Kitty Hawk modeling company seems to be gone. With it, quite a few nice releases are off the shelves as well. Once the announcement was made, people started buying Kitty Hawk kits in bulk, from wherever they can as quickly as they can. That left a gap, very significant in helicopter scale model world. In social media, images of piles of Kitty Hawk kits started to show up, proving the popularity of their subjects, as well as the panic among modelers to not end up without their favorite kit they missed to buy last time when they went shopping.

How about their unreleased kits though? Kitty Hawk will be missed, this is a fact. Not only their helicopters too. Everything they offered. But there is something even worse. They promised more and they were never able to deliver. Specific example of this is their line of Su-25 Frogfoot kits in quarter scale. And this is something that really worth its own discussion for more than one reason.

So far, we never got to see a decent Su-25 in any scale. 32nd scale beast from Trumpeter is huge, but it has some flaws that are hard to live with. 48th is represented mostly by obsolete repacks from various companies, including serious guys like Eduard, but they are not up to date besides geometrically speaking. Smaller scales are not so exploited nowadays, which leaves us with the only promised /but never delivered/ new tooling of Su-25, which was expected by no one else, but Kitty Hawk.

Kitty Hawk released some renders couple of years ago, starting with Su-25K. Quickly, Su-25UB followed. Then, in their catalogue /or whatever that list of models was/, there were both options K and UB pending release. Sceptics were many, expressing some doubts in Kitty Hawk’s engineering approach, which if one has to be honest is odd at some steps. There were worries that the Frogfoots will be over-engineered and with some illogical breakdowns. Fans and believers on the other hand were cheering the fact, that finally a new Su-25 Frogfoot is being released and hopefully with up-to-date tooling.

Now, both sides are quiet. Why? Well, it seems that we might get zip on the subject after the company’s disappearing this summer. So nevermind brilliant or over-engineered, Su-25 from Kitty Hawk is no longer planned and is probably never happening.

It will be speculation to analyze what would have been if the kit was released in the end. One thing is certain though – that would’ve been something new. And something missing from the 48th scale market. Especially with the serious participation of the Su-25 in Syria in the last years and the media attention that the plane gets from its involvement. 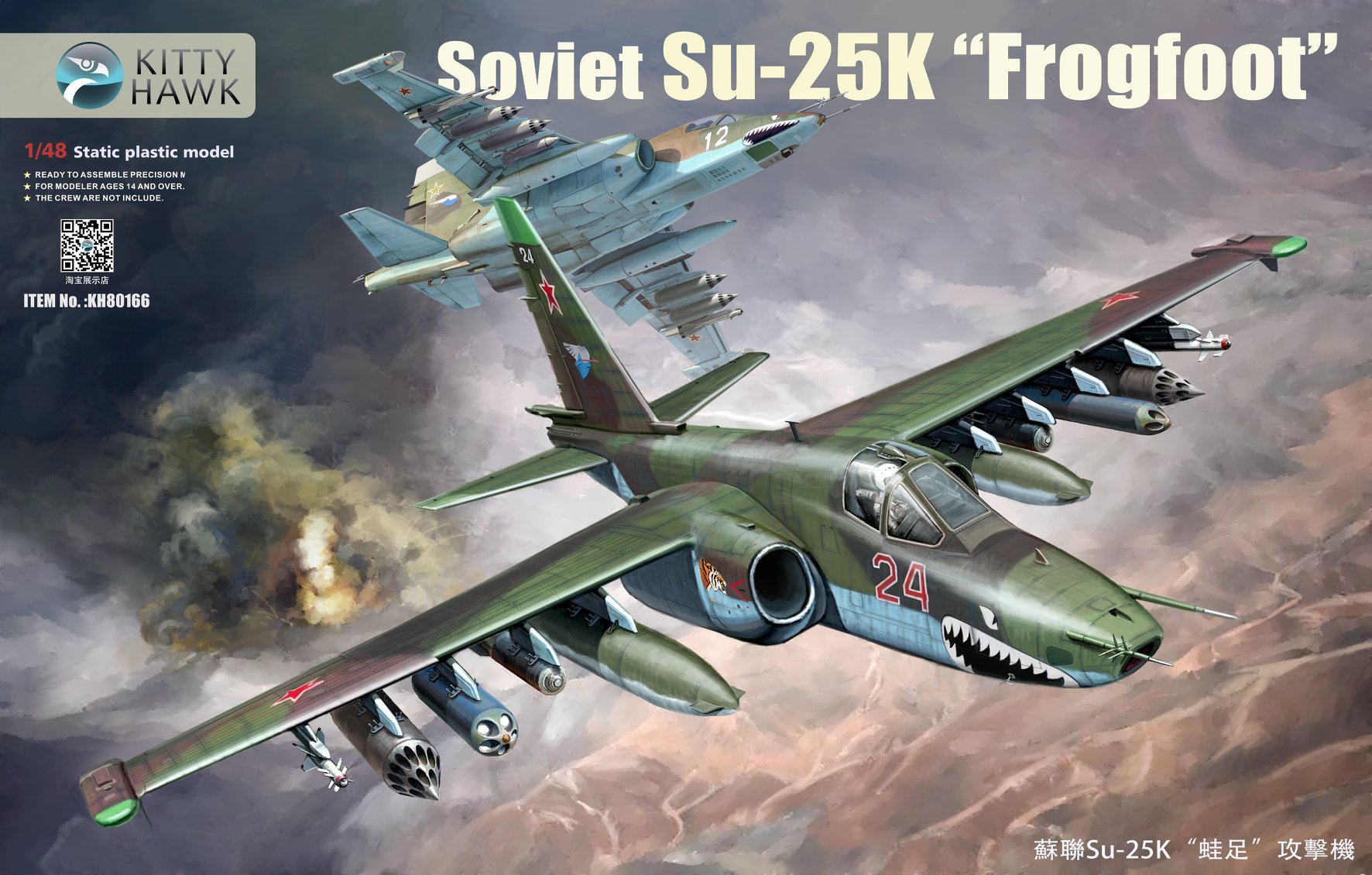 That is definitely a hit below the waist for Soviet/Russian aircraft modelers. A plane with such popularity and on the verge of a completely new tooling being released…and now everything is belly up. Or is it…?

There might be still hope. A hope that some company will buy the project to whichever point it was brought to and continue it up until its release under new name and/or brand. The same way that – the rumor goes – its happening with the Wingnut Wings 32nd scale Lancaster. Because it seems unlikely for someone else to start from scratch with the Su-25 soon.

It seems like a reasonable option, especially with the fact that Kitty Hawk Su-25 was planned for 2021 release, which eventually means that they were close to the end of that project. But on the other hand this is not certain either, since we all know how Chinese companies love to promise and almost always underdeliver. Especially time-wise.

Too bad for the Frogfoot. It deserves a decent kit in 48th and in 32nd. Still, there is none available at least not without some compromises from buyer’s part. None is up to today’s standards in its whole. From Kitty Hawk’s Su-25K and Su-25UB we have only two beautiful boxarts left and a memory. A memory which we hope somebody else will materialize in the future under a different name. Or brand. We shouldn’t care which, as long is it happens in the end.