Kitty Hawk continue their series of surprises announcing new helicopter models every once in a while. Next we are about to expect the famous Black Hawk and its derivatives. Luckily – in 35th scale. That is a logical step, considering the theme of the boxart of their Little Bird in that same scale. It is almost like a piece of the movie Black Hawk Down. Now, the protagonist of that cinematic masterpiece will come to live in plastic.

From what Kitty Hawk hints, we should expect more of the line of the famous bird. Sea version, which is one of the most popular Academy releases now gets a substitute and a rather promising one. Academy kits lacks sophistication and even though with a decent price are far from satisfactory for the most modelers. Kitty Hawk are the exact opposite of that. Even though not perfect, they feature great detail and superb design, plus many of them have additions from Werner’s Wings in the form of decals.

The first release – MH-60L Black Hawk – will be exactly like that. With a completely new tooling, hopefully up to the current standards and with Werner’s Wings spice in the box. Werner is a pro in the area, so if anyone knows what to add, that is the man for the job. 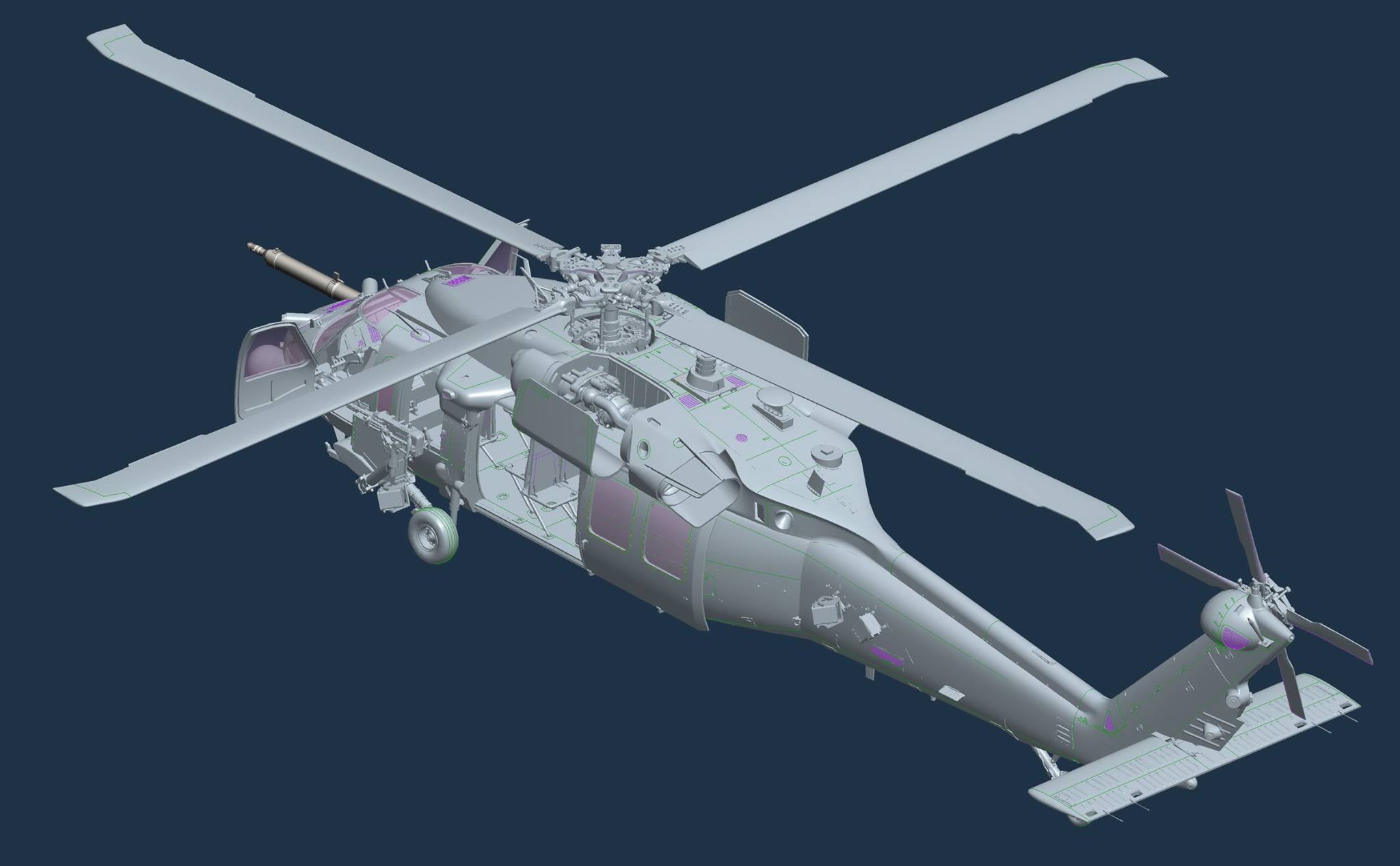 I am fan of the Black Hawk, but I am bigger fan of other versions, most importantly the Coast Guard helo. For that last one there is no info yet, but since HH-60G Pave Hawk and SH-60F Sea Hawk are on the way, probably we will see one specifically designed to be released as a MH-60T JayHawk – the Coast Guard bird.

The release, as far as I know is set for the mid summer 2018. That is for MH-60L Black Hawk. Soon after, the SH-60F and HH-60G will be available. So stay tuned for those upcoming helos. The market begs for that and we are close to very interesting times and wonderful looking Hawks at the modeling shows!