MH-6 /AH-6/ or Little Bird, is an attack helicopter used for special operations in the United States Army. It is also known as Killer Egg due to its distinctive shape. It was used in Grenada, Nicaragua, Panama, and Mogadishu /Somalia/ – all of them, places with specific requirements and somewhat obscure in strategic sense involvements. If you have seen the movie “Black Hawk Dawn” you will be familiar with the case.

That makes it quite an interesting object for modeling and Kitty Hawk delivers a 35th scale option for its fans. Killer Egg is not a big helicopter, so the scale is pretty self-explanatory in this case. We have a lot of helicopters in 35th scale available, however US birds are somewhat pushed back from the main stage by Mi-24s, Mi-17s /Trumpeter/ and some Eurocopters /Revell/. The rest is mostly Academy and they suffer from age problems. They do have their own version of the Little Bird, but it very old tooling and probably will be unsatisfactory for most of the modelers. 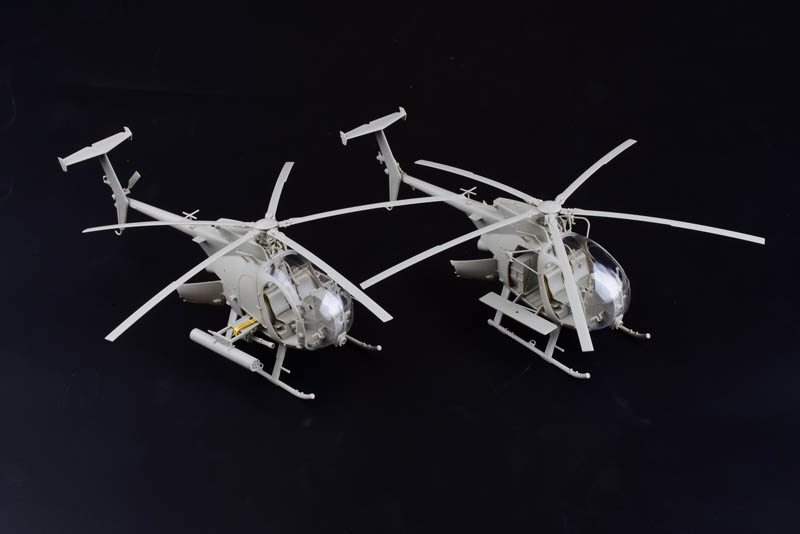 With their beautiful Venom and Huey, Kitty Hawk filled a gap in 48th scale market and are now a benchmark in it. The promise of a bigger Huey is undoubtedly the most anticipated one, but the AH-6 is a promising kit too. Both are on the way, however the Killer Egg will be the first to hit the shelves most likely.

What we have seen so far are some pictures of the built helo, in two variations: with and without armament, with engine, beautifully crafted clear parts and realistic main rotor. Latter one is a usual trouble-maker for modelers, since the bending of the blades is rarely replicated with precision. Surprisingly, here everything looks good enough and for myself the biggest surprise was that it looks thin and in scale. That is, of course, the toughest challenge for the manufacturer. 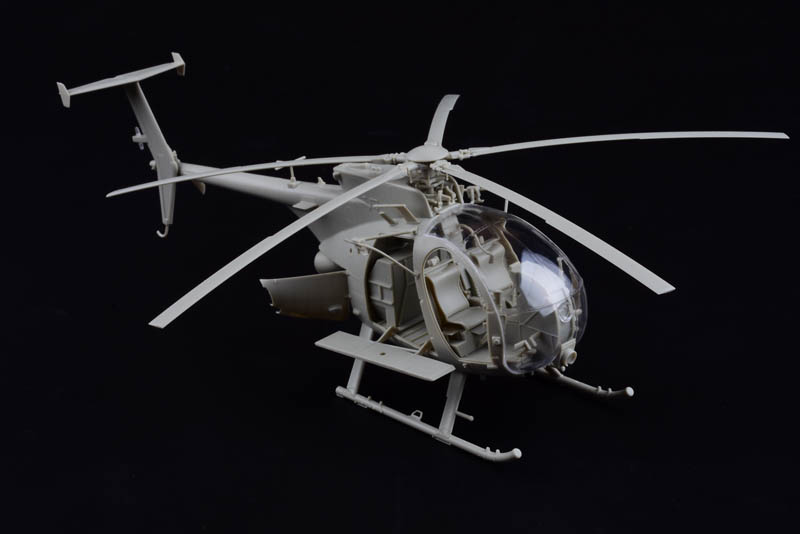 I cannot say more than this, not before I get my hands on the model, which I hope will happen soon, but at first glance it looks more than promising. Masks are being contemplated for the Little Bird AH-6, since it features rather large clear parts and they will be more than useful. DN Models will try to be there in time for the fellow modelers. Hopefully we will get it soon and right after – the bigger scale Huey. Kitty Hawk are definitely gaining popularity among Rotorcraft modelers and they are building a name for a very serious player on the scale modeling market!

You can guess from the pictures: engine, photo-etch parts, wonderful details – helicopter lovers will be busy for years to come with what’s on the horizon. All of that is great news and proves that this hobby is not dying like most of the people think. Just the contrary – plastic modeling is in resurrection phase. 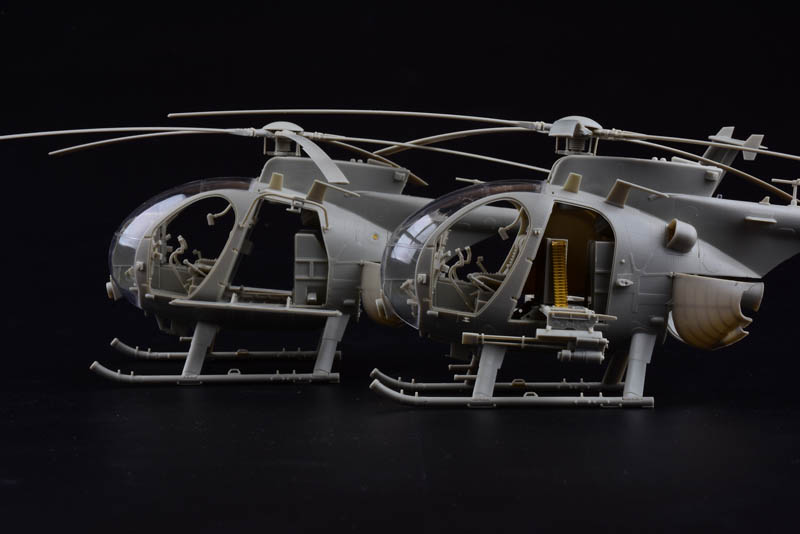 Pictures used are from LSP.