Kinetic EA-6B Prowler is one of those kits that stood well with time. Actually, only a few models have done that and they appear to be very highly cherished among the modeling society. Those are kits, that despite their age, they are still being re-issued and/or repacked and that never stops them from being sold. Nor slows them down. It is surprising, but it is like cinema – there are movies that no matter how old they get, they still worth your time.

Kinetic first released their EA-6B Prowler tooling in 2011. At the time, only Airfix and Monogram offered the plane in quarter scale and that was rather irritating. In the first decade of the 21st century, scale modeling went through a renaissance of a sort, reinventing the hobby and the qualities that a scale model should possess. Well, it was clear from the get go that for the Prowler, neither Airfix nor Monogram would do the job. So cleverly, Kinetic approached th subject and carefully retooled it into something that was a big hit on the market from the moment it appeared.

Kinetic EA-6B Prowler is not a flawless kit. It is not very close to that either. It is a good tooling, but for perfection it requires a true modeler’s touch. Some segments are missing finesse with this tooling, most importantly the cockpit, the gear bay, as well as some touches in the electronic compartment. Not a necessity for all, but still a good to have in a contemporary kit. So the aftermarket producers stepped in. And the final result was actually quite good. There are options for the cockpit from Aires that are being considered a masterpiece items. Eduard PE add-ons as well. 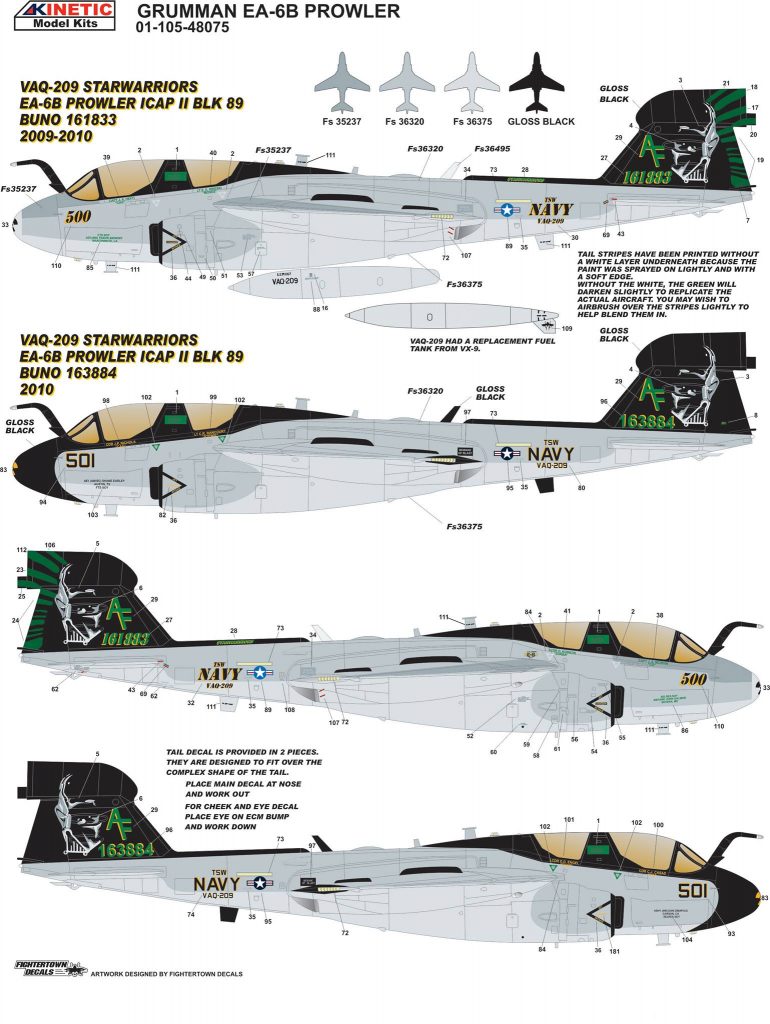 Another miss on the kit was the thickness of some elements. From this stand point though /10 years ahead/ it is easier to judge than it was back in that time, but the solutions for some of the thickness problems was also found rather quick and solved it for the Prowler fans. In the end, besides Kinetic EA-6B, there were nothing else to toy with if you want a Prowler on your shelf, at least not a modern one.

So fast forward to 2021, Kinetic EA-6B is being re-released with new decals included /designed by Fightertown decals and produced by Cartograf/, in its ICAP II form and most importantly – in the Dart Vader livery. The latter one is and probably always will be a point of interest for many of the STAR WARS movie saga fans. Adding to that is the fact that on the typical NAVY or MARINES jet grey is predominant color, while with such paint schemes black is present as well. And in rather attractive manner too.

But having said that we might also note that the decals by themselves are worthy of getting even as a stand alone set, so included in this latest Kinetic release it is more than we can wish for. Cartograf are still the very best on the modeling scene and Fightertown designs are very popular among aftermarket fans. So even this being the fifth Prowler – four from Kinetic and one repack from Italeri – it still promises to be a hit on the market. The fact that all the previous ones featured attractive paint schemes only adds to that. Another fact that helps is that Trumpeter with their wonderful A-6 in 32nd, still haven’t approached the Prowler in that scale, which makes Kinetic EA-6B the best Prowler that we can get in any scale. 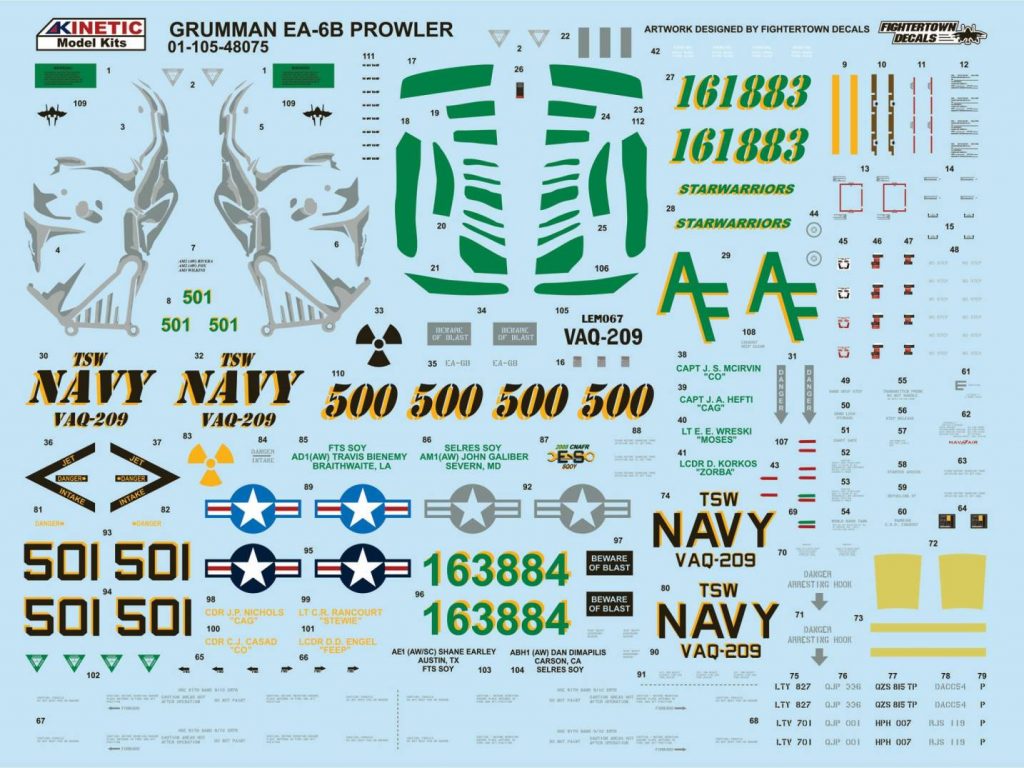 So despite being ten years old tooling and far from perfect, plus the fact that Hasegawa repack approach rarely works for anybody but them, Kinetic EA-6B stood well against time. So much so, that re-release of this Dart Vader option created a lot of fuss in the social media and good ol’ forums all around. At this point it is unlikely that any other manufacturer will show up with something to push the Kinetic from the Electronic Warfare of the 80s and 90s arena, but re-inventing the kits is always good and we can only hope. Up until the time for that comes, Kinetic’s Prowler proved to be one of those kits, that you will be wise to get and build. Or stash. Even if it is the latter, those modelers who have them for a decade in their stash have made the right choice back in a day. This repack proves it.