The market is eagerly awaiting for a new Jagdpanther for years. DML kits are good, but they stand at the same level while times goes by, which at some point will make those kits obsolete and that is inevitable. For some time I was wondering who will be the first to hit the Jagdpanther theme and obviously, that will be MENG Model. Most likely, TAKOM will follow, considering their large amount of Panthers recently released and some – pending release.

This is good news in general. I say in general, simply because MENG Model are a good company overall, but are still struggling with some issues. As such many consider the flaws of their Merkava III and D9R fit problems, some engineering decisions and the common delays for their promised releases. Hopefully, those won’t be present with that new Jagdpanther kit. 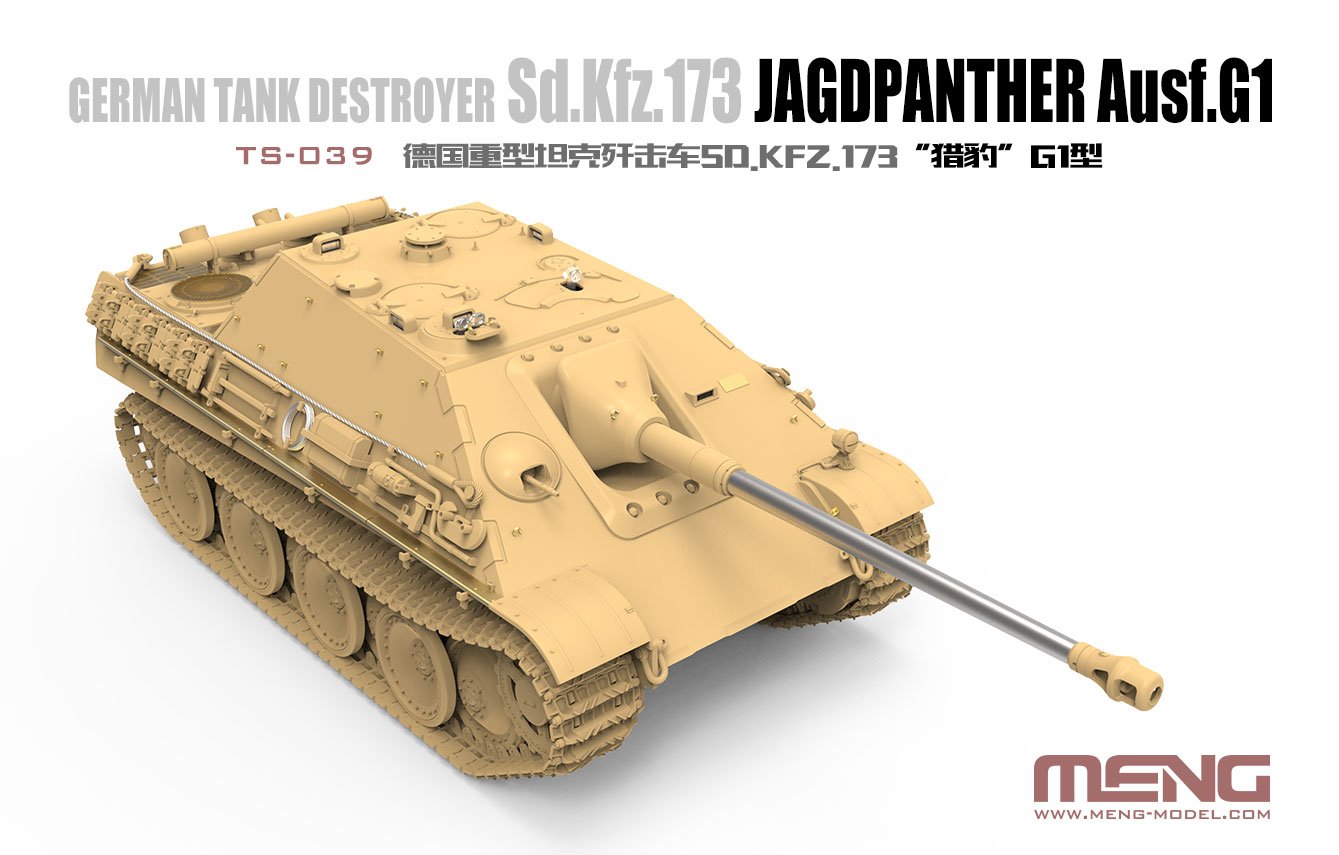 From the renders that are available on the web already, it is visible that there are some transparent parts, as well as photo-etch grills and metal gun barrel. The towing cable also seems to be planned as a non-plastic option. That is all – great! However, it is far from enough for a kit to be complete and of course – to be competitive to DML Sd.Kfz.173s.

Accuracy is what is desperately needed for MENG to give us a serious model and with the information nowadays it will be a sin if they do not provide us with a decent Jagdpanther. Another thing is the options available: it is useless to have one option per kit as we see in many companies’ catalogues recently. There should be at least several options included, considering the production run for armored vehicles during the Second World War. 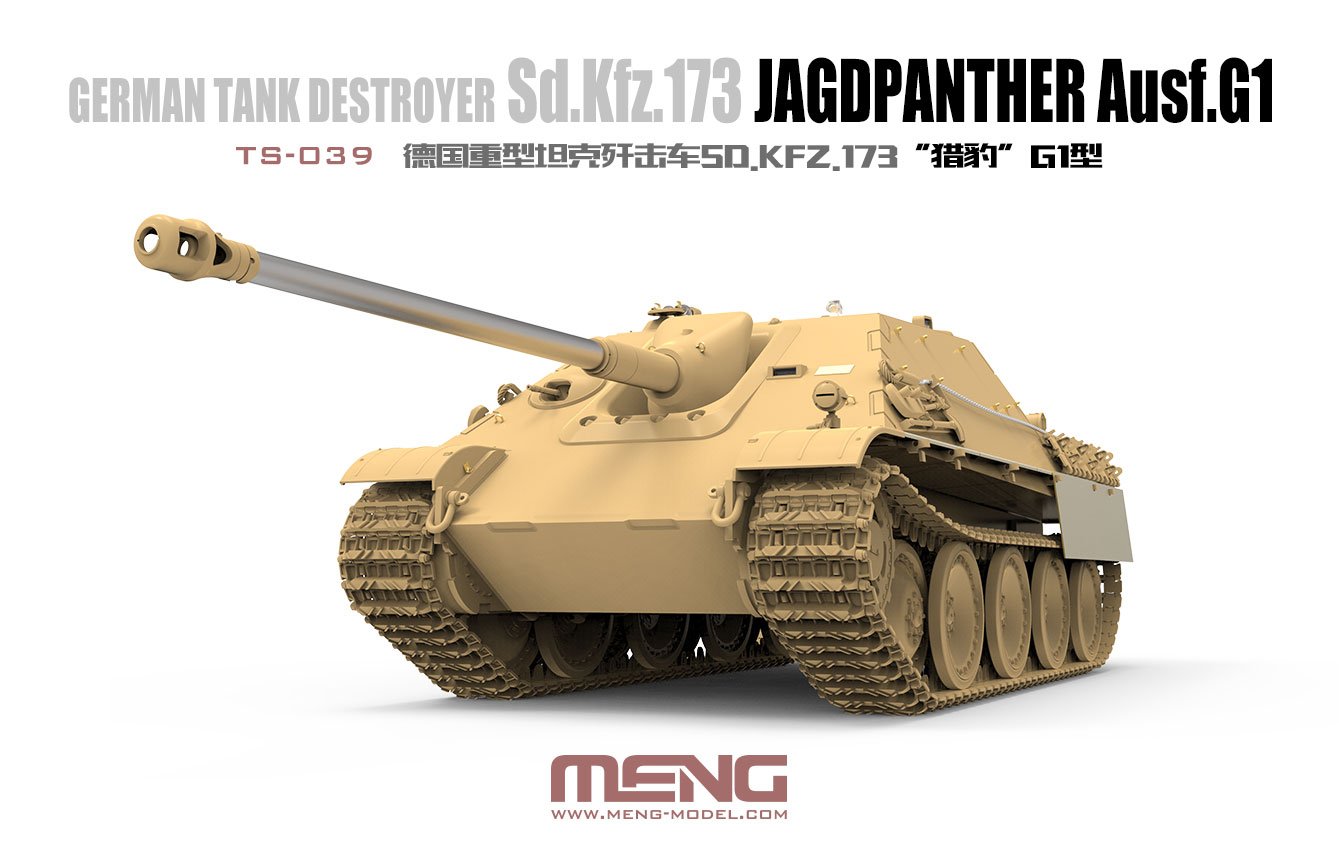 With all that said and the beautifully looking renders of the Jagdpanther that we have here, I would dare to speculate that we are about to see a very good Sd.Kfz.173 very soon and at a good price too. There is no doubt in my mind that TAKOM will respond very quickly to the challenge and probably full interior and similar goodies will follow. Let’s hope that MENG Model will act fast and will not disappoint. With the Jagdpanther that is the least we want to happen!