One of the most innovative modelers that we know and have work with – Milan Mitev – is an avid fan of F-35 in its variations. With special interest in the B- version, Mr. Mitev gained a significant amount of knowledge about the kits representing this machine. If you remember, not so long ago, in DN Models’ channel on YouTube, we posted a transformation video of his Kitty Hawk F-35B. Besides amazing skills and engineering ideas, Mr. Mitev showed that even a mid-level quality kit can be turned into a superb miniature. That is why we count on Mr. Mitev’s expertise when it comes down to F-35 series, and this review will share is view of Italeri’s 72nd scale version of the aircraft released just last year. Tamiya will follow with their own repack of the kit, so we decided that it is worth the effort to share an expert view and opinion on smaller B version in scale. 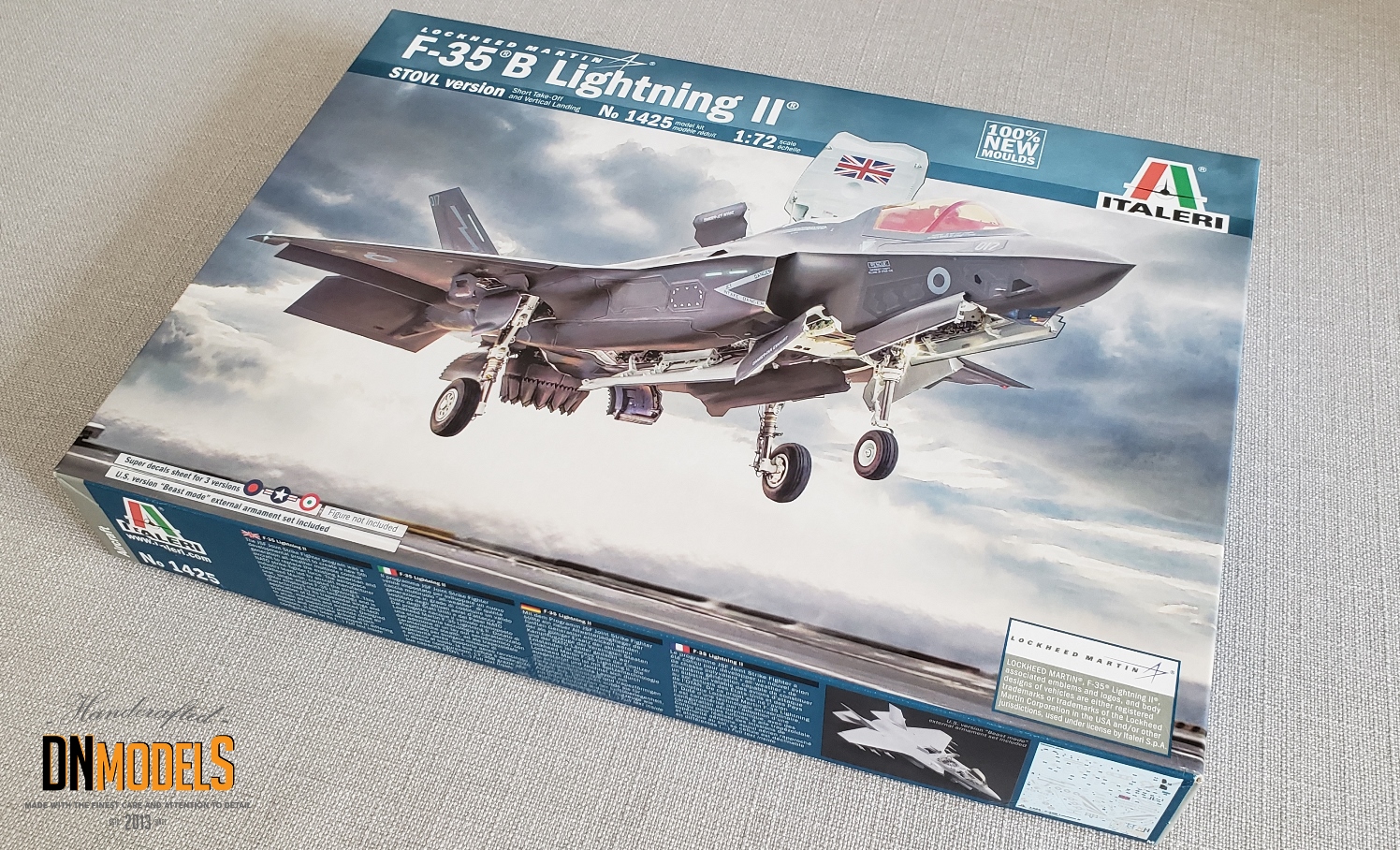 Although only about a year old, the Italeri’s 1/72 scale F-35B is an awesome model for its scale and it offers some unrivaled advantages over its predecessor kits. Actually, there are plenty of model kits of 1/72 scale Lightning II. This one impresses with the exceptional overall detail of the parts, although there are only about a hundred parts or maybe less. The box of the kit is very simple but very sturdy as well, because the kit is small in this scale. The F-35B Lightning II is not a big plane either. The box art is very nice and it depicts an English F-35B in a hovering position just like it is about to land vertically on a carrier. On the walls of the cardboard box you can see that the finished kit will become 21.7 cm in length once finished. Here is what’s inside: 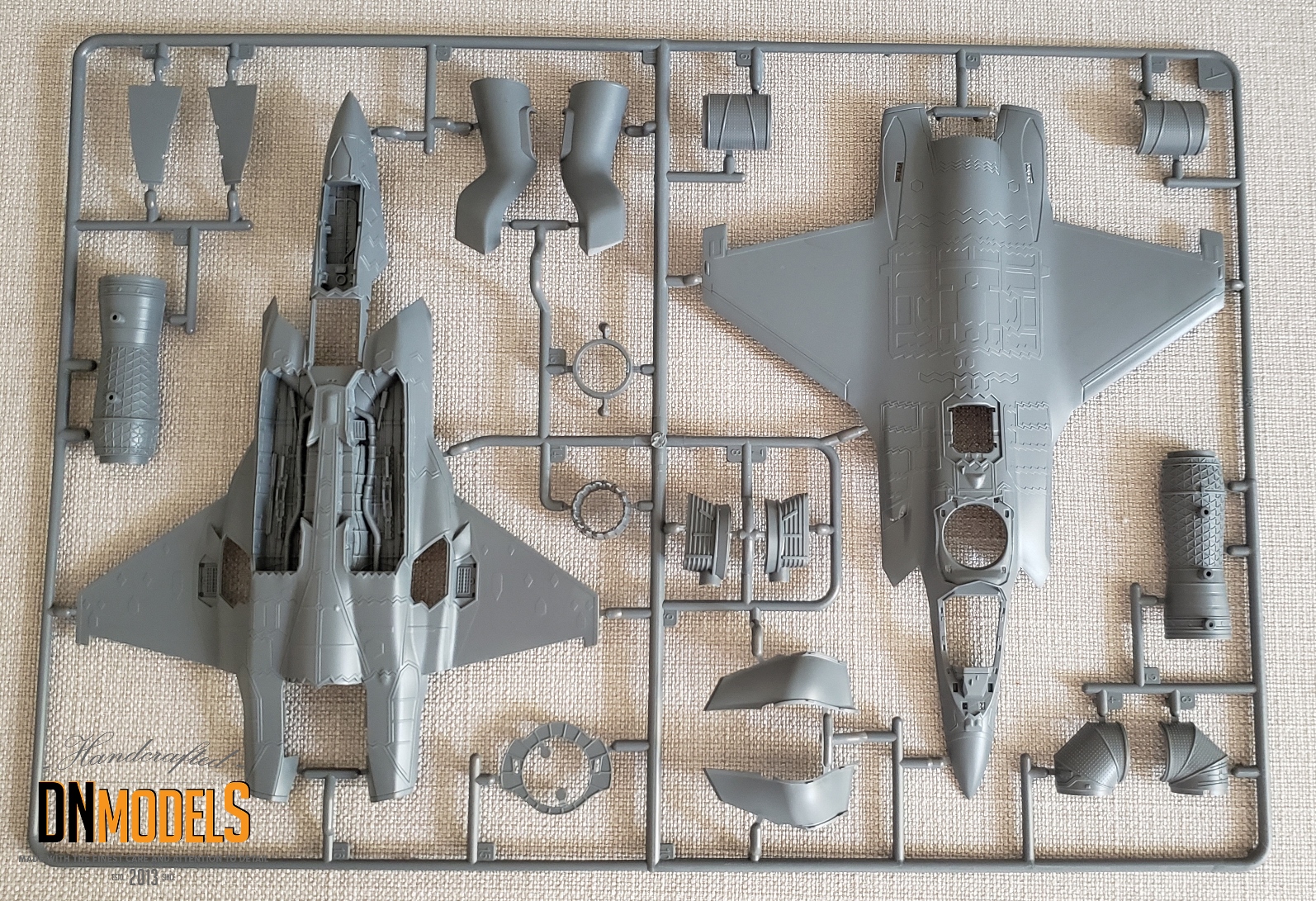 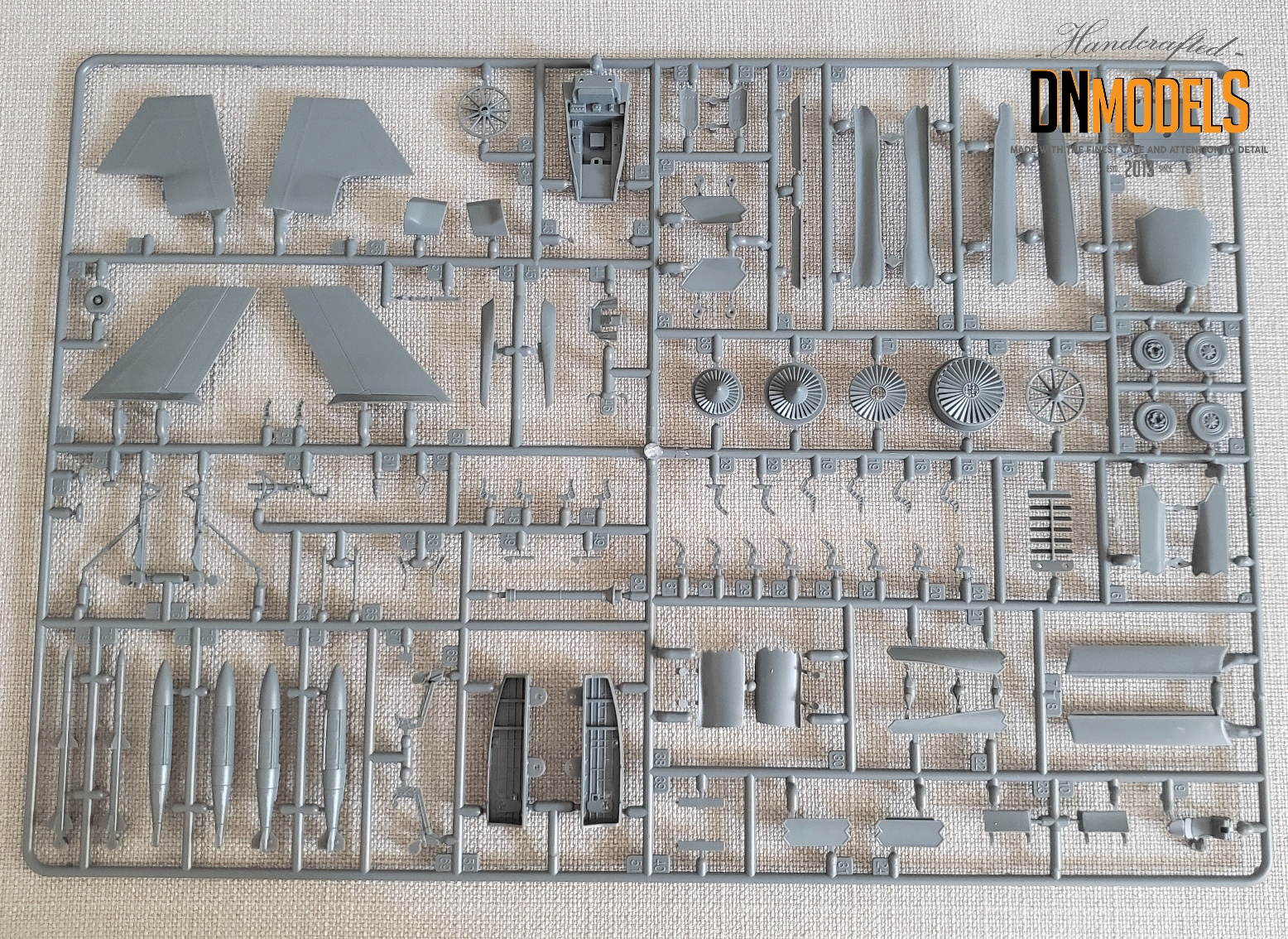 There are just two plastic bags and one small baggie for the canopy. All the plastic parts are spread on two big and one small sprue, without any flash issues whatsoever. It is a nice touch that the two halves of the fuselage are whole pieces, so it would be easier to adjust the proper symmetry and geometry of the model when you build it, even if you are novice. Another thing I should point out is the sharpness and the exceptional quality of the RAM patterns that cover the entire model, as well as the bomb/wheel bays underneath. 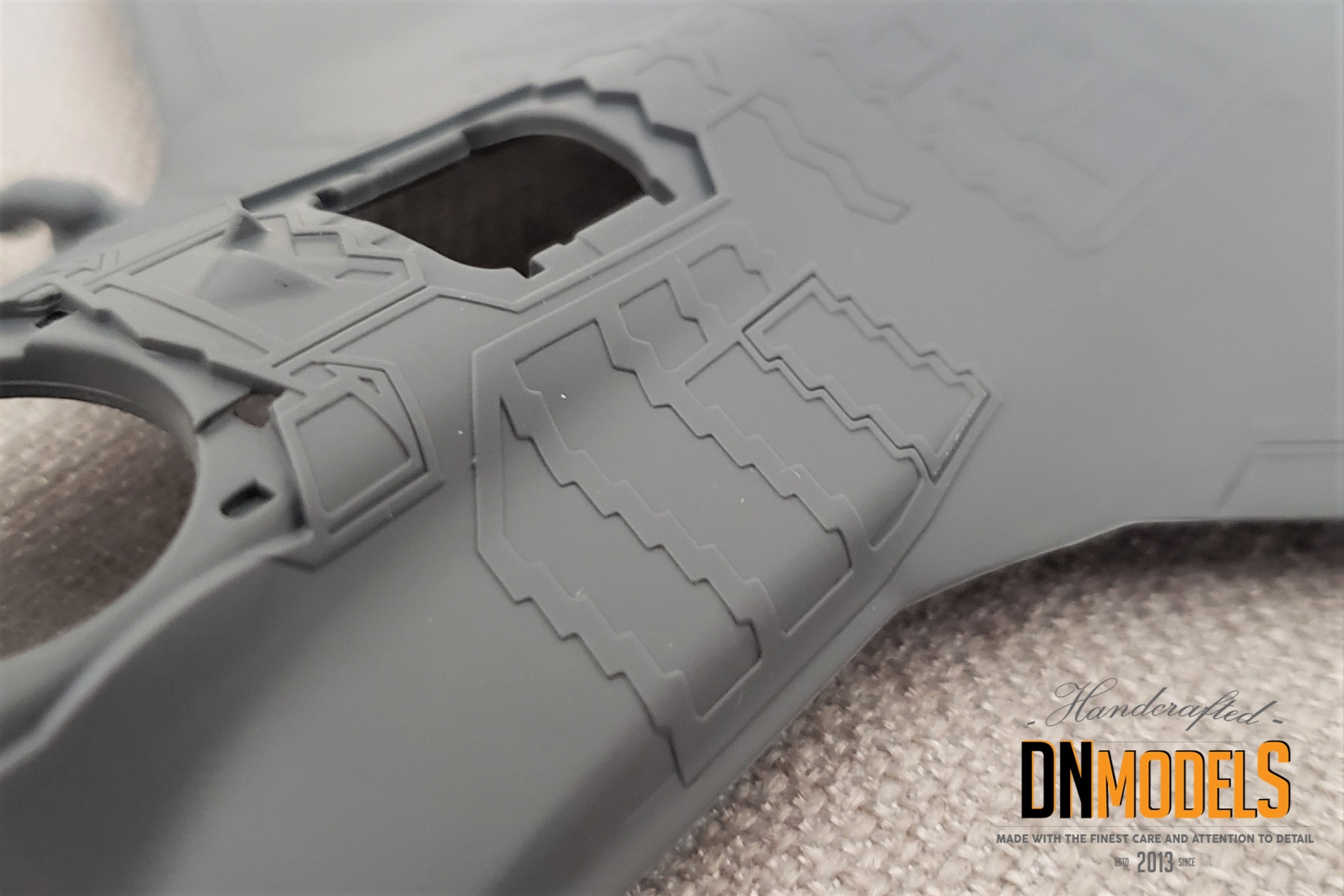 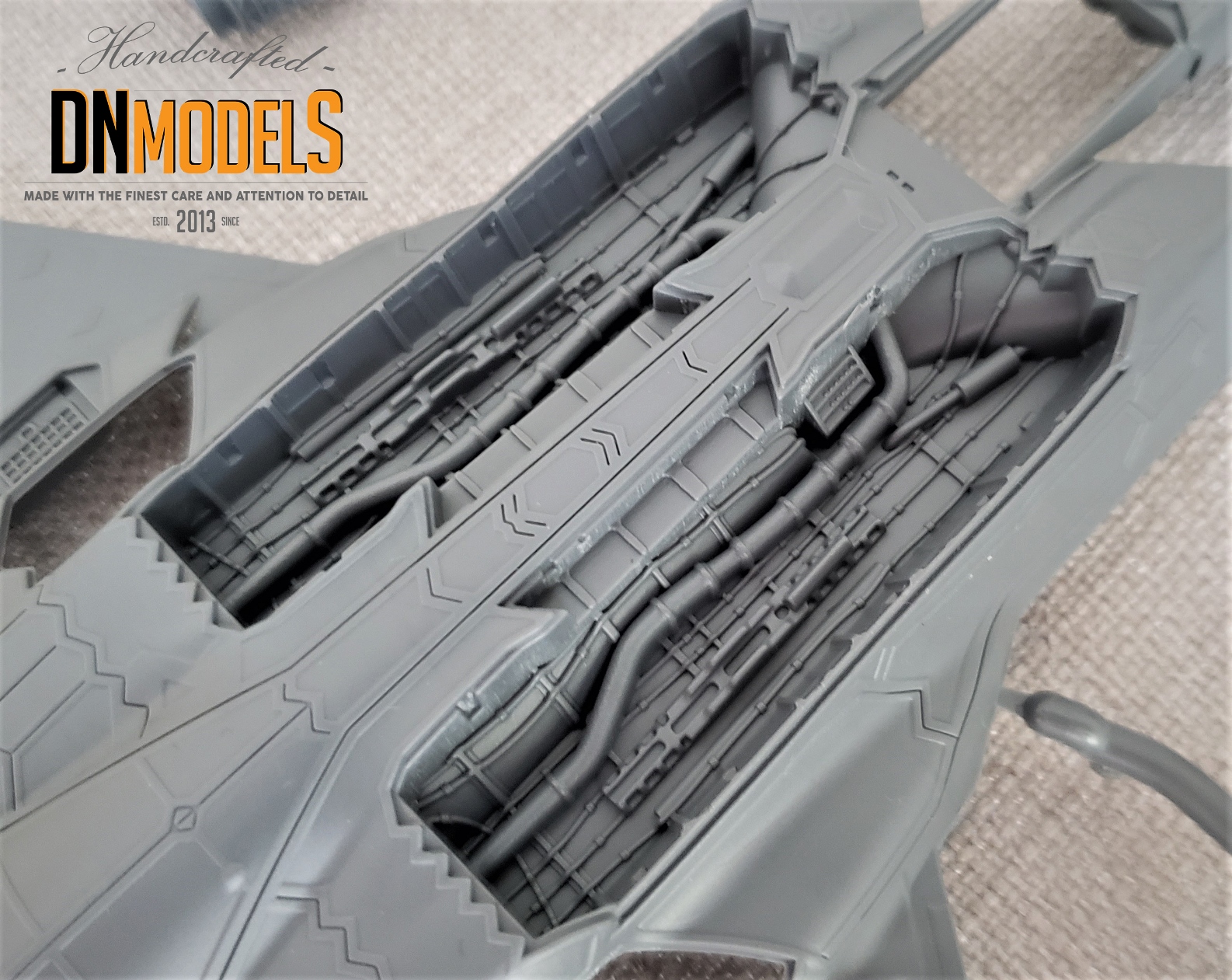 Next up, another great advantage of this 1/72 scale kit by Italeri is the great variety of options that it provides directly OOB. Many of the plastic parts are duplicates that allow you to build your model in either flying or STOVL position, for example, there are two upper doors for the lift fan – one with and the one without the hinges. You will find in the manual further directions what parts you should choose and exactly at which step. Italeri also provided a full-size engine, including parts for the turbine and the compressor, although they could be barely seen once you finish your model. There is also an additional small sprue for the loadouts, which include two types of bombs and two types of missiles. There are also external pylons so you can jazz-up your model and add some external ordnance. Well, it wouldn’t be so stealthy, but on the box of the kit, you can also see the text ‘’U.S. version ‘’Beast Mode’’ external armament set included’’. The best thing is that there are parts for a loading cart included in the kit as well! You can make your own little diorama with the plane on the ground and in the process of armament loading, for example. 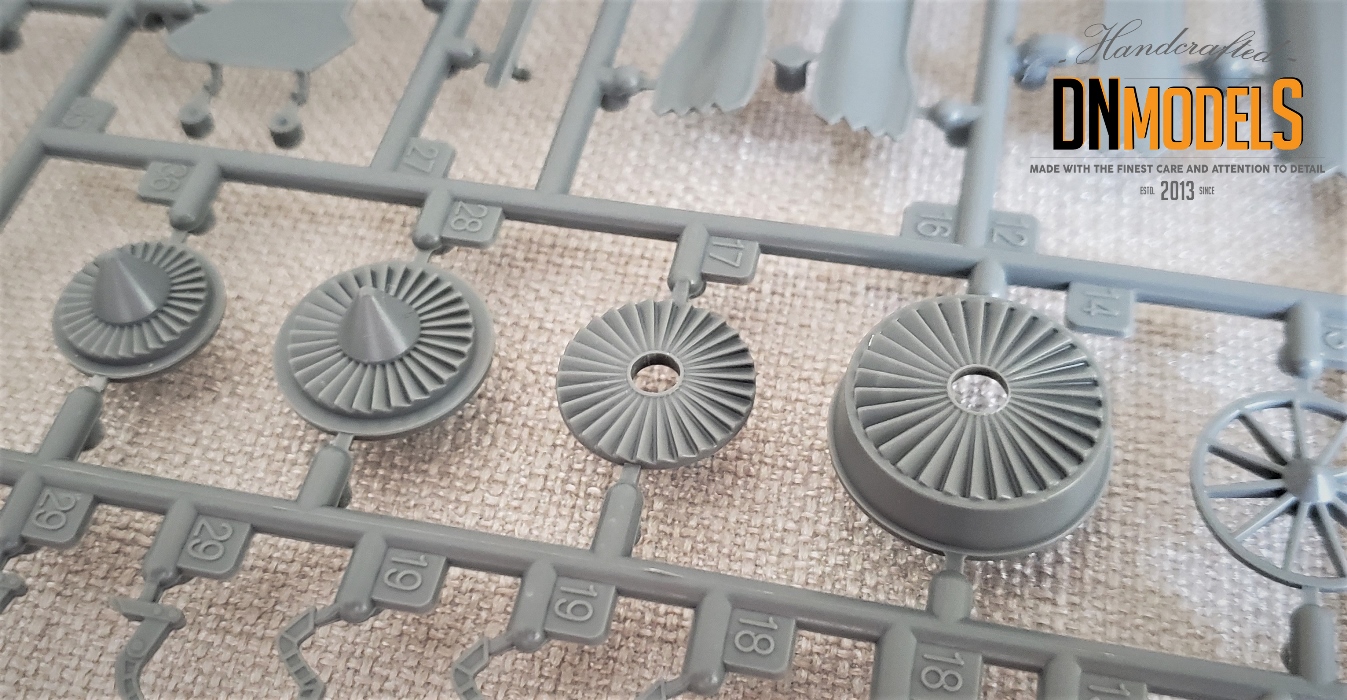 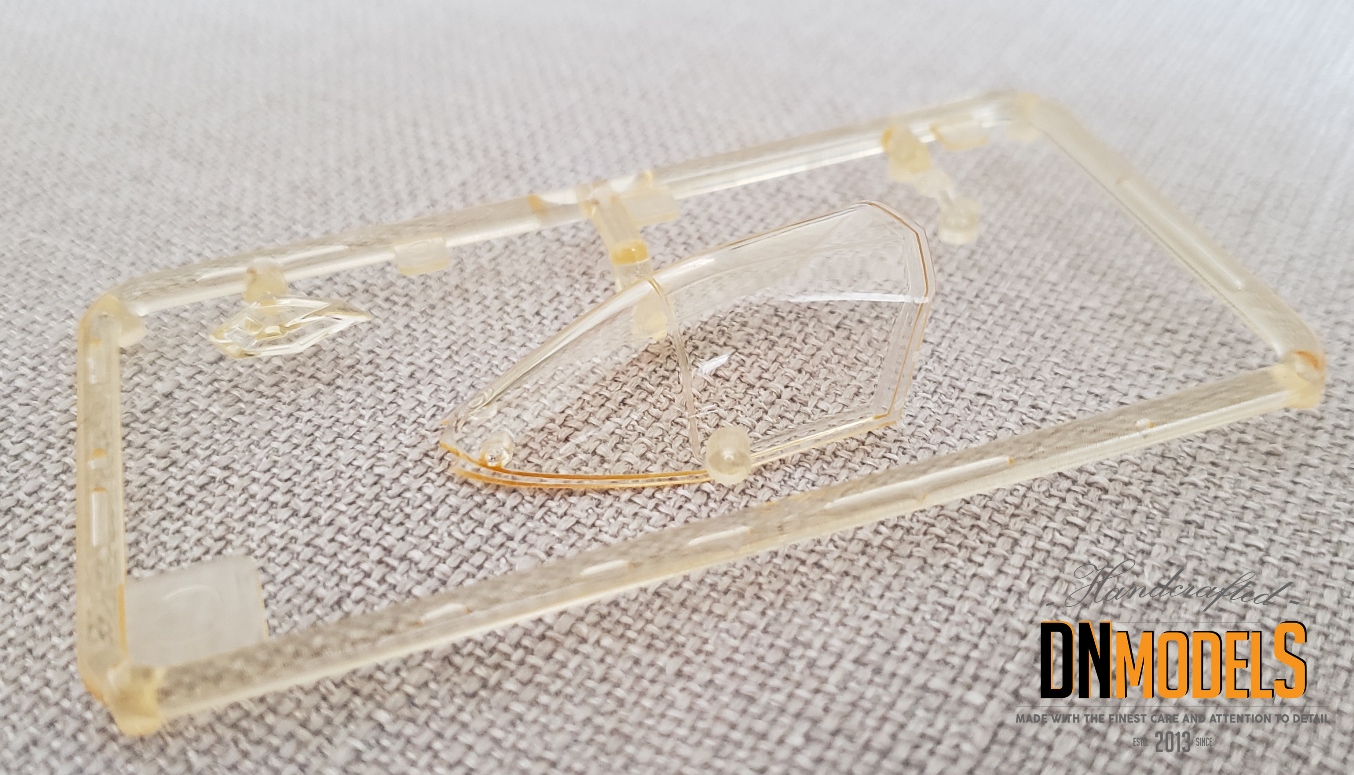 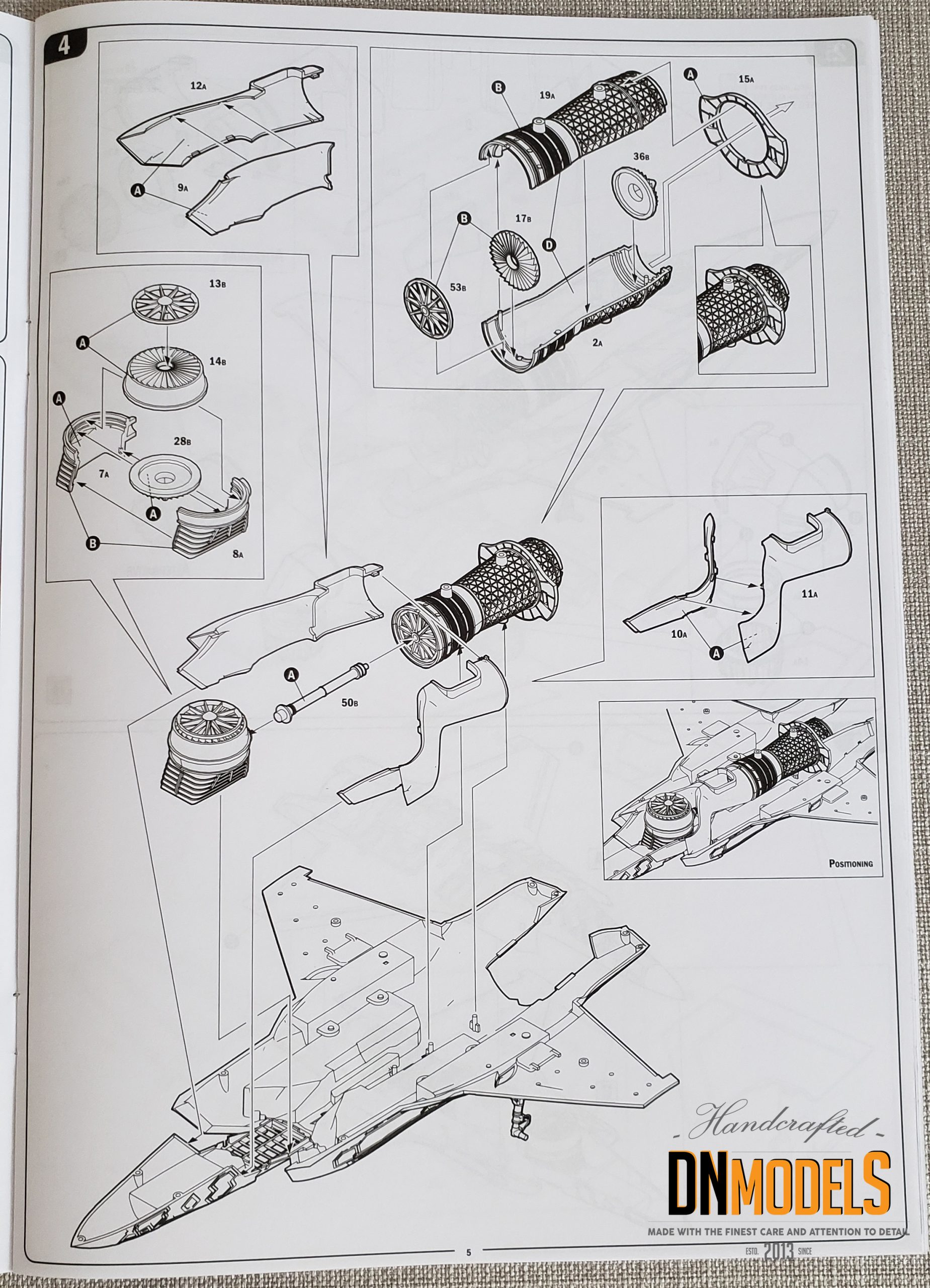 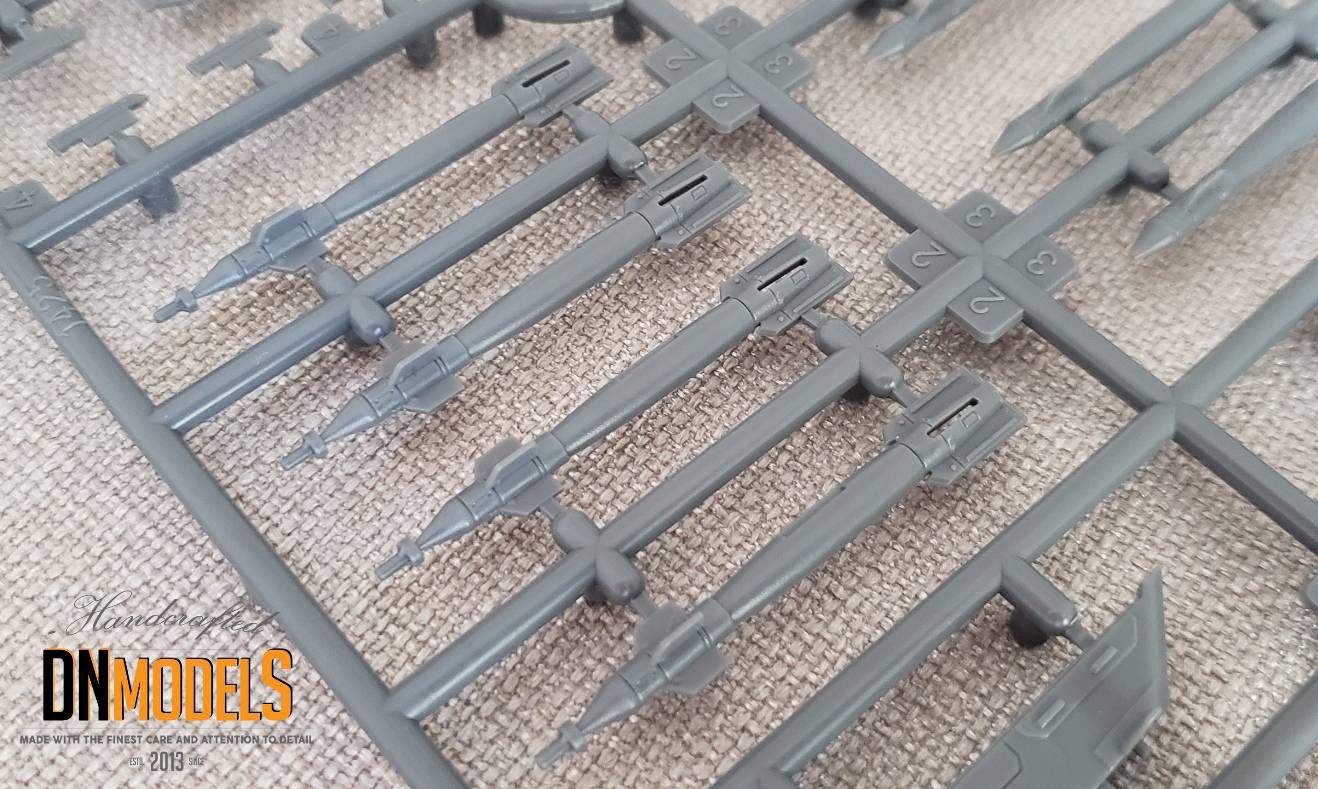 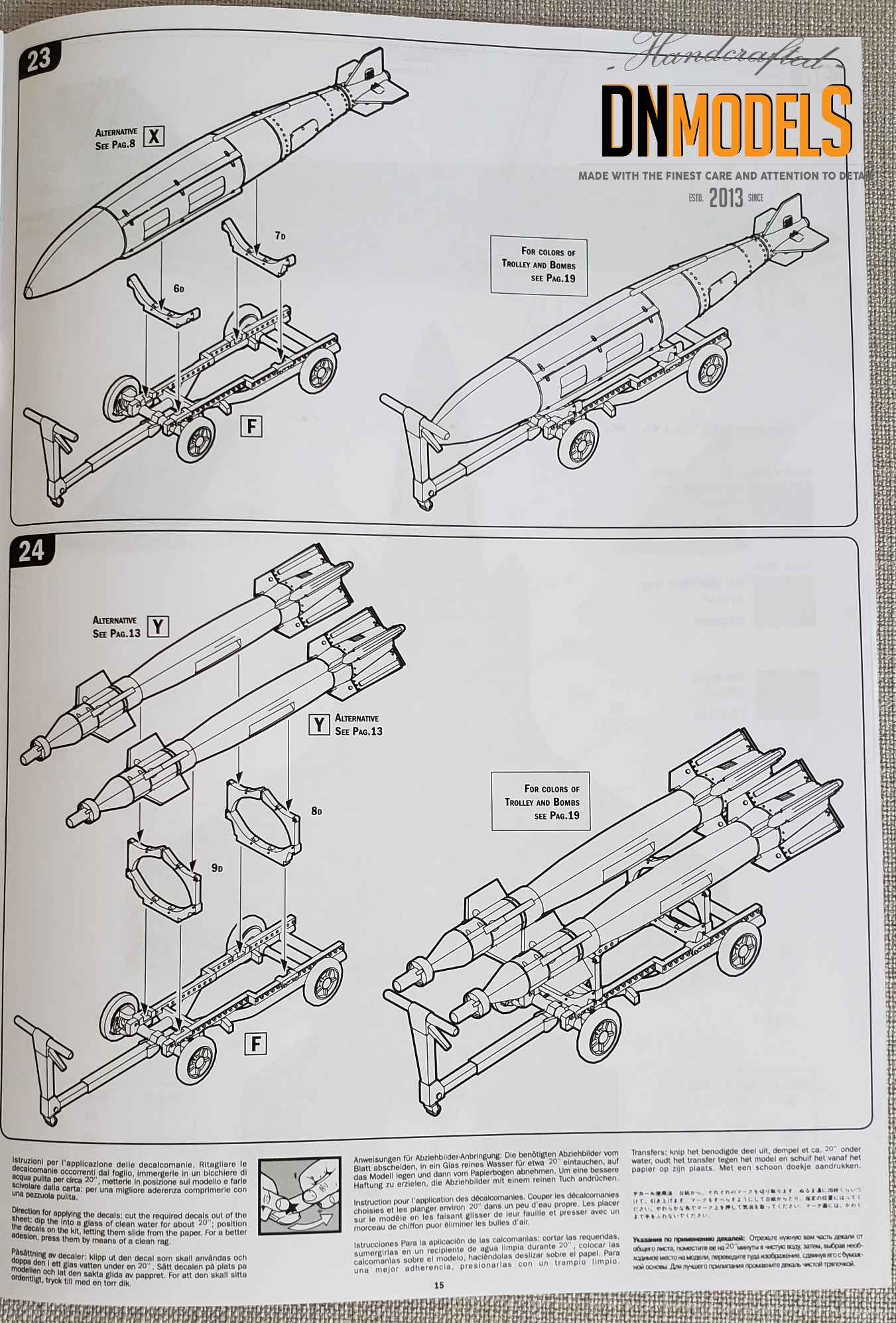 The decals are on one small square sheet and they are very good indeed. They allow you to choose from three versions of the F-35B Lightning II – Italian, English and American. The paint guide shows the needed colors while the decals are illustrated via ‘’common parts’’ instructions and separate instructions for each of the three versions available. Also take into account that there is one additional page included to the instruction manual which has the corrected instructions for the decal arrangement and for the gluing of some parts, so make sure to consider it as well. 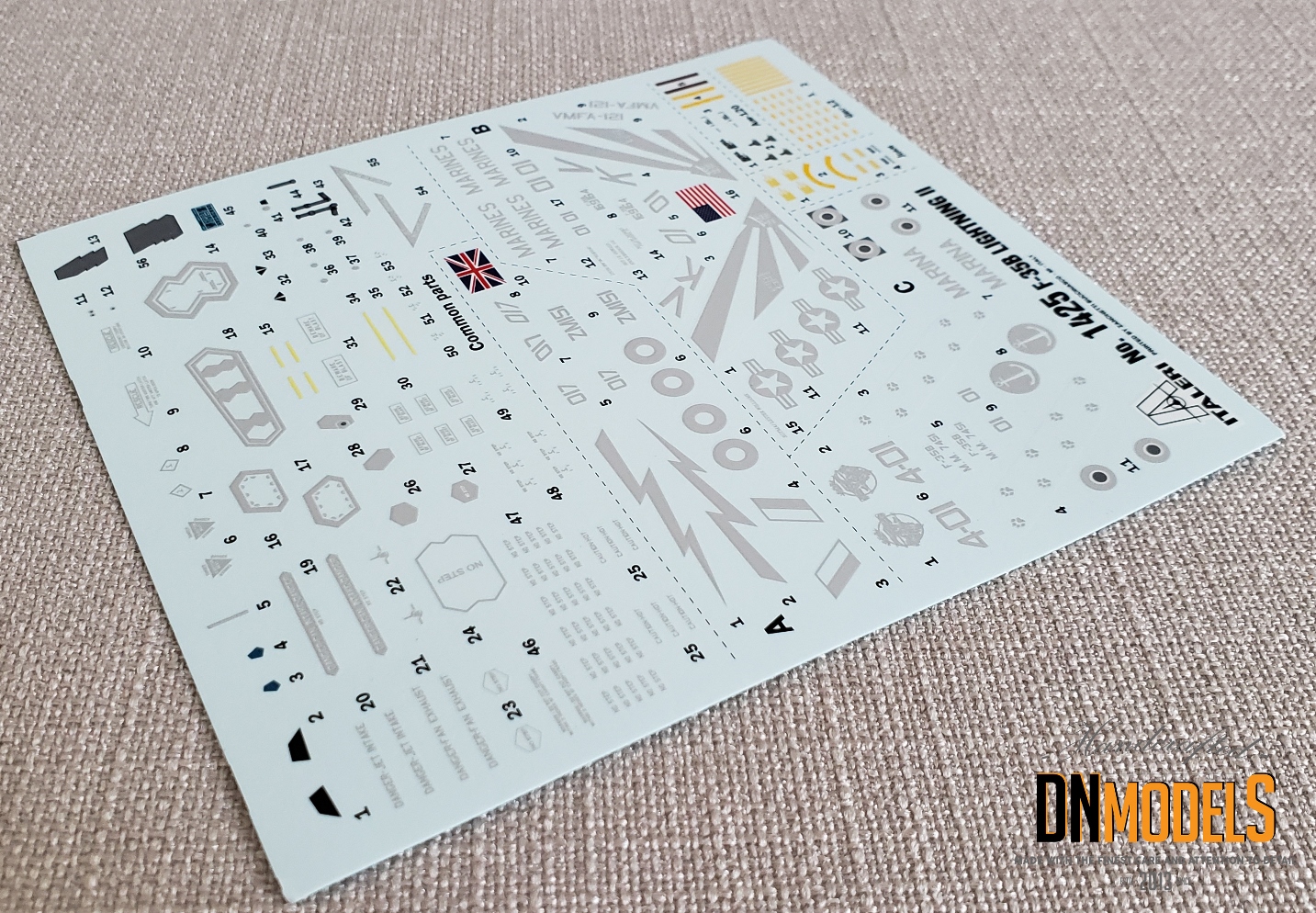 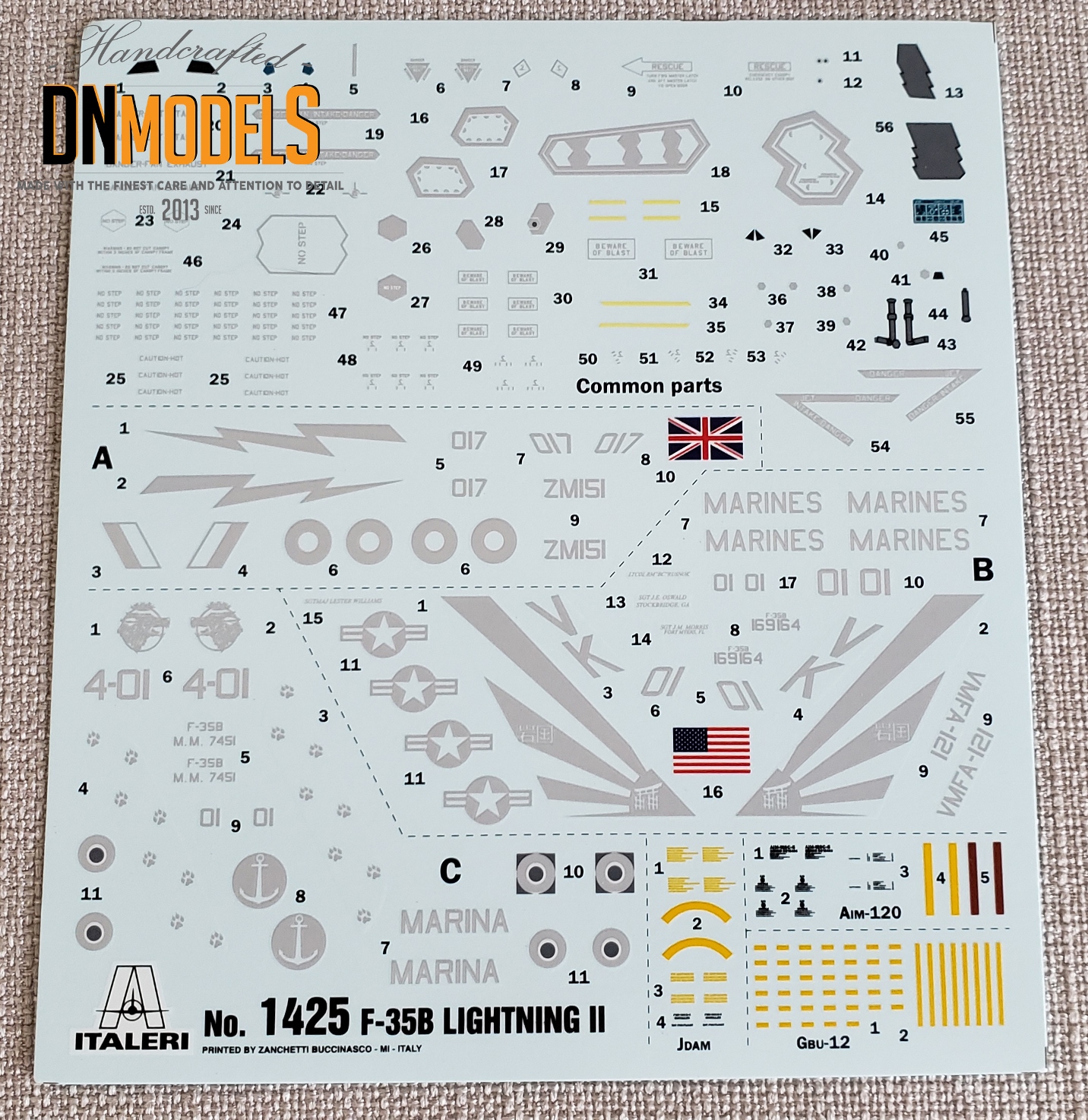 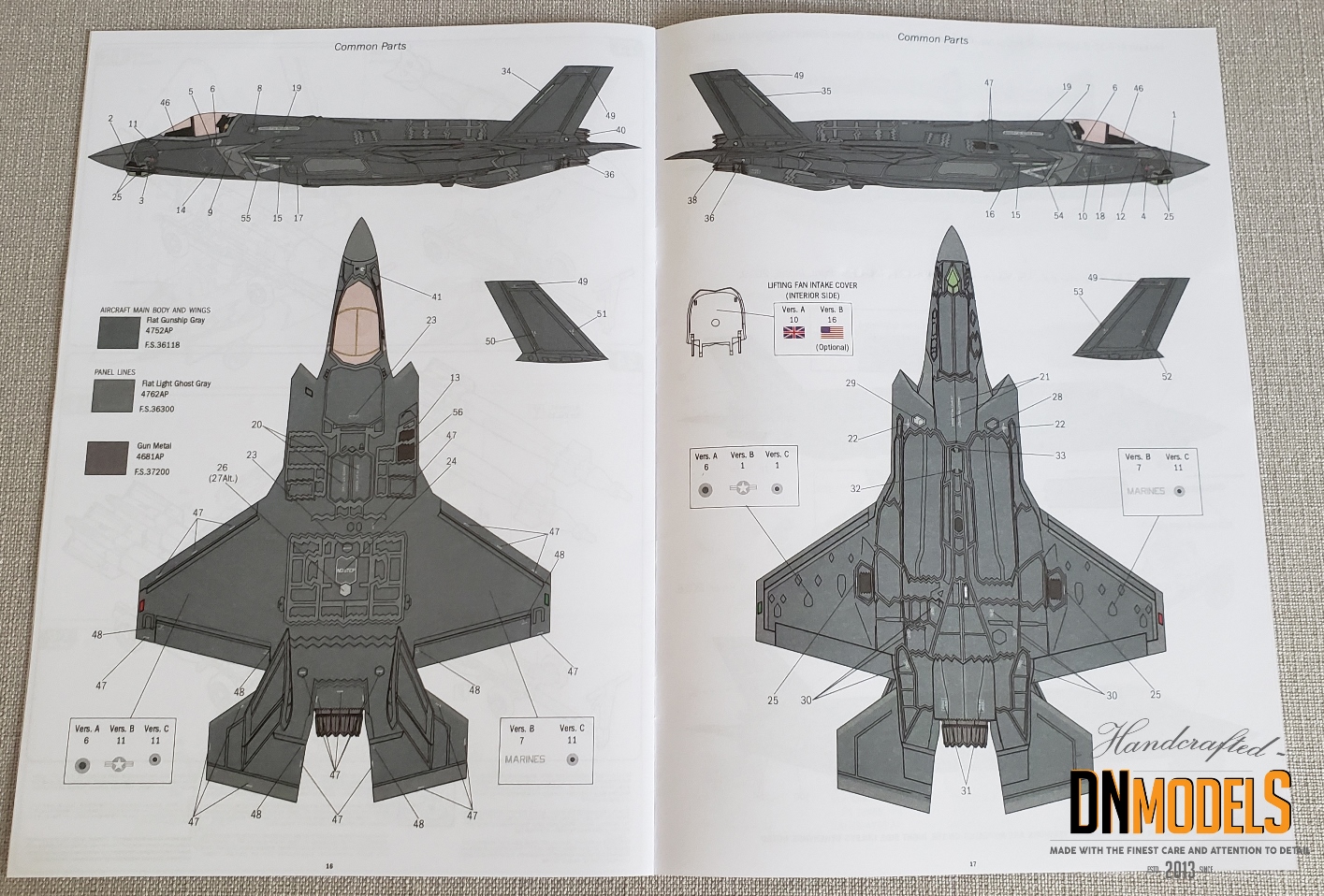 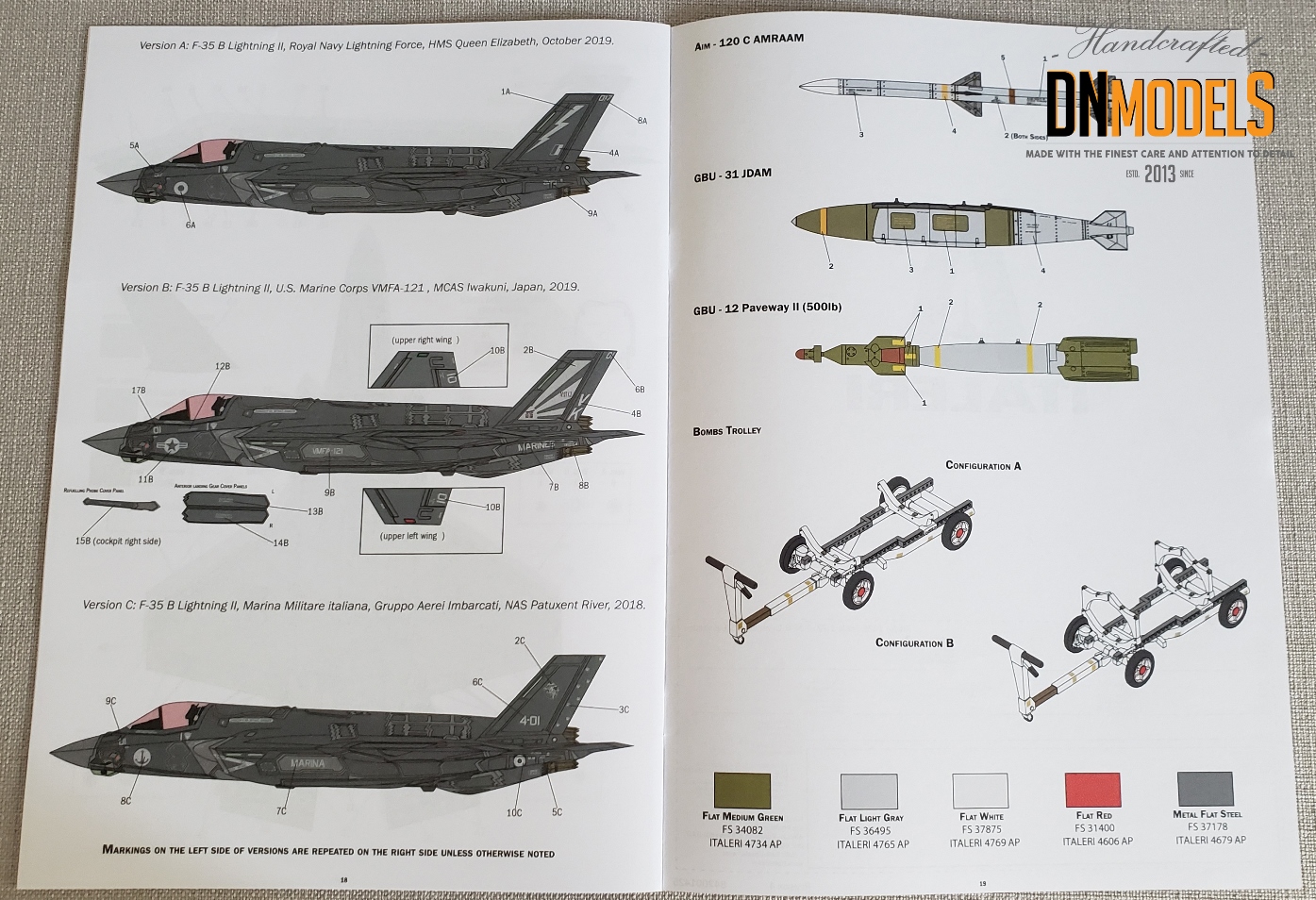 Overall, the 1/72 Italeri kit of F-35B Lightning II is amazing! It offers much more advantages but it has some little cons as well. I can highly recommend it to you even as a first model, but keep in mind that the kit allows plenty of modifications and detailing, and it needs your precision skills for a flawless result. Finally, here is an overview of the pros and cons of this 1/72 scale kit:

– Exceptionally detailed for its scale, especially the RAM patterns, the bomb and the wheel bays;

– Tinted canopy without a seamline in the middle;

– Plenty of ordnance including external pylons under the wings;

– Additional loadout cart for a diorama with an external bomb display;

– There are distortions from the canopy.