I enjoyed Takom’s models a lot. The one that I love most was the 1/16 FT-17 in Limited Edition that I made with cutaways. Before it, I have built MENG Model FT-17, which left me a bit disappointed due to its size. Takom did a great job releasing it in the bigger scale, justifying the small appearance of that light tank and make it notable item in everybody’s collection. That goes for all small vehicles and airplanes too. A good example is F-16 which is 32nd scale is similar in appearance to a large jet in 48th. 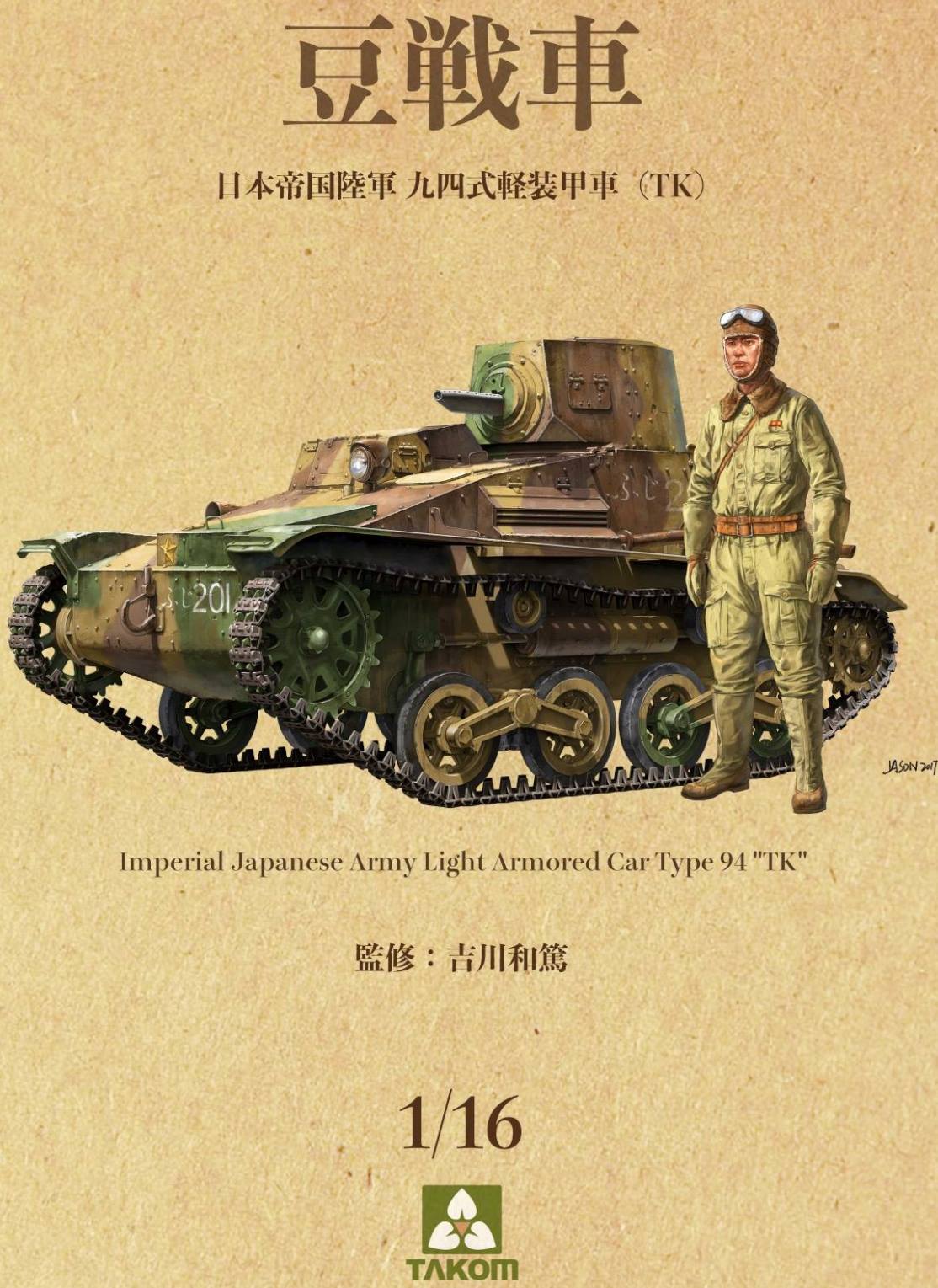 Tankettes are mostly small-ish, and 35th scale is not a good idea for such items to be modelled. That is why I was pleasantly surprised with Takom’s new releases: IJA Type 94 tankette in two variants and in 16th scale. One is late production, the other one is stated just like Type 94.

For those of you who are not familiar with that small and cute tankette, it is Japanese light armored car, known as TK – Tokushu Keninsha, meaning special tractor. It was used in Second Sino-Japanese war and in Second World War, where Japanese made it quite effective little armor. It featured Mitsubishi engine and weighted only 3.5 tons. 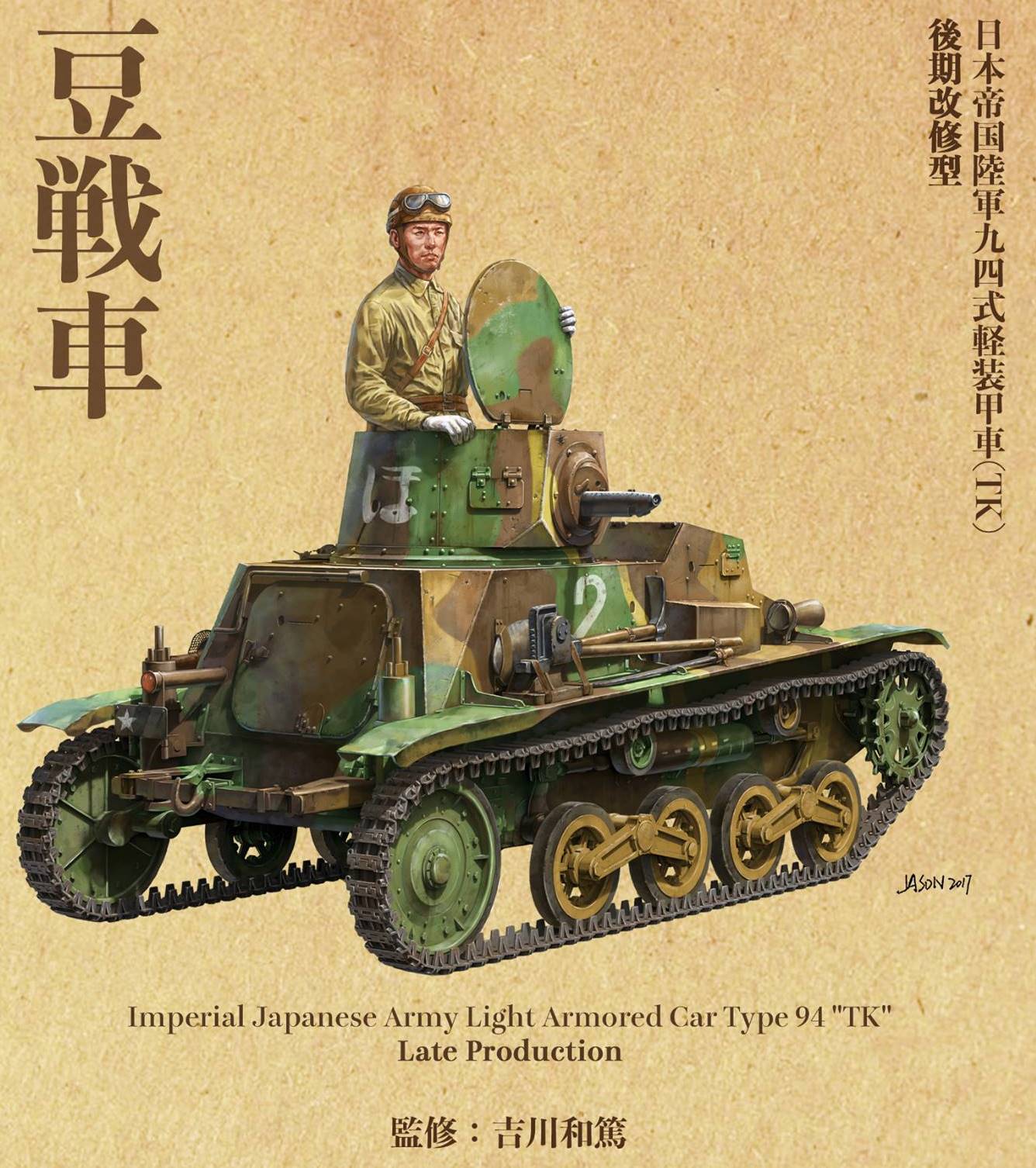 It is a modest vehicle in size with 3m x 1.6m x 16m measurements, which in my opinion makes it undesirable item in 35th scale and even if wanted one, a rather difficult to replicate properly. Takom’s idea of releasing that in 16th scale is the best option I believe. Although Takom FT-17 showed thick plastic and some lack of details here and there, the tank was still better looking that MENG’s smaller version and I believe there is no doubt about it that the IJA Type 94 will be similar.

Usually Fine Molds are into Japanese vehicles and one might expect to see that from that company. However only Takom showed the initiative to go for the bigger scale and that is admirable. Tankettes are favorite subjects for many and if this creates a niche for 16th scale models, I think we should owe that to Takom. I believe that Type 94 will be soon released and a full review of it should be made, so we can guess where the things are going in general. But if one must take into account their FT, I believe the TK will be a winner!