The highly anticipated B-24J from HobbyBoss is finally here. It has been more than an year since its initial announcement, so HobbyBoss managed to deliver promptly. True, only the B-24J is out and most of the modelers expected B-24D to be released simultaneously. However, considering the size of the kit and the expected demand for such a monster, everything is withing logical limits.

is not pricey, especially considering HK Lancaster. The parallel is not proper considering the target of clients, but those, after all, are two four engine heavy bombers from the same period and should cover pretty much the same class of models. Now the greatest thing about the Liberator is that it comes at 1/2 of the price of the Lancaster and that is really something. Even though not as refined as HK Models’ kit, the Liberator from HobbyBoss will offer great deal of options and probably tons of aftermarket as well.

With all that said, one would be surprised about the noise about the HobbyBoss kit. There are already tens of threads in the forums concerning its accuracy, its flaws, what could’ve been done better and how. There are even feuds about it. 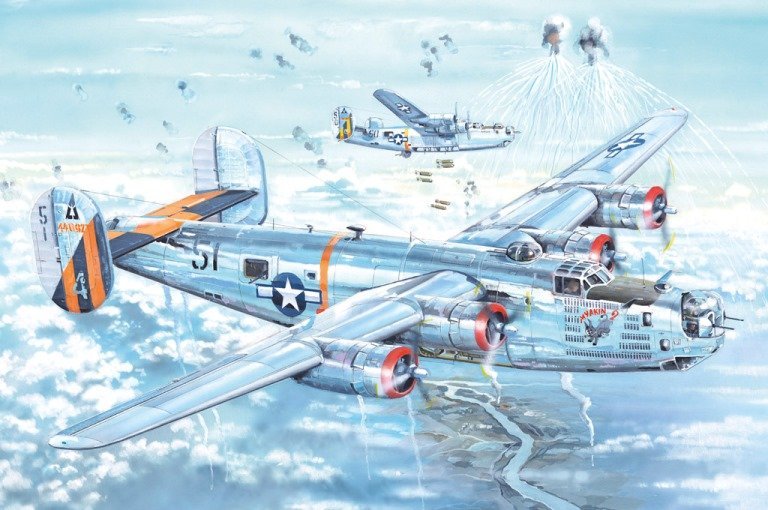 Every new kit on the market is accepted with mixed feelings. Some are praised highly in the beginning, then when the excitement levels settle down, flaws begin to appear. The truth is, that there is no perfect kits. There are great kits, but there is hardly anything that isn’t challenged by some competitor or alternative quickly. The great fuss about MiG-31s and Su-34s, both involving HobbyBoss and other makers is a great example. Other makers were praised as wonderful kits, which in the end appeared to be flawed as much as any Trumpeter or Hobby Boss kit and are coming from companies that are not proven on the market too.

Another good example is the dedication in the Kinetic’s Hornet kit. The guy who worked hard and wanted new F/A-18 kit so badly, passed away without seeing the new tooling come to light.

That is sad. It is actually pathetic. 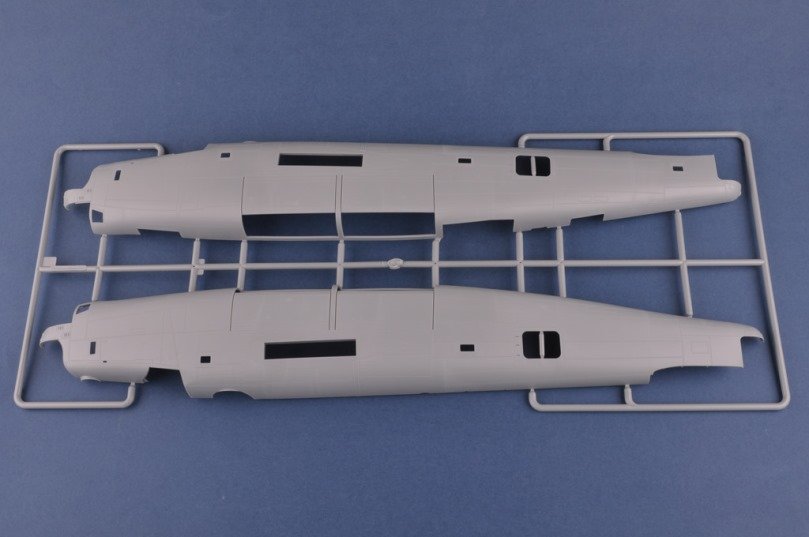 So what about the Liberator?

Well, there are flaws with that one too. Incorrect propeller size, plastic struts, incorrect cowling size, not-so correct or limited version accuracy, wing root design flaws and such. Now there are modelers who are part of a group that spend all of their time analyzing each kit and its flaws. They never build anything, or if they do, it is quickly over by some ill-fated mishap that is always fate’s fault. Never theirs.

Accuracy-wise they are very knowledgeable. Skill wise – it is quite unclear.

It is true, that Liberator from HobbyBoss is not a masterpiece. Nor is any Trumpeter or HobbyBoss kit. Their kits are good in the best case scenario, but mostly are mediocre. Design is poor, riveting and panel lines are either too many or flawed, or even both. Shape-wise there are problems, fit-wise too. The Liberator for example, feature texture details that are suitable for 72nd or 48th scale kit, but not for 32nd. If you look closely at Eduard’s latest releases, you will understand that Liberator in 32nd scale looks like a toy compared to those.

But this doesn’t mean it can’t be improved. 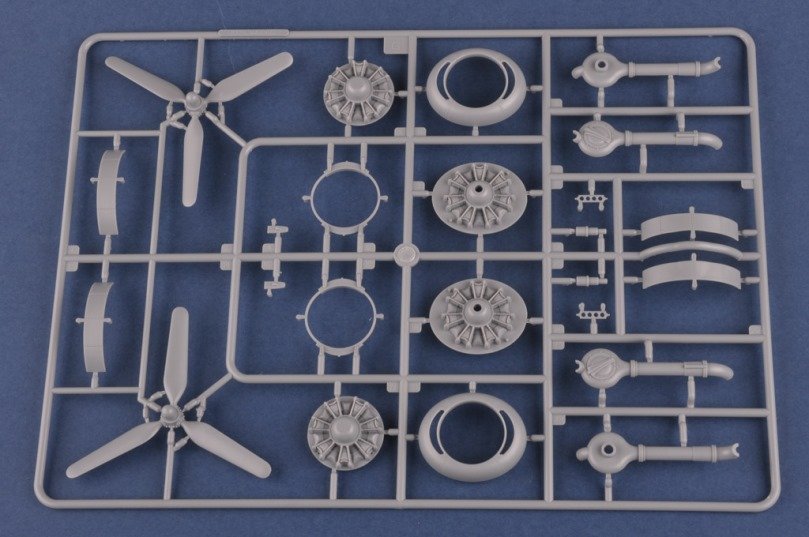 as everything valuable in life. It requires devotion and understanding of the subject. It requires additional money invested for aftermarket. And all of that, doesn’t make it a poor kit. It makes it mediocre, but with potential. It makes it better suited for experienced modelers than novices. And most importantly it makes it a long-term project.

With that price, it is very understandable. With the company coming from China and releasing new toolings of various and quite often not that popular kits every year, it is logical too. Quality suffers because of quantity. And quality from China is something that you can hardly find. You can, but definitely not from mass producers like Trumpeter/HobbyBoss. 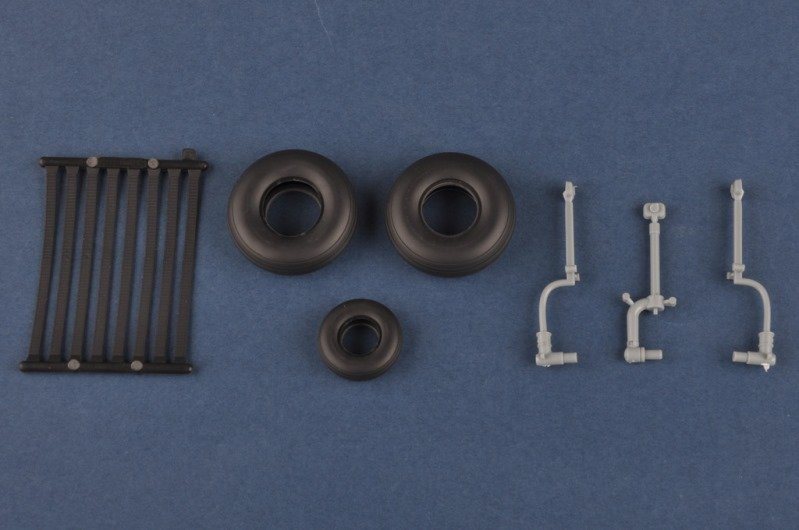 So what is wrong with the kit?

Many things. And in the same time nothing that serious and most importantly – nothing that is unexpected. Only an inexperienced model builder and hobbyist would’ve expected HobbyBoss 32nd scale Liberator to be perfect. The people who dealt with the company know that there is always something. But actually knowing that eliminates the wrongs of this kit. Others are simply naive.

There is nothing seriously wrong with it. And it can be turned into very good miniature. Although seeing its box, miniature is the last word left in your vocabulary.

And the facts state that either you are going to complain about it in tens of useless comments in some or many forums, or you are going to get to work and build one. Flawed or not, once build this will be a behemoth of a kit and there is no substitute for it in that scale. So there you have it: either you will get it and build it, maybe improve it too, or you will complain. Probably for the next 10 or even 20 years until some other brave-enough company releases another Liberator in 32nd scale. Which might never happen too.

In the end, there is nothing seriously wrong with that kit. It is under-detailed, over-simplified, rugged and have accuracy issues. Probably Trumpeter will release the same thing in 48th scale. Or it was planned to be in quarter scale from the get go but then Chinese decided to up- their game. Whatever the case is, the kit is here and this is all we have at our hands now. For Liberator fans is a blessing. For rivet-counters – just another reason to complain and waste their time creating an useless fuss about it. So it is very good time to decide which side you want to take: that of the never-ending complaining, waiting for that unicorn-kit that will never be released, or you will get yourself together and built whatever manufacturers offered you.

For that second group of modelers, check www.dnmodels.com for Liberator mask sets. For the ones who will complain and wait, only “Good Luck!” is appropriate!