Great Wall Hobby kits are famous. Especially their F-15 and Su-27 families. What they are famous about is their quality and accuracy, as well as their contemporary appearance and design. G.W.H. are firmly established onto the 48th scale market because of those. The time has come /or at least it seems to/ for them to firmly step on another ground – 1/32 arena. That would be done via the P-40 (Toma-/Kitty-/War-) Hawk pending release in 2021.

P-40 is a plane represented decently on the large scale market. That is done mostly by Hasegawa and Eduard’s repacks and for the not-so-demanding modelers is enough as it is. However, with the current technology and achievements in modeling the kit is missing some touches and as always – one could ask for more. Great Wall Hobby picked the P-40 Hawk subject for obvious reasons, but even if they wanted to go another way – let’s say something more common like the P-51 – they would’ve struggled a lot more given the fact that the competition is fierce and those other subjects are already being exploited.

So 2021, enter the new tooling of Great Wall Hobby’s Curtiss 81-A2 Hawk in 32nd scale. Pictures of the sprues are already out there and you can find plenty of information on their social media pages. By “plenty” of course, we mean that it is enough to satisfy the basic information needs. Which is good, because some things are better left unsaid right up until you open your kit box. 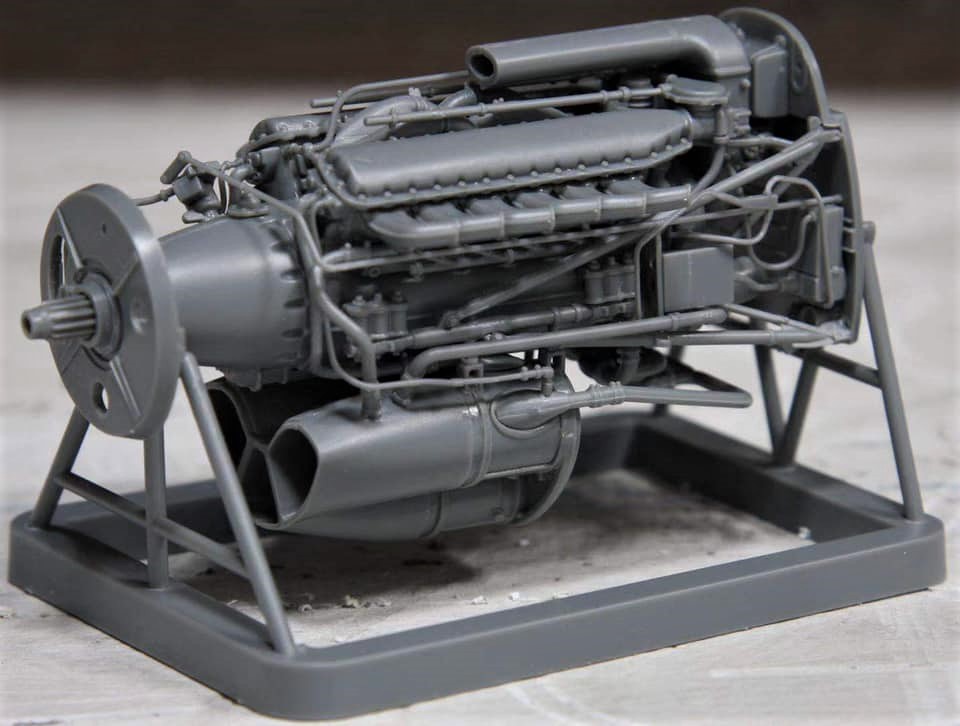 Among those pictures very strong impression makes the completed engine, which Great Wall Hobby posted just recently. It is a fantastically looking plastic miniature, looking just like a stand-alone kit of the airplane engine itself. That not only unveils the level of the kit, but also hints that the cockpit area and many others are probably taken cared of with the G.W.H. known touch and are right on time for the 20s of the 21st century. All that – covering a subject like P-40 Tomahawk – a plane widely accepted as an aviation masterpiece and in the same time – forgotten by many, mostly due to a lack of some media attention.

Well, as far as we know for the moment, in 2021 Great Wall Hobby will release their first (of hopefully many variations) P-40 Hawk in 32nd scale and if they follow their typical approach to the models they produce – that will be a definite hit. Price-wise it is not yet clear what to expect, but their kits are not cheap, however the contents are known to justify the money you spent on them. So, impatiently looking forward to see what’s coming from G.W.H. and how their P-40 Hawk will compare to what’s already out there. We love the good ol’ Hasegawa P-40, but we kinda hope that G.W.H. will blow it out of the market and will be much much better!