The modeling engagement continues: this time with Ghost of Kyiv in 72nd scale. As we spoke in our previous article, bold modeling companies are approaching the war efforts directly, by producing kits dedicated specifically to the War in Ukraine, or to separate events of it. It is nice when this comes outside Ukraine, but it is surprising when it comes from within. After all, they are at war. However, obviously, Ukrainian companies found the time and made the efforts to produce kits related to the events directly. That was fast and deserves our attention and admiration!

We are talking specifically about upcoming ICM release in 72nd scale: Ghost of Kyiv. This – according to the news circulating the web – should be a re-pack of their known 1/72 MiG-29 9-13. Although not the best choice for MiG-29 Ghost of Kyiv tooling, being slightly inferior to Trumpeter’s kit and a bit old, ICM kit should be considered as a good option too. On top of that, what boxart says is that 50% of the funds will go to Ukrainian military support. A good deed done there. Good job ICM! The idea behind it is indispensable and cannot be compared with anything else on the market! 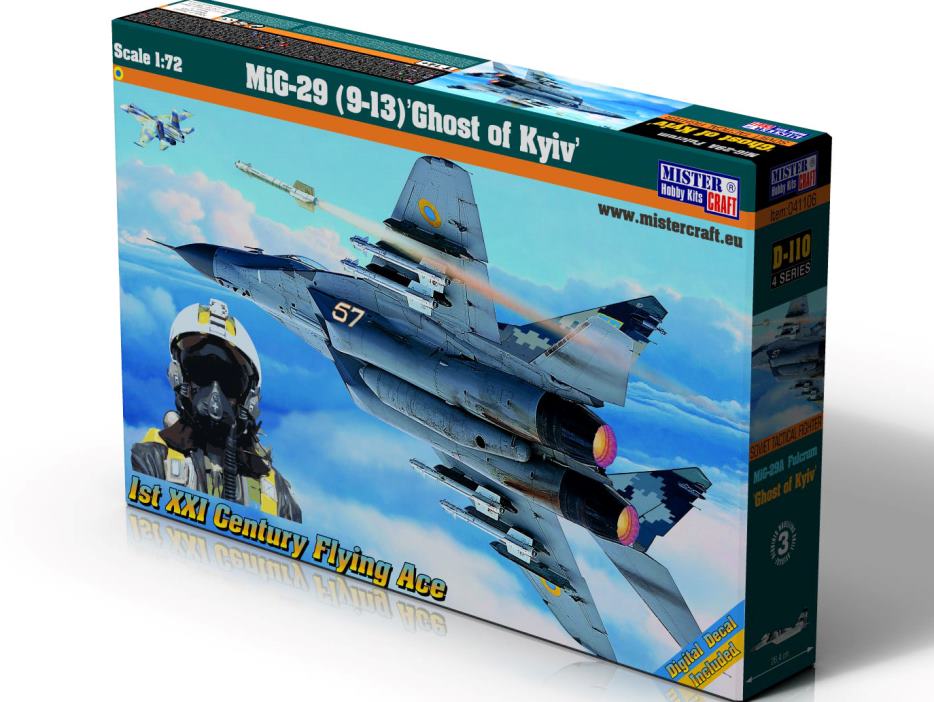 Well, maybe compared only with another promised release: MisterCraft’s Ghost of Kyiv repack. This is not bad option too, especially considering the packing that they made. With that said though, it is not exactly clear what we will get as a plastic inside, because there are different opinions on that. Some say it will be ICM re-pack, others – that it will be something new. Whatever the case is, we have to add, that if you are looking for a really good kit of MiG-29 in 72nd scale, you should look at Trumpeter first. And if you do, you have to skip the idea of getting Ghost of Kyiv Edition, because it is very highly unlikely that Trumpeter will produce one ever. Not in 72nd or in any other scale.

However, with all that said, we are happy to learn about those two releases and we are looking forward to many more. In different scales too! Ghost of Kyiv is a legend, that many like and promote in various ways. Including us, with the apparel that we have and the masks sets that we offer in three different scales. The whole story of the Ghost is most likely an urban legend, but that doesn’t make it any less great. So if you are looking for a really cool kit to own, now you have two more to add to that line. Ghost of Kyiv can be done with any MiG-29 9-13 in 72nd, 48th or 32nd. But having one out of the box, well, that is a whole different animal!