The article that we wrote on the paints for the Ghost of Kyiv generated a lot of feedback from our readers. It is self-explanatory why the MiG-29 in Ukrainian Digital camo is so popular nowadays, but we didn’t expected that to be the fact in every possible scale, including RC camouflages in bigger than 24th scale. Despite the arguments – is this a real story or not, people seems to love the legend. That is too – easy to grasp, having in mind the attractive and vivid colors of the Ukrainian Air Force.

We’re continuing the subject related to the paints. As you might already know – we at DN Models do not deal with paints. We don’t recommend colors, we are not having particular paint manufacturers in mind and we don’t try to guess them either. The reasons for that were stated in the first part of this article, however long story short – every human eye is different, thus the perception varies. We prefer leaving such a huge responsibility to the paint makers.

With that said, we just received a very informative article from Mr. Craig Boon, who, along with Niels Sorensen modeled the hell out of Ghost of Kyiv. Unlike Niels who did it in 32nd scale, Craig worked in the other end of the spectrum – 72nd. That offers even more challenges in terms of painting and masking, especially such a tricky scheme like the Ghost of Kyiv.

Besides sharing some fragments of Craig’s whitepaper on the 72nd scale Ghost, we will also show you pictures of his fantastic work. Once again, this is 72nd scale kit and while looking at the pictures it is very hard to tell. As Mark Twain once said: “It is not the size of the dog in the fight, it is size of the fight in the dog”.

We’re gonna paraphrase that: “It is not the scale of the model that matters, it is the modeler’s skill in the scale.” 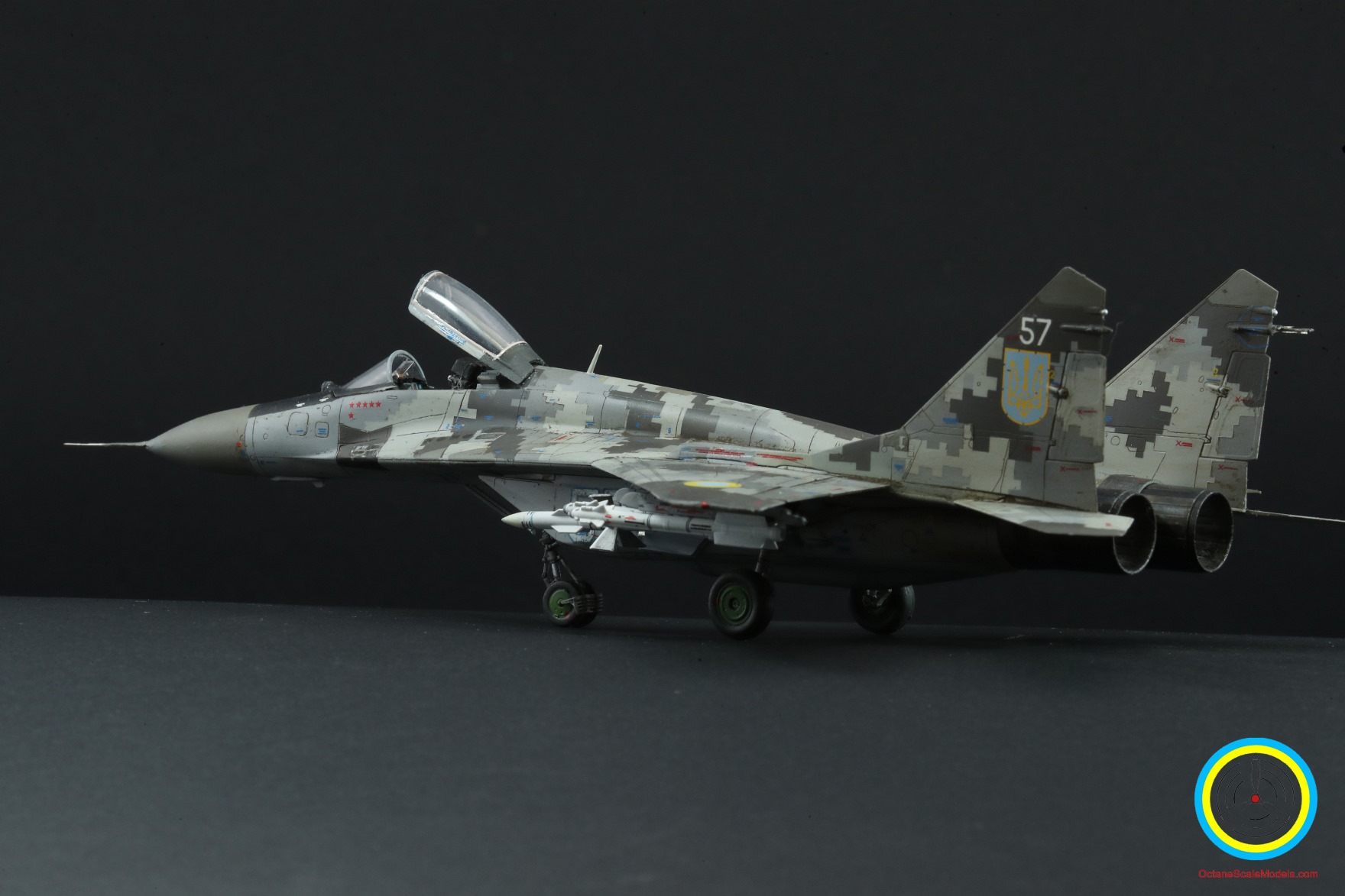 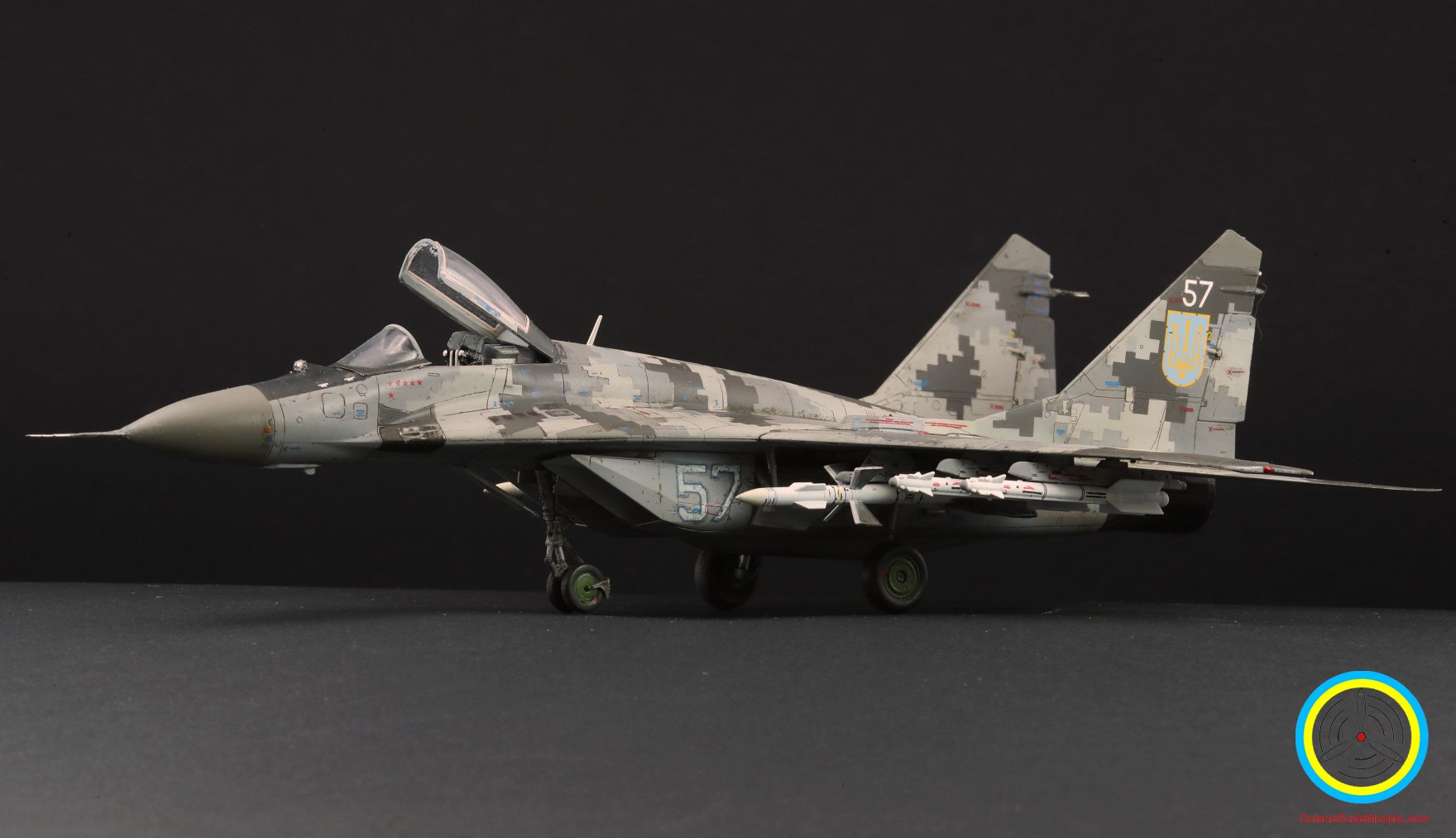 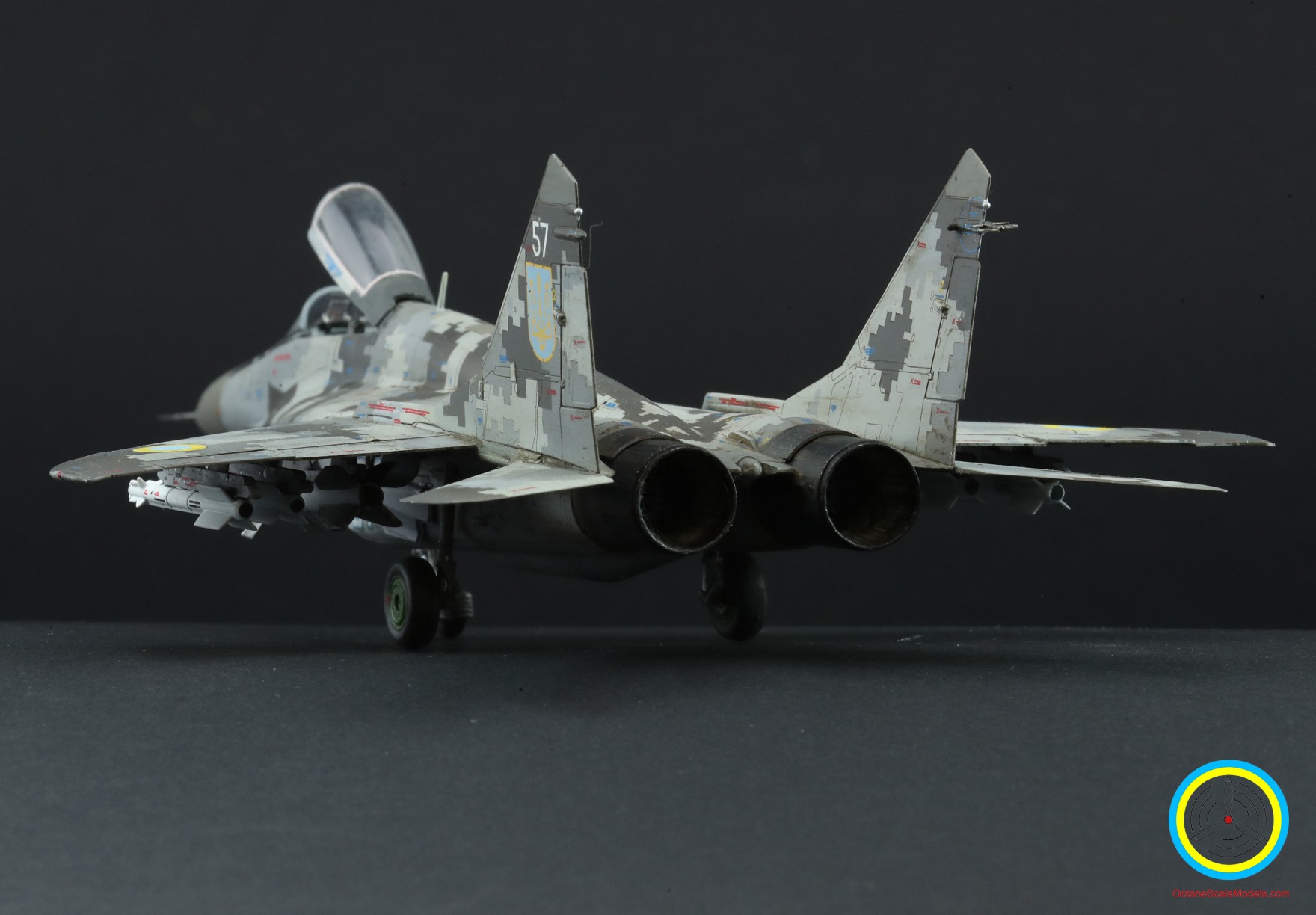 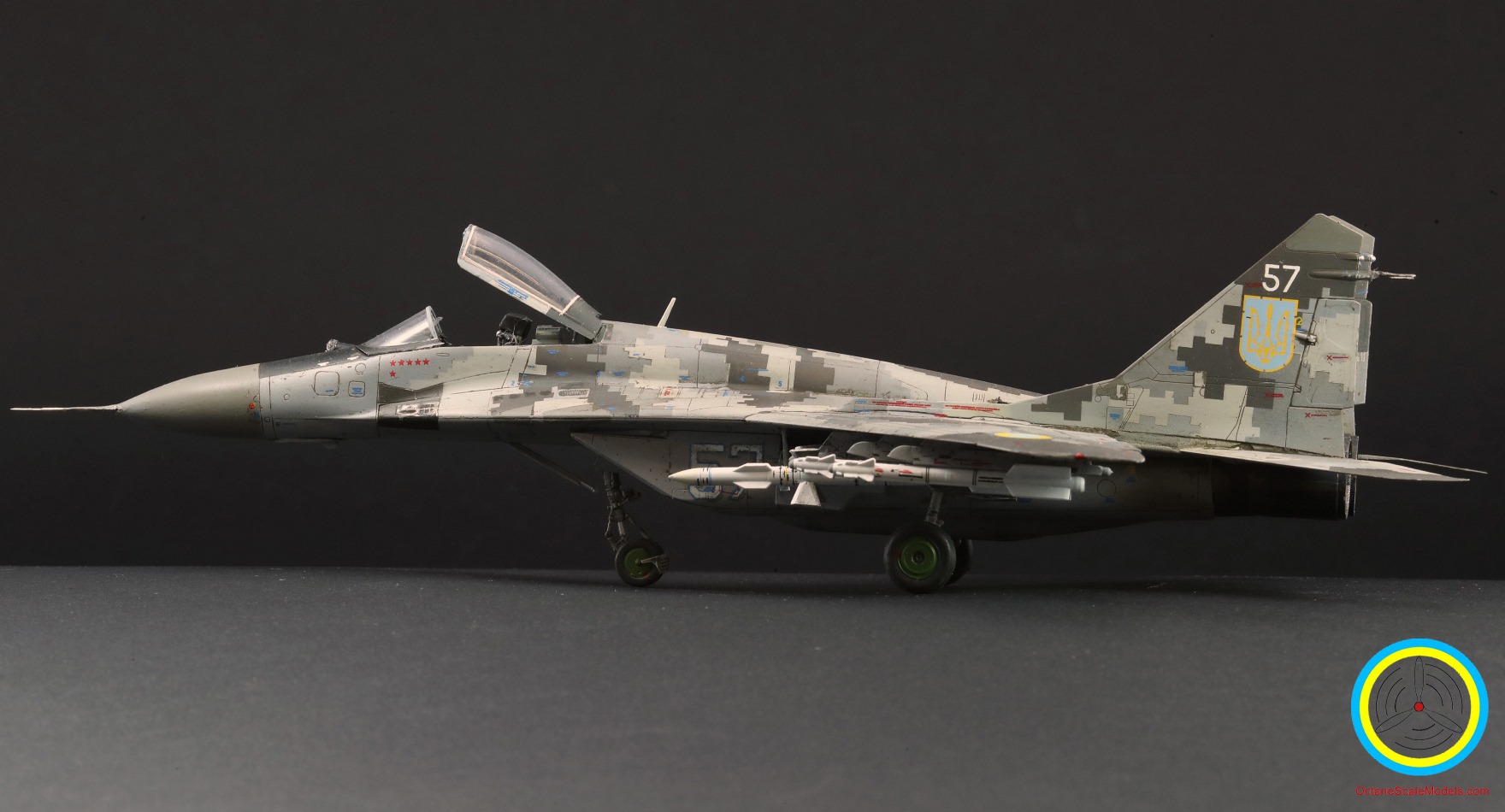 Here’s an excerpt from Craig’s whitepaper on the Ghost in 72nd scale:

“My paint brand (Hataka), already do a dedicated set of 6 paints for the Ukrainian Grey Digital scheme (available in normal acrylic [HTK-AS109] and lacquer types [HTK-CS109]) and includes the 4 shades of grey for fuselage and a grey for the radome and dielectric panels.” 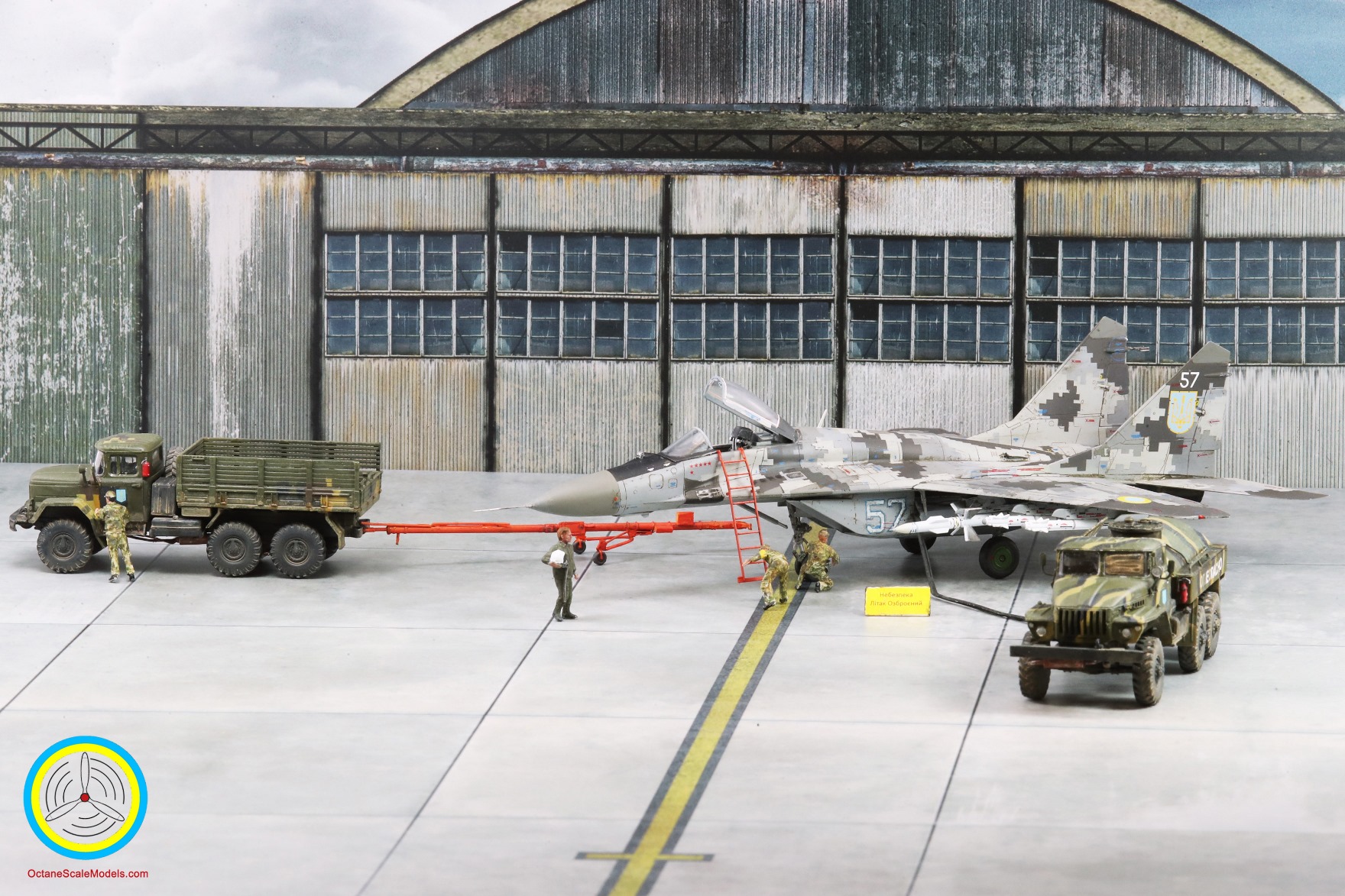 As you can see in the excerpt – the FS paint codes are included as well. Hopefully, that will help many. With that said, HATAKA seems to offer a set that obviously this Master Modeler managed to transform into one fine and highly realistic piece of art! If you are interested in reading the whole article, where you can find a lot more on the build, the kits used and the process itself, go and visit Craig Boon’s website.