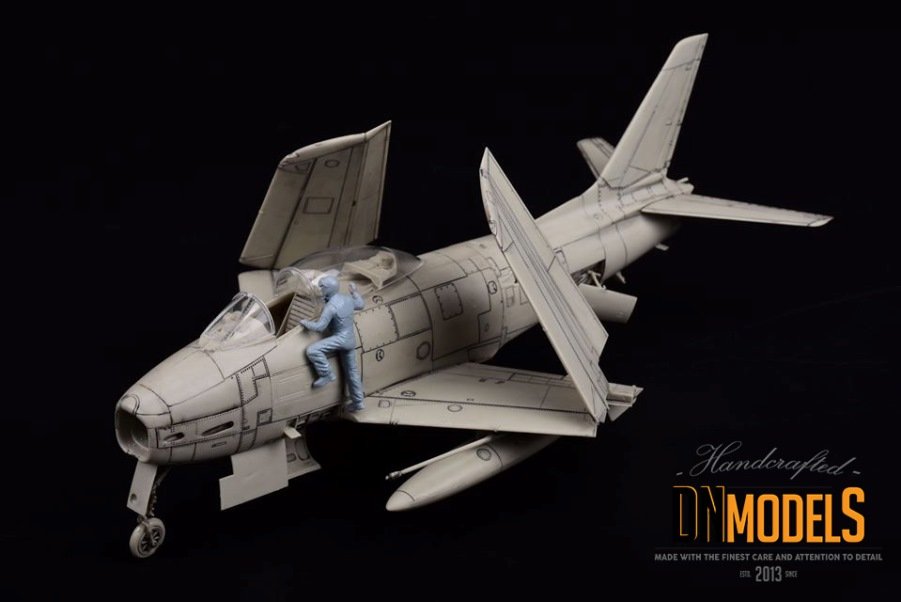 FJ-3 Fury is the navalised version of the mighty F-86 Sabre, which was used from US NAVY and Marine Corps. F-86 Sabre had its Soviet adversary in the face of MiG-15 and MiG-17, however none of those offered the potential to become a true carrier based aircraft. In this regard FJ-3 along with FJ-2 and FJ-4 were one of a kind planes for their era and even though somewhat forgotten nowadays, deserve a lot of respect.

We have plenty of kits in many scales when it comes down to the mighty Sabre. However, FJ-series are not included in that equation. It was about time to see such an option for quarter scale lovers and Kitty Hawk responded to the demand. Even though initially promised for 2019, FJ-3 fury from Kitty Hawk should appear in 2020, but rather soon as rumor goes. Probably in the first couple of months of the new decade. 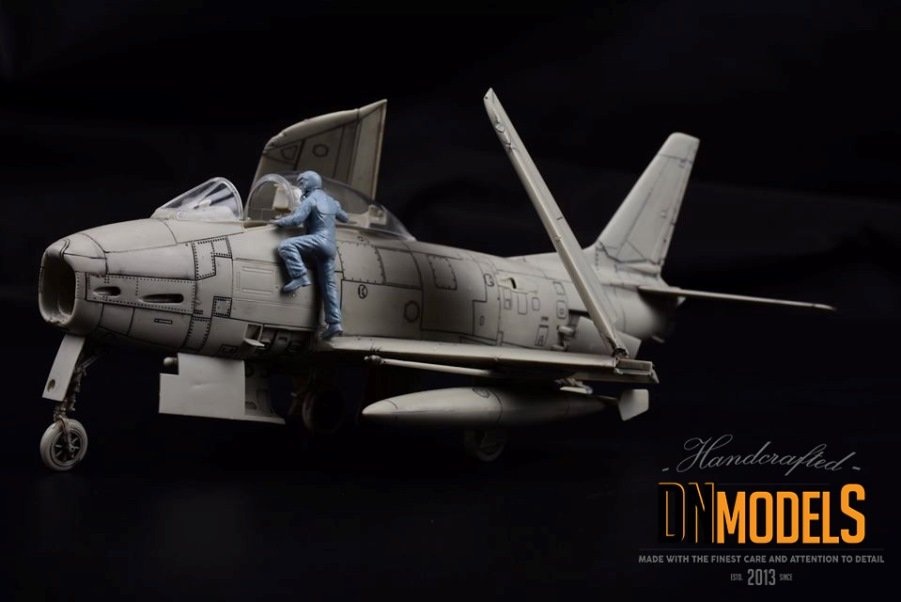 The kit is promised to feature several interesting camo schemes, which you can see on the pictures in this article. Unlike the modern fighter jets of today, the first US jets were painted with bright colors and models of those are always an attractive sight. Sabre by itself is not a small jet per se, thus all those vivid options that we will receive with this Kitty Hawk release will make out of the kit one very shiny and bright piece of art. 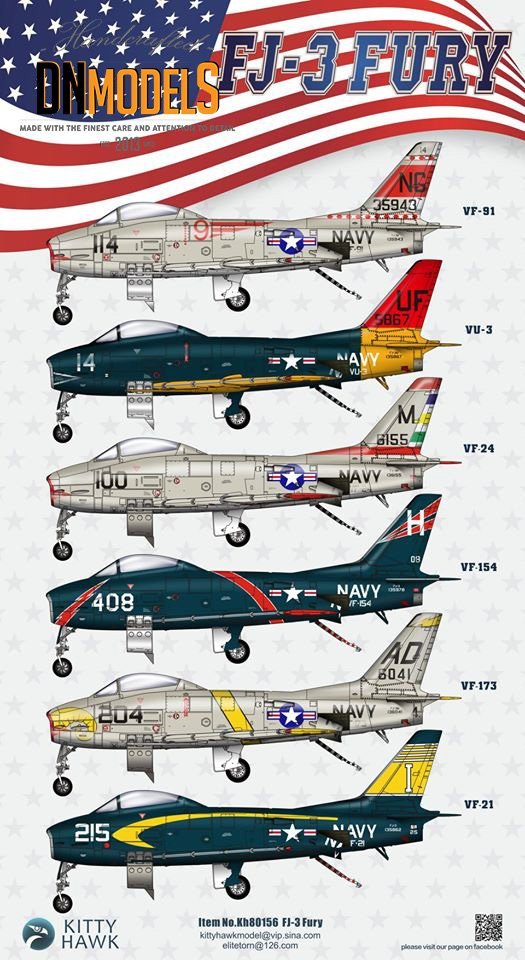 The kit will be a complex one, like most of Kitty Hawk’s line of kits. It should present us with superb detail and couple of options to present the completed model. Based on the FJ-3 Fury, Kitty Hawk will soon release FJ-2 /which is available at some locations already/ as well as hopefully the FJ-4, with a fact in mind, that the latter one is very deep modification of the Sabre and while FJ-2 and FJ-3 are close, the Fourth is almost a completely new aircraft.

Future looks bright for the lovers of the early jet age planes, especially carrier based ones. FJ-3 Fury was produced in relatively modest numbers for its time, but despite that fact it is a memorable aircraft and a must for every modeler that builds US NAVY and US Marines planes. Thanx to Kitty Hawk, we will soon have that options in 48th scale. Hopefully, this is only the beginning of the line of carrier based Sabre siblings.