F/A-18E from MENG Model was announced just in time for the holiday season. That was very clever decision on their behalf. The best Super Hornet in 48th currently is Hasegawa release which is quite old to be frank. But now, with the known popularity and quality that MENG Model offers, it is about to be dethroned and rather quickly. The day is getting close too.

TOP GUN: Maverick is coming. It was expected on X-mas 2020, with Tom Cruise breaking the sound /and many other sane/ barriers again, 34 years later. The star of the spectacle this time is F/A-18E and F/A-18F Super Hornet. And despite featuring the one and only F-14 Tomcat, the movie will revolve around the Super Hornet. Unfortunately – postponed again for summer 2021. Just in time for MENG kit to be on the shelves. 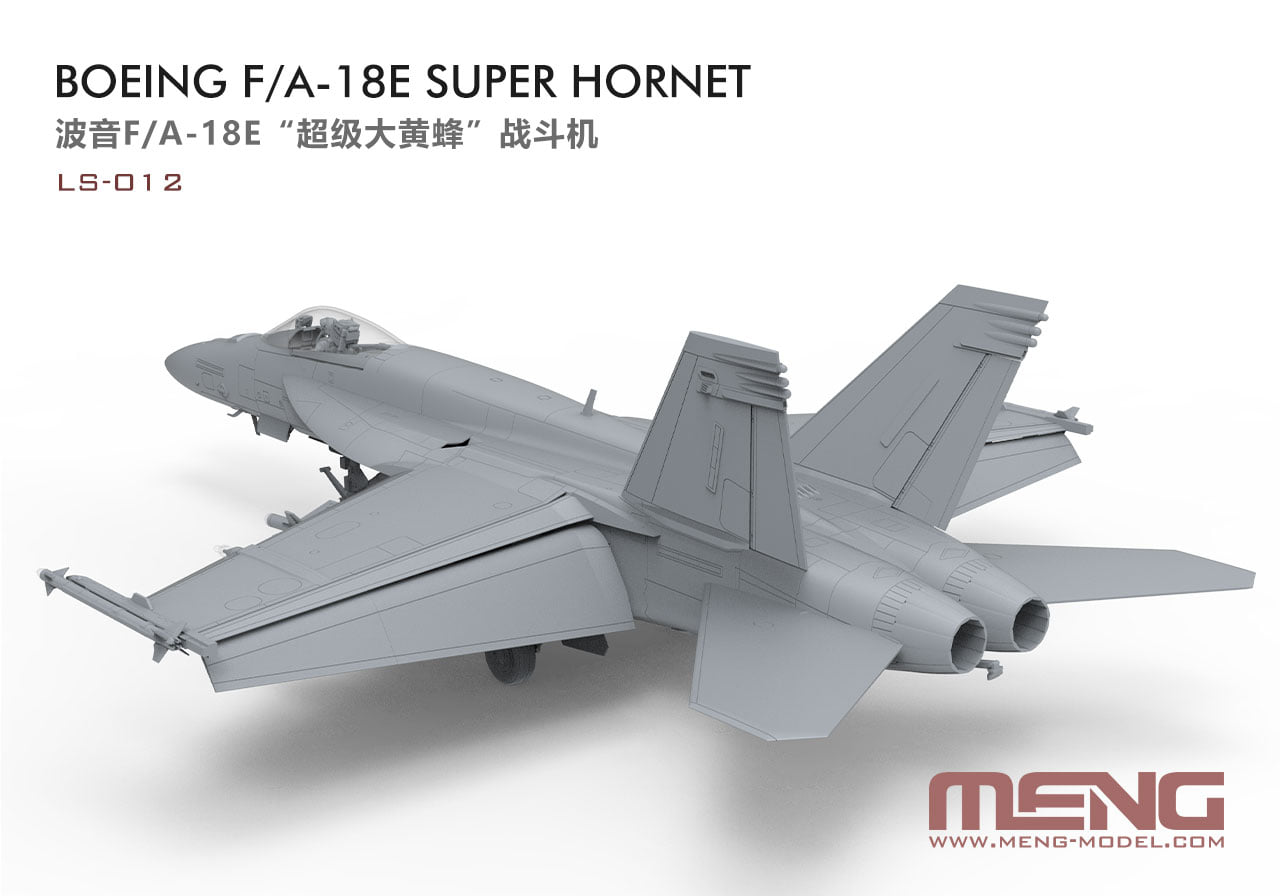 Another clever step in MENG’s strategy is the transition happening in Blue Angels team. They are getting F/A-18E and Fs and this is starting with 2021 season. As a matter of fact, the first Blue Angels’ Super Hornet was already flying this summer. And it is here to stay, as their current leader said that the plane will be in the team for the next quarter century.

So what can we expect? A good competitor and for some – a substitute – for Revell’s 32nd scale release, that appeared just recently. A killer for Hasegawa kit most likely… and some fun and joy for modelers of the US NAVY and TOP GUN movie fans. We can also expects folding wings, highly detailed cockpit, many weapons and typical MENG quality.

Knowing MENG’s history, it is highly likely that we will soon see two seater and then an EA-18G Growler variants, hopefully with great quality and in different variations. If that isn’t a great gift for the Holiday Season, we don’t know what is!