The title of this article might be a bit misleading. It might sound a bit negative, but it is just the contrary. MiG-21SMT /the ugliest version of the Fishbed/ is my favorite of the hunchbacks with the only more mean looking variation of that jet I believe to be E-166. Unfortunately, the latter one probably will never be released by a major model manufacturer due to its obscurity. However, MiG-21SMT was produced in relatively large numbers so it deserves its place in any Soviet jet modeling collection.

The SMT is a bit off of what MiG-21 was initially planned to be. While first generation F-13 was short-range day fighter, second one being interceptor variants, the third one was an attempt to create multi-role fighters, the SMT had a very interesting and important role. Being a third-generation MiG-21, it was used as a nuclear platform, and was intended to be an attack airplane performing LABS maneuvers /also know as Idiot’s loop/. MiG-21SMTs were used, although not widely, in different places within Warsaw Pact and Eduard’s decision to release the kit and now re-release it is a brilliant one. Re-releasing it is probably caused by the lack of available kits in stock which took some time to manufacture, but whatever the case is, the gap with decent kit of the third generation MiG-21SMT is filled now.

Despite me being thankful to the Czech company for dong that, I would point out two weaknesses in their MiG-21 line. One is the lack of F-13, the first generation MiG-21, while the second miss is the famous Sparka, or the trainer variations of the Fishbed. 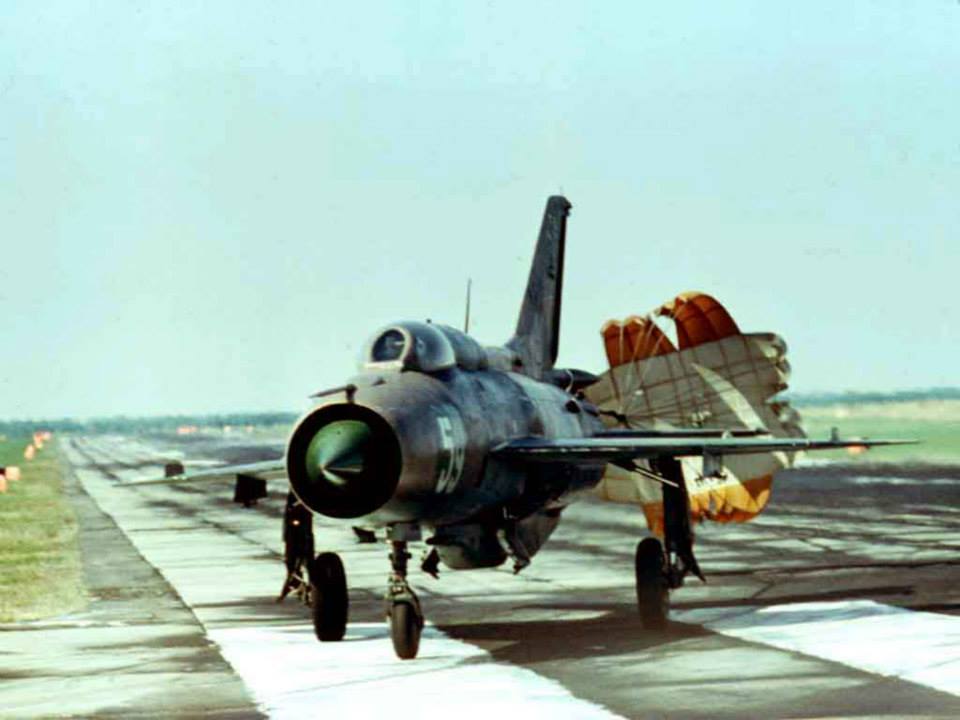 Both of those mentioned above feature smaller intake, different cockpits /obviously for the double-seater/ and are a lot different from what we have now available within Eduard’s line. Czech company released enough actually, but one cannot help but always want more. Especially with MiG-21.

I doubt that anytime soon we will see the Sparka or the F-13, although they will be more than welcomed by the modelers and I trust that Eduard will sell the hell out of them. With that said, I want to point out something else missing and something that Eduard can fix in a blink of an eye. That is a second-generation MiG-21, the one that comes after the PF variant and before the PFM, both of those released from the Czechs already. 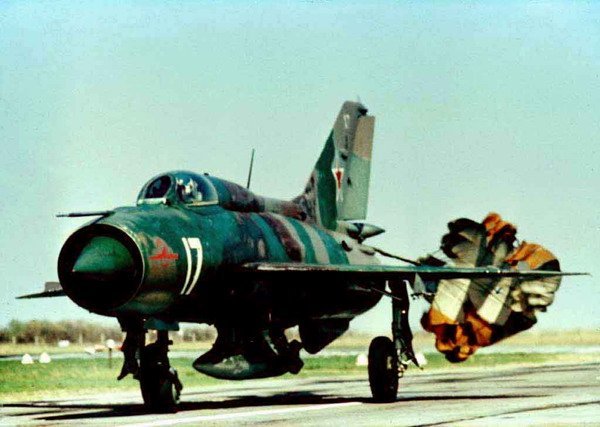 MiG-21PFS. Source of the picture is unknown. Check out the parachute position which differs from PF and one piece cockpit that differs from PFM. Fin looks to be narrow.

Those are versions that visually combine features of both PF and PFM, but as far as I saw in the boh kits contents, one cannot create a hybrid, if not enormous cutting, sanding and filling is engaged in that process. And that concerns delicate tail fin root.

The versions that I am talking about are PFS, FL, SPS and PFM /early, featuring 1-piece canopy/. They differ slightly and the main thing is -as mentioned above- in the root of the tail, where the parachute is. There are variations of the vertical fin size too – some are like seen on the PFM, while others – like on the early variants, more narrow. The PF that Eduard released lacks the chute cone, which corresponds to an earlier version of the fighter. The parachute there is located beneath the nozzle and with the latter versions I am talking about is located as seen on the pictures above. The other thing is the single piece canopy, as with a regular PF.

Now, why I believe those PFS/SPS/FL variants will be welcomed: well, FL was in Indian service and Eduard already released a kit for Indian fans, Limited Edition MiG-21bis. However, an FL can complete the whole idea – MiG-21FLs were used extensively in India in various camo schemes and there is decent amount of pictures forming a good basis for a kit with couple Indian Fishbeds. Just for reference take a look at the picture below: Tiger Fishebed MiG-21FL in Indian Air Force. It is a masterpiece that does inspire! Nowhere else but India! Plus, Fujimi has an option for that same scheme but featured in their obsolete 72nd scale tooling, that has nothing on Eduard plastic perfection!

SPS was used in East Germany and PFS was used in USSR, and not in small numbers. From what I have as information, PFS was used by the Soviets in some international military exercises, visiting countries from the Warsaw pact and also in some of their flight schools. 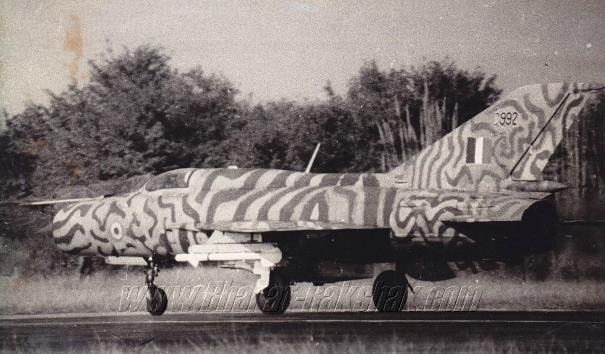 While pictures from the exercises are of planes in silver colors, those from the flight schools are painted in camouflage schemes which will give modeler one absolutely stunning appearance of the jet, combining sleek older look of the narrower tailed MiG-21, with front-end of the interceptor, mixing both worlds into one, sealing the deal with the camouflage. Those mentioned here can be seen above with their parachutes deployed.

If that isn’t an option for modeling, I don’t know what is. Besides, some of the Middle-East countries had that version in their Air Forces, again – featuring fantastic and challenging camouflages which are not comparable with what we have so far from Eduard. In addition to all that being said above, there is another option hiding in the bushes here: the sprues combined, will probably give the option for providing PFM in that very same set, and there are Special Schemes available there too. With them, East German SPS-K, which is almost identical /to PFM/, featuring not only earth tone camouflages, but a shark mouth white demo airplane in German flag colors. Kubinka Soviet Red PFS demo Fishbeds are an option too. I believe you are all familiar with them. 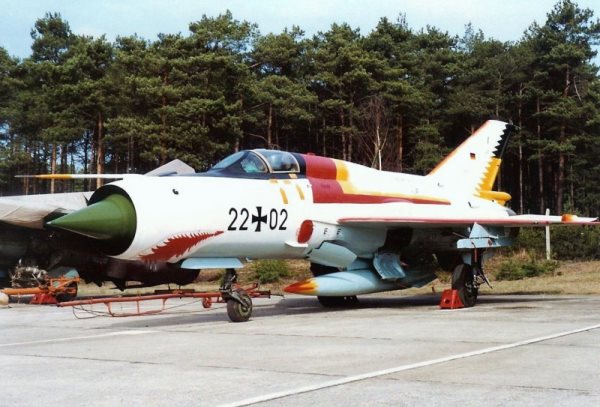 This is either SPS-K or PFM. Former East German AF. Picture: Unknwon

I believe that all this can be a basis for a Limited Edition version, alongside Weekend Edition and of course a ProfiPack featuring Indian FL, Soviet/German PFS and Middle-Eastern PFS/FL. Might not be the newest thing on the market considering what is already released, but nonetheless – quite attractive and tempting for every Fishbed lover.

Please Eduard, if anybody of your employees see this article, discuss it among your team and give it a thought! MiG-21PFS/FL/SPS is worthy for your beautiful line of Fishbeds!

Thank you in advance!

Article picture is from valka.cz forum.