Eduard Limited Edition kits are famous for becoming an instant hit the moment they are released. That happened with all of them, some being sold out in a matter of days after release, sometimes even hours. That latter statement goes for their 1/72 Hind and MiG-23 Flogger combos especially. Now, in the end of 2021, Eduard prepped a surprise release, commemorating the anniversary of Pearl Harbor. On December 7th, we will hit the 80 year mark from the vicious attack on the Hawaii base from the Japanese forces. Barely a lifetime away. And Eduard remembered.

So far, on the market the very best Zero kit was Tamiya in 32nd scale. This is their first of the 32nd scale line that featured truly amazing engineering and detailing. It is rather old though /as of today/. In the same time, Eduard proved their point releasing P-51 and Spitfire /actually others too/, that are in quarter scale but are better detailed than some of their competitors in 32nd. With that said and especially with their amazing Spitfire in that scale, the new tooling that Eduard announced for A6M2 Zero is expected to be nothing short of perfection. 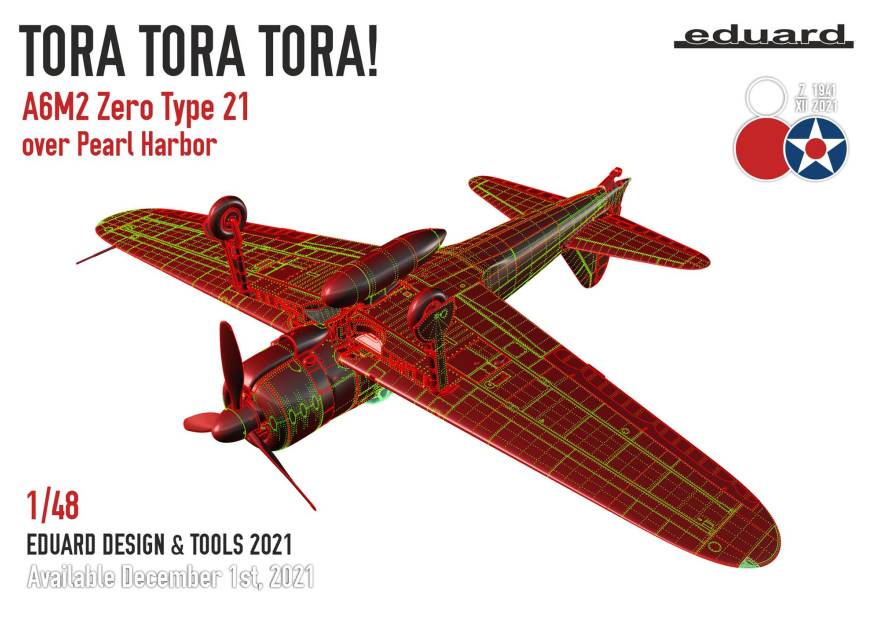 It is known that this will start a line of Zero kits, which obviously going to be a long one knowing the history of the best Japanese fighter of the second World War. The interesting thing here is that they are starting with a Limited Edition kit, which might be interesting from a collectors standpoint more than just like a regular kit. If Eduard’s Zero becomes a hit, which most likely will be the case, we can surely expect a Royal Class at some point, but for the moment, this Pearl Harbor edition will be the best bet if you want to own something different.

Limited Edition kits are often built too. It is not like all of them are preserved for some specific sentimental value. However, this is sometimes because of the specific markings inside, not because there aren’t different options that are based on the same tooling and often a lot cheaper. However, 80 year anniversary is something that you can easily remember and Eduard knew it. So this specific kit might be better left in the box untouched. And there is another reason for that too: it seems that Eduard are just stepping into the Pacific Theatre arena, with Expected F4F Wildcat and Nakajima Rufe announcements. If they are all of the typical quality of Eduard’s latest releases, too bad for our wallets…