Border is a company from China, which is not very popular in the Western World yet, but apparently on the domestic market they are known, especially for their tools. Border attracted some interest with the announcement of their Panzer IV tank, a 2 in 1 set, aiming to compete with the highest standard in the business – DML. Their tank is another story and here, we will take a look at some of their tools and discuss their qualities. 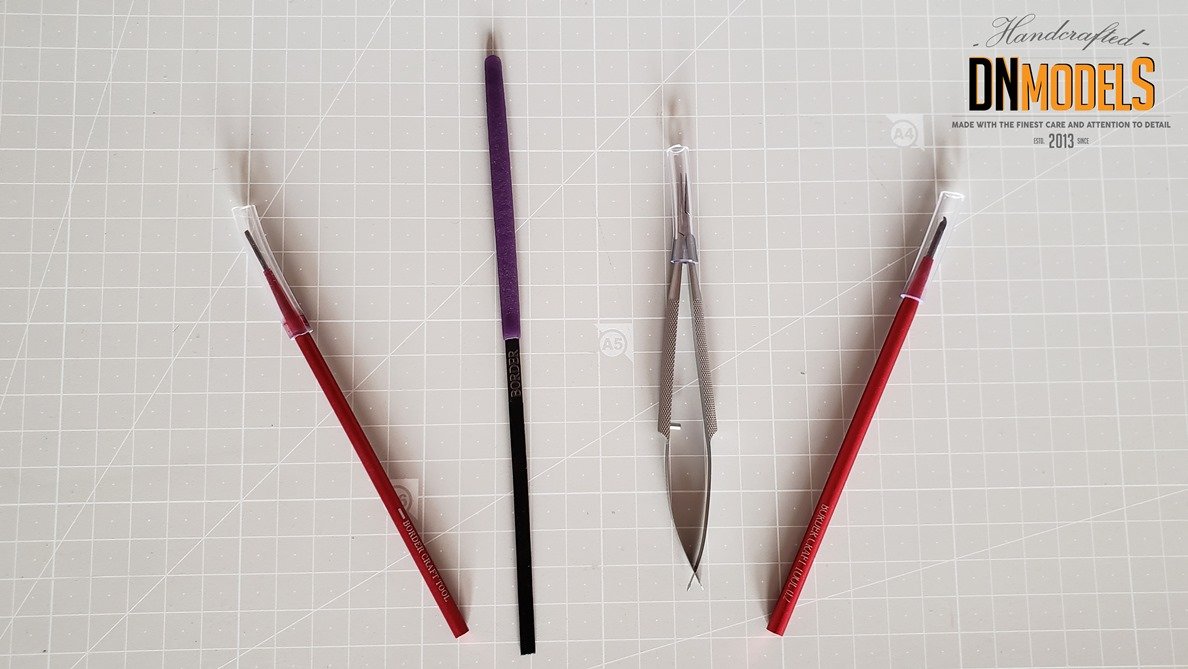 As with many contemporary companies, tool making business is becoming an important part of the model making enterprises. Tamiya and Mr.Hobby have some wide range of such for a while, Revell too, although not so much. Nowadays, Trumpeter, Italeri, MENG and others are targeting the modelers with their branded tools, which are tailored specifically for modeling purposes and eventually, reflecting the quality of the respective kit maker too.

Lately, Trumpeter flooded the market with almost everything: from motorized tools, through basic hand tools and PE benders. MENG tool set, which was reviewed here lately is another good example for such effort. Border on the other hand are not that famous, at least not for the moment, so let’s take a quick look at four of their tools, which some might find very usefull.

The very first modeling tool in many modelers’ toolboxes is the file. Even the kids started with cardboard knife and a file and in most cases, the file was from clock-making /or clockwork/ sets as they call them. So the file is one of the initial things you get on your bench, thus one of the most important.
Nowadays, there are tons of different styles and in most cases the beauty business offers everything that you might need. However, the good ol’ fashioned file is still mandatory. 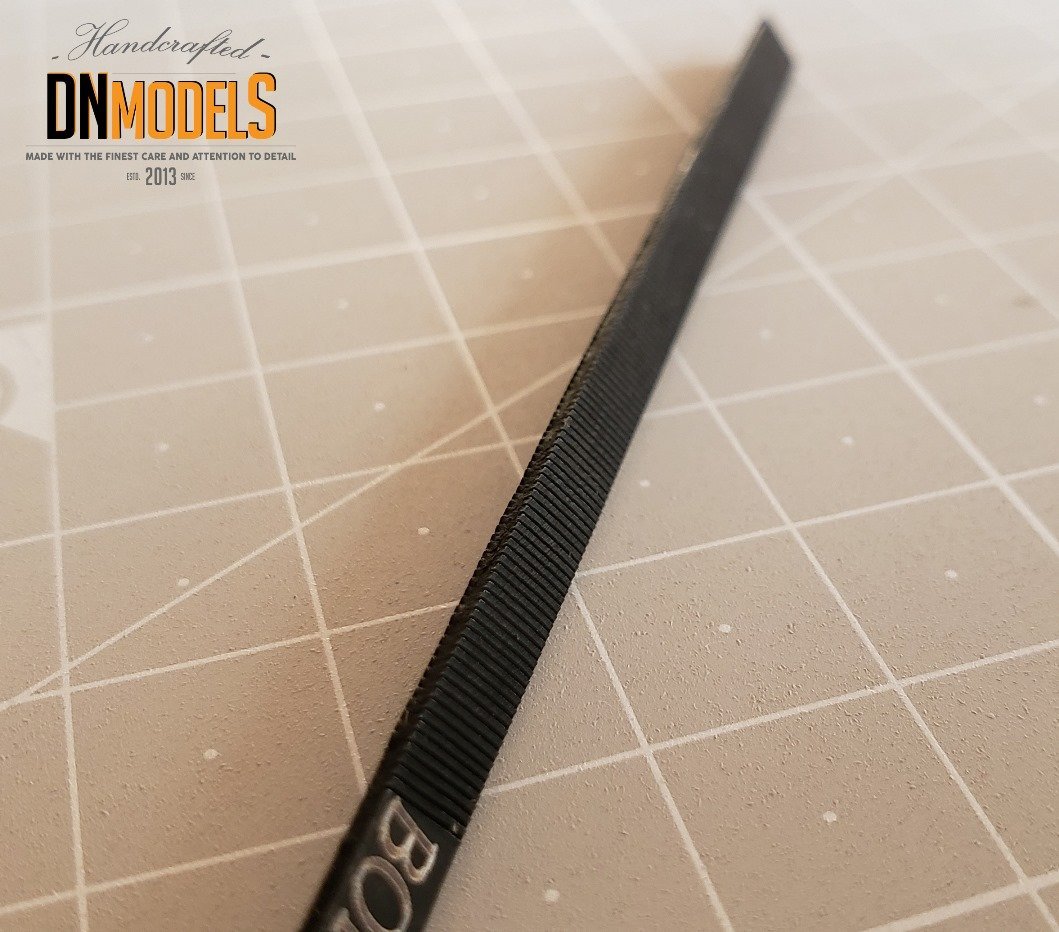 The file that Border Tools offer is a compact one, with bright purple handle and the Border logo on the bottom of the business end of the tool. At first glance one might thing that this is too much for modeling and simple nail-polishing file would do the same. But this isn’t the case. 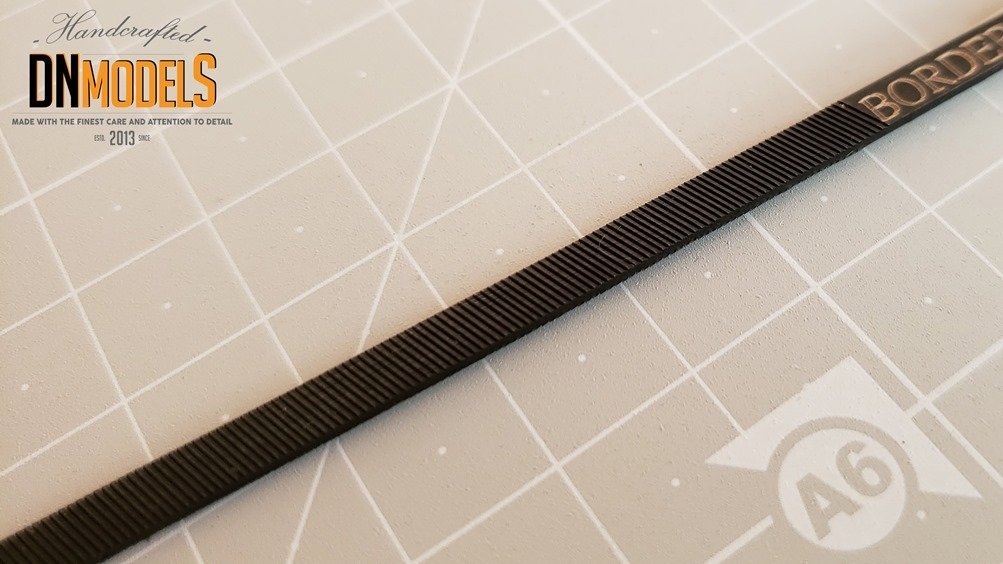 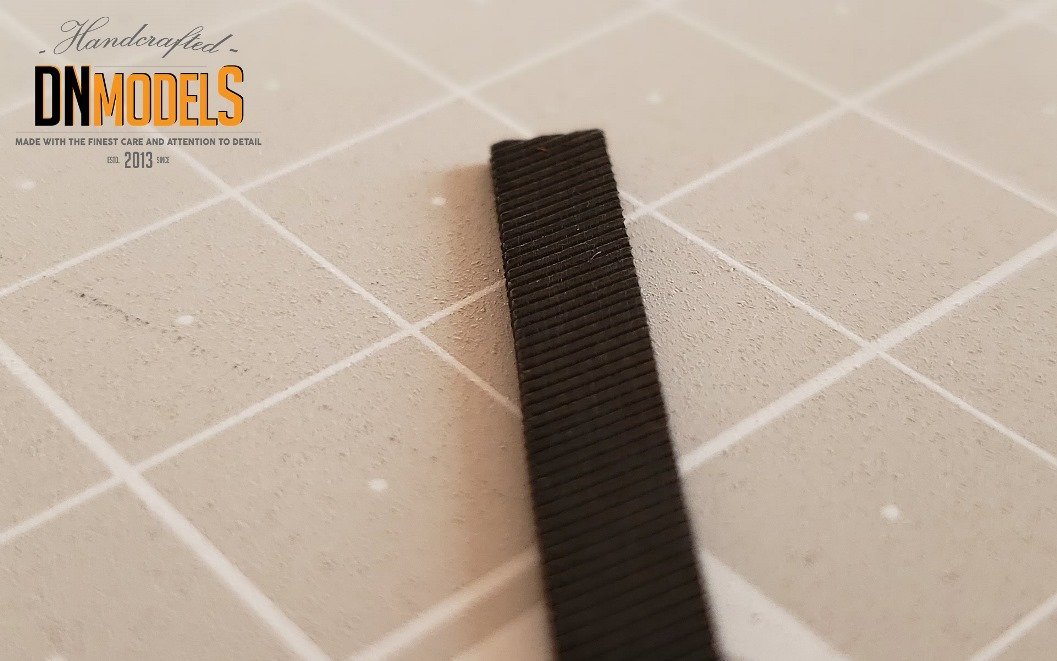 Of course, by itself, this file won’t be enough for everything, but is a perfect basis for starting, which justifies its existence as a modeling tool. It will cover most of the needs for initial sanding for everybody, from novices to masters and for the general needs it is pretty great. 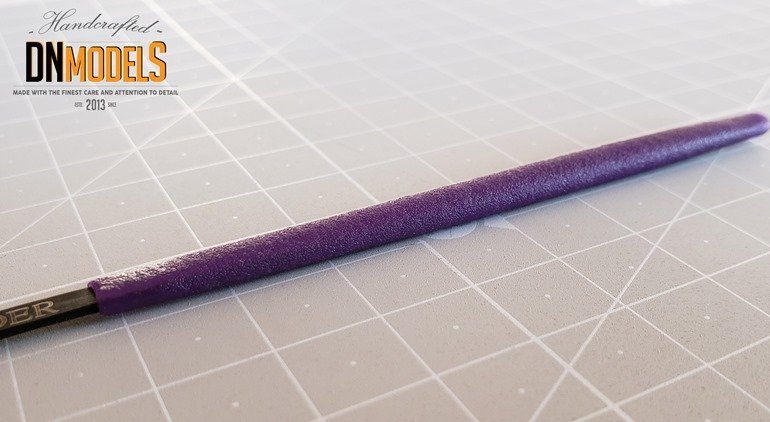 The engraving blade on the other hand is something that is not oriented towards novice modelers and has different target compared to the file. This tool is for those who like to re-scribe panels and change or improve some of the original model appearance. Those are usually more experienced modelers and that goes up to the experts and masters. 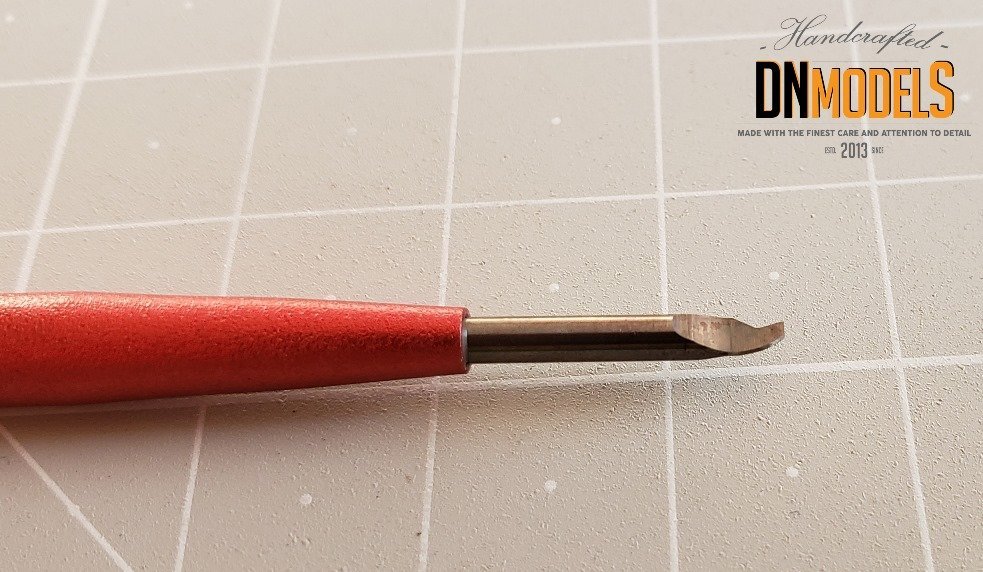 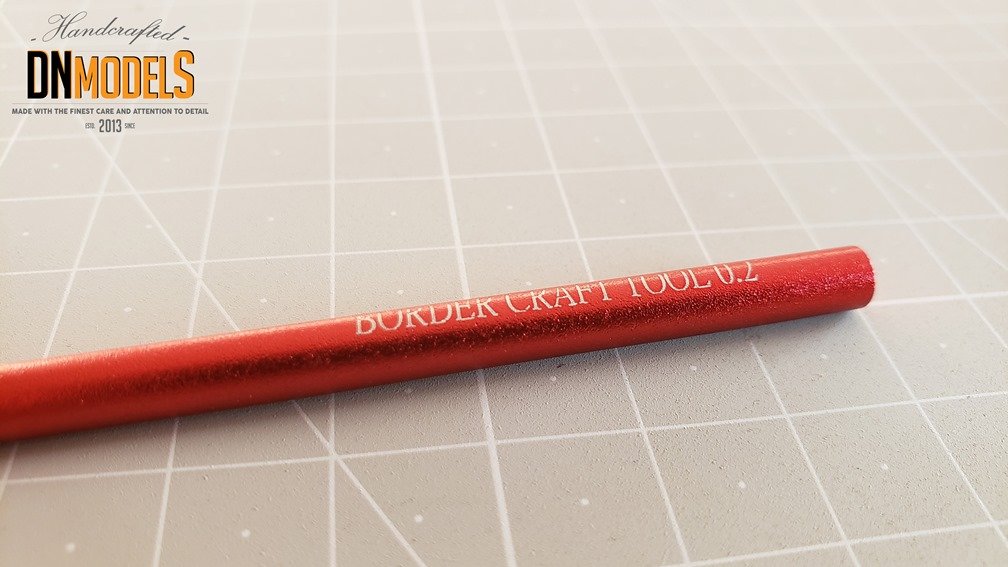 The tools comes with a bright red handle and dark metal business end. It looks similar to the engraving tools available today, both as looks and as quality. The durability is something that is yet to be tested, but if you don’t work way too much over super-glued surfaces /and even if you do/, it should offer a pretty decent service life expectancy.

It is about 130mm long, and from the initial tests it shows very good results. It looks like the handle covers the metal core of the tool, although that is speculation only, but it is based on the perception of stability. Some of the engravers are meant to be attached to an X-acto knife handle, and Border Tools offering is far better than that. 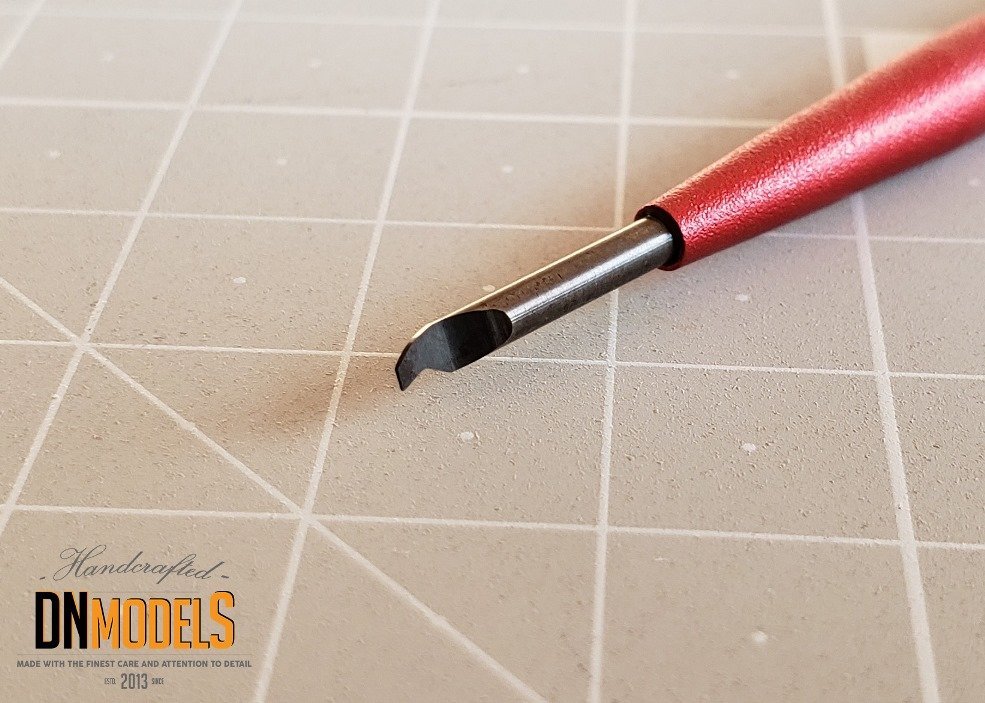 Everybody have experienced troubles when something has to be removed from the flat surface of the model. If you don’t have the right tool, shaving plastic from plastic could cause damage. And in most cases it does. If you don’t have a chisel, you will encounter some trouble. If not this time, then the next.

Border’s so called carving knife is exactly that. How much of it is meant for “carving” is not clear, but the thing is perfect for removing rivets, bulges and what not from the kit. And nowadays, with kits that offer several options in one kit /as with Border Panzer IV too/, this tool is mandatory. Some of the kits have tens of rivets attached to the sprue that needs to be removed and this the right tool to do it. 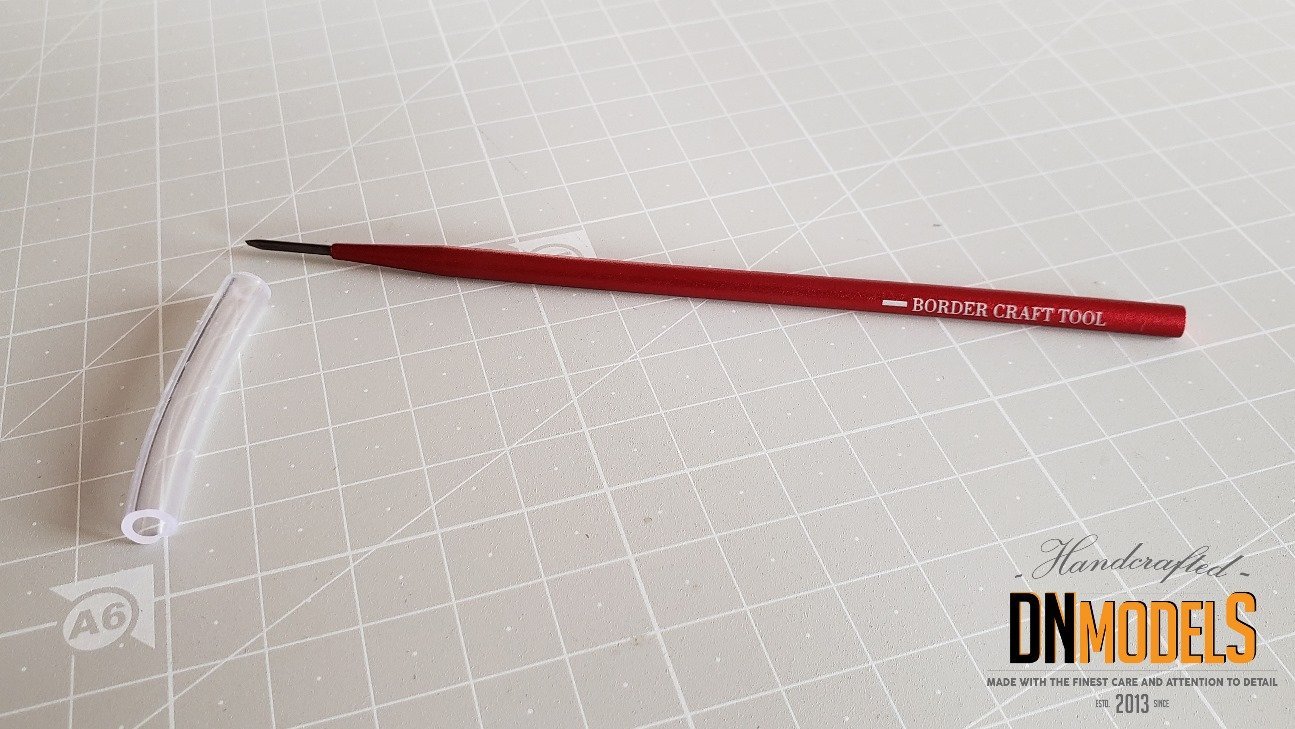 It head /cutting end/ is thin and that is perfect. It is about 1.5mm wide, and if it were to be designed bigger and wider, that would’ve limit the usage of the cutting tool a lot. Better to do it in several goes, than do a mess with one. As with the Border’s Engraving blade it comes with a red handle and at a same length – around 130mm. It is also sturdy and even if you need to knock on its end to help cutting, it seems that it would sustain the damage and serve properly. 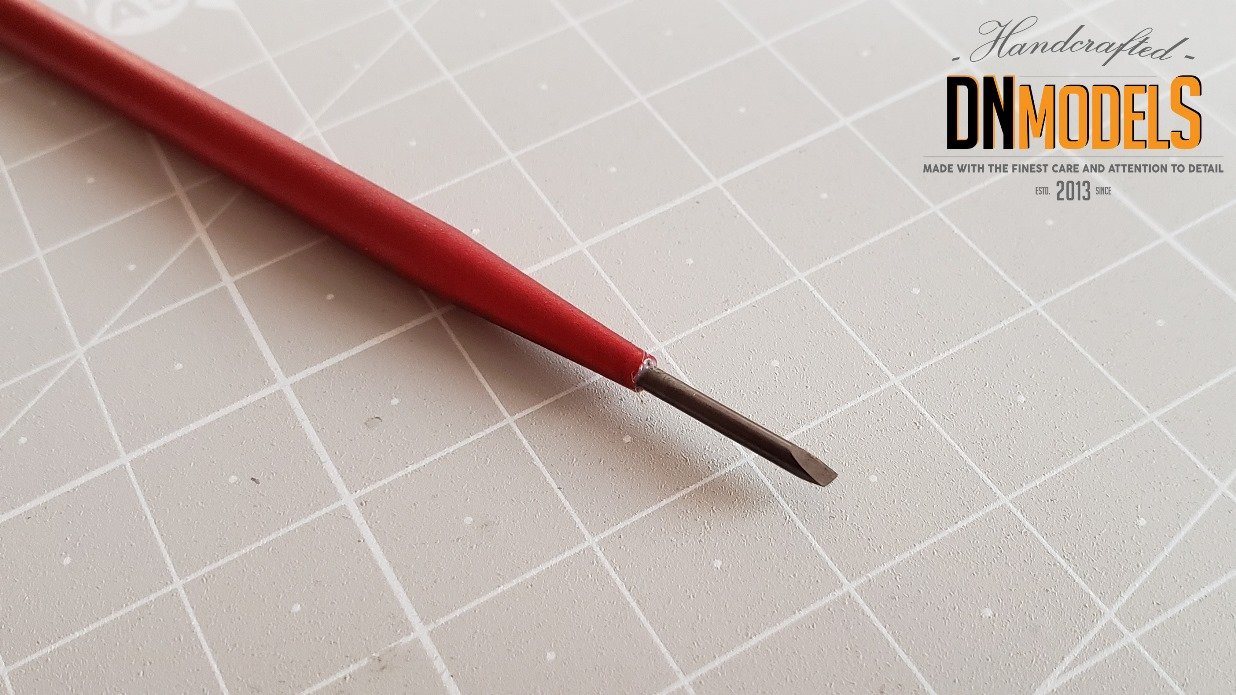 Since that is a tool that you will punish more than the rest eventually, life expectancy is to be closely evaluated. That can happen over time though and probably soon many will share their experience and personal feelings. From the initial observations, it looks good enough.

Of the four tools from Border, this one will probably will work best for everyone’s modeling adventures. Tweezers are one of the most important tools that a modeler needs. In all their possible shapes and sizes. And Border tools came up with a clever design. 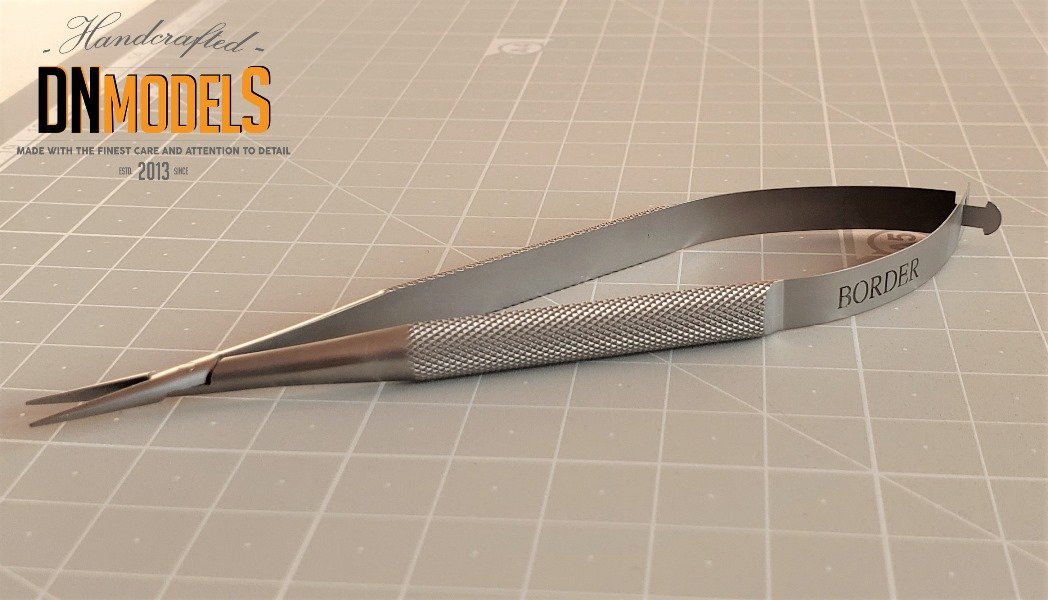 The tweezers’ handle ends are attached one to another. That gives quick performance and have really nice practical decision embedded in itself. You can hold the tweezers as a pen thanks to that, which is beautiful from a modeler’s standpoint. Even though unusual, with little bit of experience, one will fall in love with this tool. 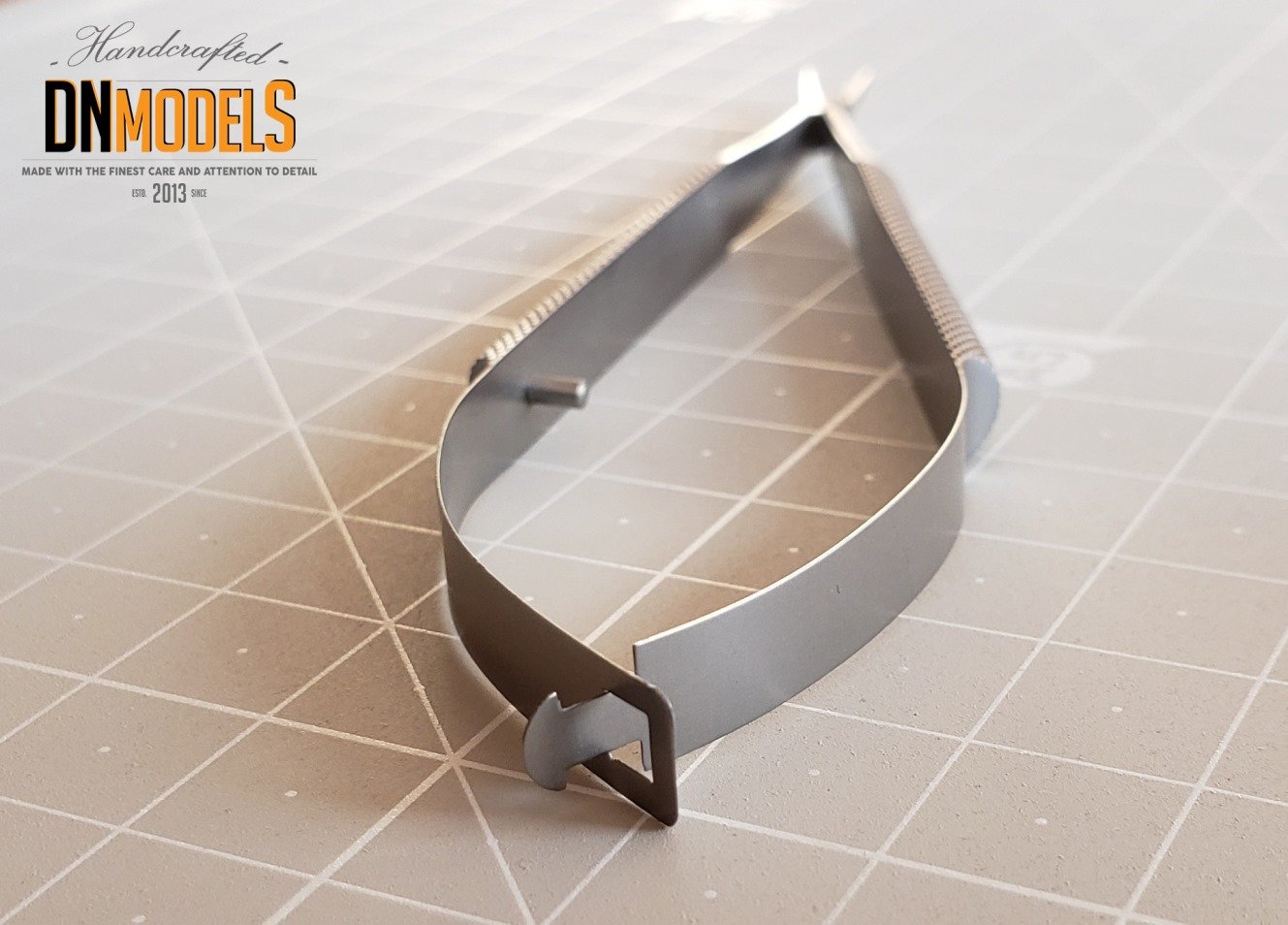 The business end is delicate and it can hold the tiniest rivets or photo-etch parts of any kit. With that said, a clarification is needed here. These tools from Border are designed mainly for the most popular scales in modeling. From 72nd through 48th and up until 32nd in aircraft and from 48th to 35th in armor. That doesn’t restrict anybody from using them with 1/24 or 1/144, but from what you can get initially as an impression, it seems that 48th and 35th scale are the part sizes that those were designed for.

The tweezers will handle the most delicate items for sure and I trust that if Border widens their range of different tweezer designs and sizes, they will quickly become leader on the tweezers market. 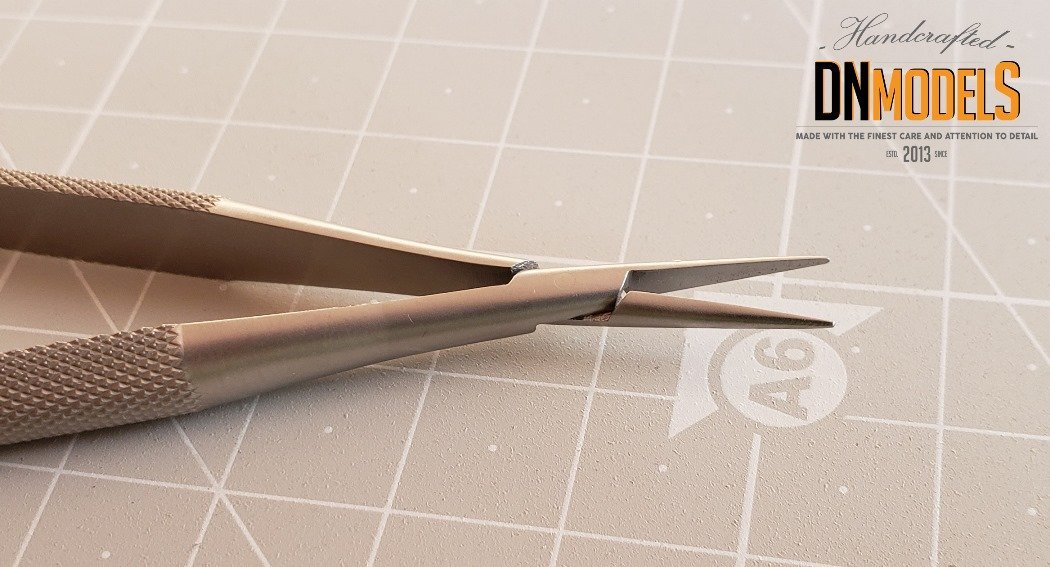 Is this all you need for modeling? Most definitely not. You will need 4-5 times more than that in terms of basic tools to be geared up properly. But, one must admit Border Model’s efforts and the fact that their tools are very good. Especially the tweezers.

With that quality, Border will quickly climb the ladder and will take a deserved place in the modeling lists of good companies providing with useful and clever tools and designs. Those four mentioned above are oriented toward different stages in modeling, but they are all very practical and well crafted. Besides, this is not all that Border can surprise you with. So if you are searching for good add-ons to your work bench or you are about to step into modeling realm, you should definitely consider Border tools as an option.