Arctic Splinter Camo scheme in 48th scale was released by DN Models as a mask set quite a while ago. Our line of Aggressor camouflages covering most interesting camo schemes on the market was somewhat incomplete without a proper Hornet among them. That was a mask set that was accompanying our ATARS Tiger camouflage, which was surprisingly released from Kinetic as a part of their Gold Series not so long ago. We knew from the very first release of Kinetic’s new Hornet that ATARS set will be included somewhere along the line, because the ATARS pod was on the sprues from the beginning. However we never imagined that part of the Kinetic line will feature kits that match exactly our mask releases. 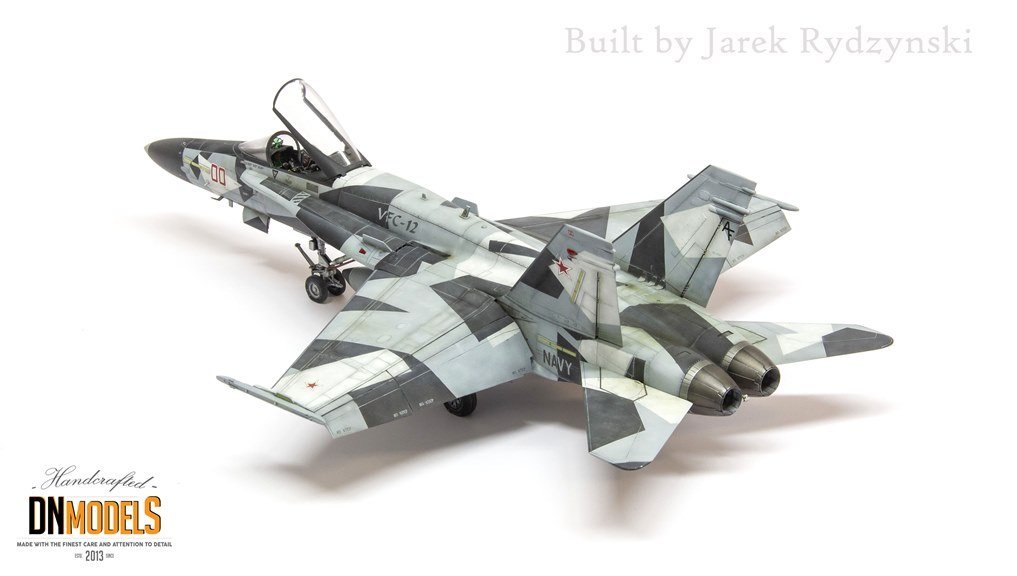 This was done a while ago with DN Models’ Masks. Jarek was very kind to allow us to use those.

Kinetic’s latest announcement is coming as another surprise with Arctic Splinter Aggressor scheme, about to be on the shelves in January 2020. It will be basically the same good Hornet that they offer, inspired by the demand by the modelers and probably the fact that the upcoming Top Gun Maverick movie will feature Hornets /although Super/. Kinetic are not stupid, they know that people will start paying more attention to all Hornet variations soon enough.

And what better option than a proper Aggressor Hornet, Top Gun-inspired camouflage combined with a contemporary tooling and good decals? 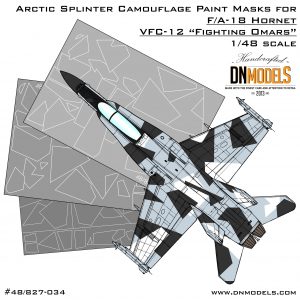 It is hard to miss the fact that Kinetic are releasing kits that match some of DN Models’ mask sets, with some decent delay. It is something that may be a pure coincidence. It may be as well inspired by the demand, because modelers all around the World admire and love Aggressor paint schemes. Whatever the case is, we at DN Models are way ahead of their game. We released the Tiger ATARS before them /check for a full video below/ and we did the same with the Arctic Aggressor a while ago. And we are more than happy that Kinetic are getting up to speed with their own releases, because that will give modelers the best possible combo of kit and aftermarket mask sets so they can complete their kits more easily and straight-forward.

Check Jarek’s Facebook Page. He is an amazing modeler!

One thing you must be aware of though: most of the companies do not pay much attention on the accuracy of the camo schemes they publish. We, on the other hand are all about that. And if you want to be sure that your scheme will match the real deal, follow our mask set offerings’ instructions. We made sure that we are as close to the real aircraft as possible. We try to always do our homework.

What Kinetic are about to offer with their new Aggressor release, is another subject. And we will soon find out. Is their camouflage will match the real thing is just an aspect of the whole thing. How many options will be included is another. And hopefully that won’t be their last Aggressor along their F/A-18 line. Nor they won’t limit themselves to the Legacy Hornet only and we will see the “Super” soon. From our end at DN Models, well, you can expect a lot more on the Hornet subject. Both – Legacy and Super. And most likely we will be again – the first to offer them. But nevertheless, the others, like Kinetic in this case – are more than welcome to follow!