AH-64 Apache is the Elephant in the Room when it comes down to Helicopter modeling. There are kits in most of the scales wanted. However, none of them is good enough. Not according to the contemporary standard. And in the same time, the Apache, alongside with Mil Mi-24 is the epitome of an attack helicopter. It participated in most of the serious conflicts around the World. That includes Desert Storm, Kosovo, Afghanistan and many many others. It is still being manufactured /production started back in the 70s/, with most than 2400 already built. Countries are still buying it, with the latest order consisting of nearly 100 AH-64 Guardians, going to Poland quite soon. With all that, we have whatever new kits you might think of, including plenty of tractors, supporting vehicles, trucks, cars, but not the Apache attack helicopter in decent, modern tooling.

This system bug had to be fixed. And Takom cleverly intervened. Not with one, but with two options all together. Finally, in the autumn /hopefully/ of 2022, we’ll get to see a new, modern tooling of the AH-64 Apache helicopter. And it won’t be a big surprise if some of their competitors show up their tooling variation soon after too. They obviously love to do that. But for now, only Takom officially demonstrated the will to go down that road. 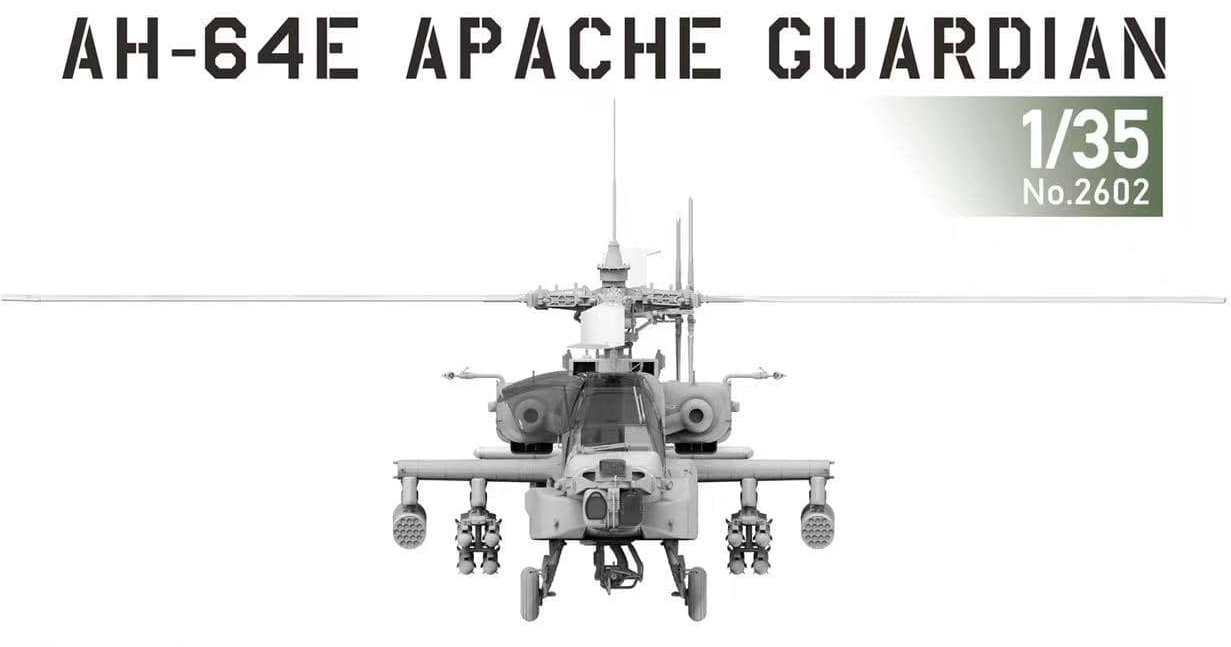 Takom AH-64 helicopters will be in 35th scale. Arguably, the most adequate and popular scale when it comes down to rotorcrafts. What exact features the helicopter toolings will feature is not yet perfectly clear. However it is clear, that the Legendary Longbow will be one of the versions. You all remember Nicolas Cage in Fire Birds, kicking enemy’s ass back in the early 90s with his Apache. Then, the concept of the radar use was introduced /on his girlfriend’s Kiowa/, clearing up the fog around the Longbow idea. Not the exact same thing, but close. Shortly after, the Apaches with the big ball thing above it became the most distinguished western attack helicopter. It is officially called AN/APG-78 and is a millimeter-wave fire-control radar, mounted in a dome above the main rotor. Clearly visible on the box cover concepts introduced by Takom. And you’ve seen it. That is certain.

Even though by itself quite weirdly looking, the Longbow Radar makes the AH-64 silhouette distinctive, just as the Mi-24 wings does for the Soviet helo. Of course, among modelers there are many professionals that know a lot more than said here, so we won’t bore you with details anymore. It is enough to know that you will get two Apaches, one Longbow and one Guardian in 35th scale, at expectedly affordable price, as with most of Takom’s kits. It is also expected, that if the kits don’t feature enough interior goodies, like decent cockpit and engines /which is unlikely/, quite soon some resin maker will step up. 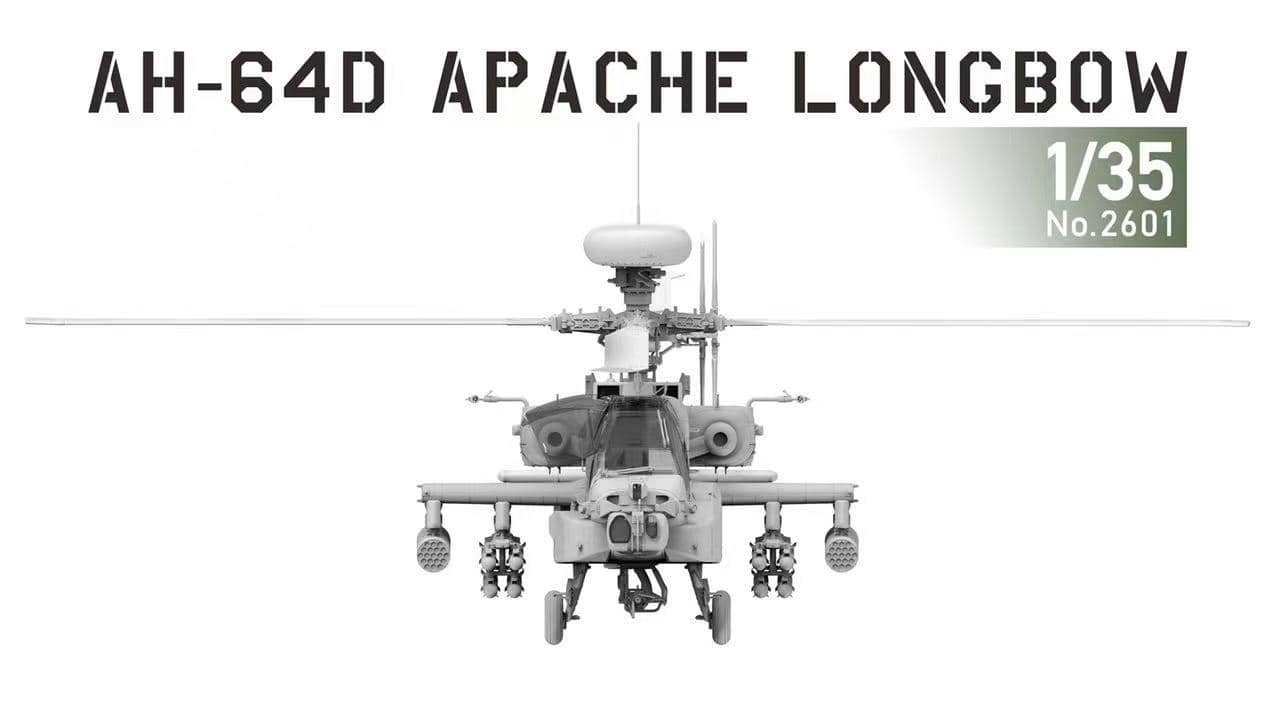 Finally, after years of waiting, the AH-64 Apache is about to be re-discovered. Both by the modelers and on the modeling show benches. Just imagine the possibilities: Japanese and Israeli Camo schemes, Greek worn appearance, demo schemes…Imagination is your limit. Especially Hellenic demo Apache, which is probably the most attractive AH-64 Demo around the World, making such a modeling project even more fascinating than it already is. All that combined, leads to one conclusion only: Superb News from Takom! From our end, we’ll do our best to produce the most interesting masks options, starting with the canopy of course. And we can hardly wait to get started on the project!