Several times this year I mentioned that 2016 will be The Year of The Abrams in terms of kits and more or less – in history. 25 years after Desert Storm, Abrams is still one of the leading tanks in the World, alongside with Leopard 2, Merkava IV and T-90. It is the only one among those featuring turbine engine and probably the most used in real combat conditions alongside with the Merkava IV. However, Merkava is used only in the Middle East, while the mighty Abrams is currently deployed all around the Globe and probably took action in most parts of it.

Rye Field Model surprised with their Tiger I with interior. It might not have been the best Tiger I out there, but full interior was something interesting. During 2016, Meng, Academy and RFM announced Abramses, with RFM even doing the 25 Year Anniversary one. Now, they will hit the market one more time, with M1A1 /M1A2 with full interior. This is not only cool, it is awesome! Mainly because of the turbine engine. But not solely. The M1A1 /M1A2 is a rather complex combat vehicle, and it is interesting to peek inside of it, even though scaled down and in plastic.

The Full Interior tendency is very hot right now, as we constantly see new things with their guts out: MiniArt T-44, Su-85, Meng’s Bradley & upcoming Tiger II, RFM Tiger I, Takom with their new Tiger IIs. Now, nobody thought of making M1A1 Abrams in that matter. But yeah, apparently Rye Field did. From what we know about the company so far, we pretty much can guarantee that this will be a winner. Even though new on the market Rye Field proven to be on the right path and with new and fascinating ideas.

With the preliminary info about the model /pictures of which you can see here/ it is visible, that they will play no games. The whole M1A1 looks crowded and it should be. Also, we have a lot of competition on that field. Even with different versions, other brands offer us pretty much nearly-perfect Abramses, for which we shouldn’t complain.

Modelers though are a breed which always demand more, and it seems like the new M1A1 from Rye Field will give them exactly that.

Recently, the most featured camo of the Abrams is the desert one. However, DML announced their re-pack with a green NATO camo scheme, and here with RFM M1A1 we have the same on the boxart. The camo schemes are again- desert prevailing, but we have a different option as well:

For myself, this one shown above is the way to go. But RFM took care about other modelers with different taste as well:

As you can see, the camo schemes are done in a collaboration with MIG/AMMO, which is starting to become a standard in the business. I’ve already seen couple of people buying kits from Meng alongside with AK paint sets released especially for them.

Those paints are far from the best, but they do guarantee perfect color match and for some modelers that is enough. I think it is not a bad thing, since we do have more options. Whatever the case is, all camo schemes made alongside MIG /who is an expert in colors and camouflages/ are quite promising and it is nice to have em more in more in different manufacturers.

Those schemes shown in RFM new Abrams are doable with masks, and if there is an interest about it DN Models will release Abrams set in the near future. There are many more options of course, it is a matter of deeper research.

As for the interior kit we are about to get – well, those are exciting news. From what you can see in the pictures shown, you can guess that this will be an “A” model and with great quality. I am still not sure about the price, but knowing what they offer Tiger I at, I am pretty sure that it will be acceptable. It is a matter of a personal choice, either to get Meng, Academy, Tamiya or RFM. Or maybe another brand? The Year of The Abrams is not over yet… 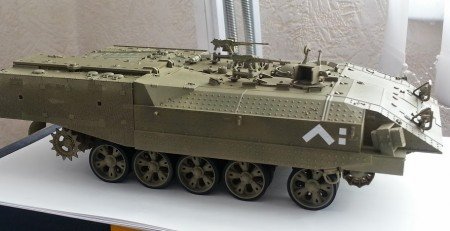 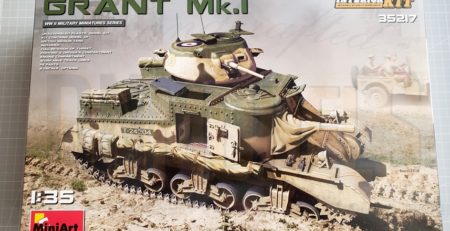 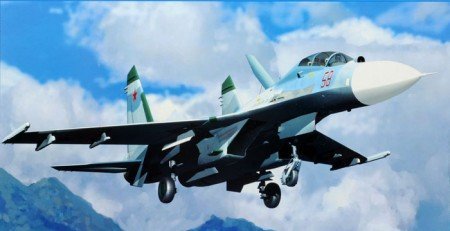 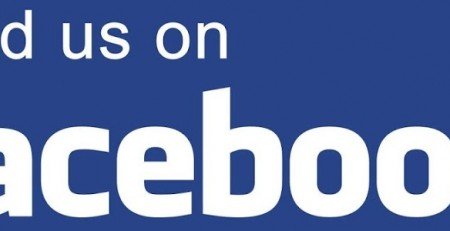 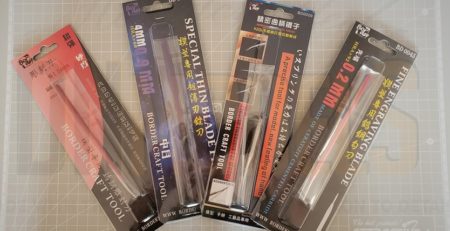 The Company: Border is a company from China, which is... read more