It’s been years since Trumpeter announced a quarterscale Hind. It was pushed down the road over and over, but it is finally here. For the Mil Mi-24 Hind, no intro is required. On the other hand, Trumpeter – being the only real 35th scale Hind provider, are known and respected as a scale model manufacturer. Both those statements mean only one thing – a quarter scale Hind from Trumpeter should be a promising investment. 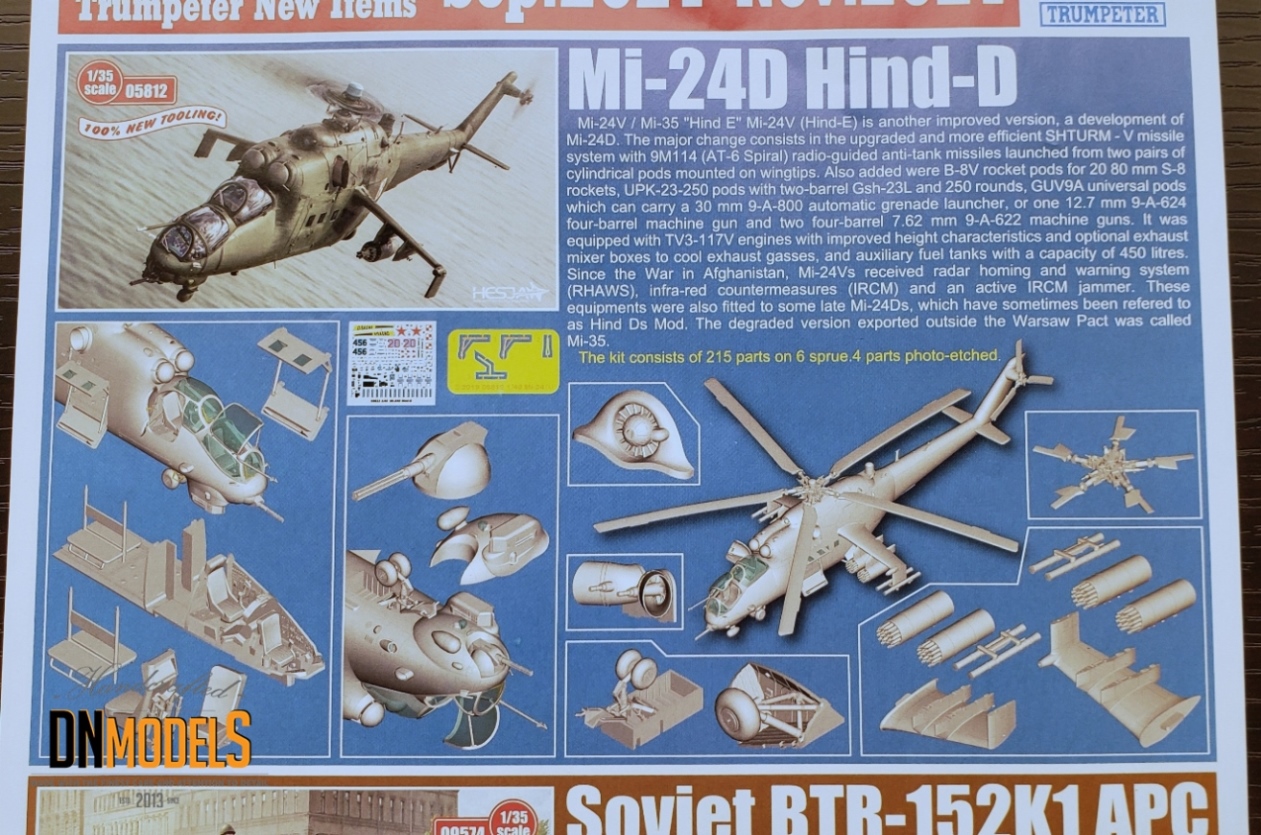 No more waste of words, let’s get straight to the point:

that Mi-24D comes from Trumpeter does not feature a boxart. It features an aerial photography from a Polish company that deals with exactly that. A different approach, to a rather easy and straight-forward task: depict the most recognizable helicopter in the World. The photograph shows a Polish Mi-24, most likely in the later years of its service. The Hind is in dark gray camouflage and is flying over water. Not much under the wings, nor a very stunning photograph. But it seems that it will do just fine.

The Trumpeter’s 1/48 Mi-24 box is rather small. It features a 3D renders on one of its sides, plus a description, that focuses more on Mi-24V and Mi-35 than on the D variant. Nevertheless, some usual info can be found there, especially if you are new to the subject. And the latter one is deep and wide, so be prepared for a lot of reading before starting this project. 1/48 Mi-24 should be treated as a serious thing, because it is not small model, nor it is simple in shape and appearance. 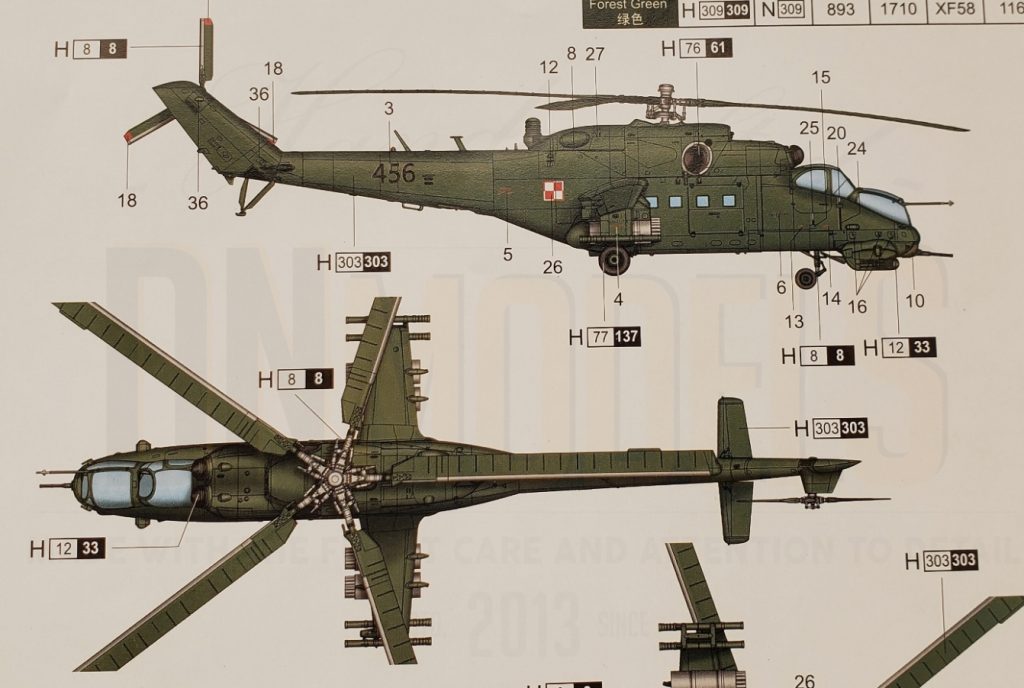 and the painting sheet can be found on the bottom. The building guide is the typical Trumpeter, which is rather disappointing in 2022. Trumpeter hasn’t moved an inch in any direction in regards to their instructions. Nothing much to say about those here either. Unfortunately, same goes for the paint options, which are two. First one being the helicopter depicted on the box, dark gray, Polish service. Second one is the standard early Soviet camo with clover-like spots all over the helo. However, the latter one isn’t exactly correct when you put it next to the real aircraft pictures. Luckily, there are options there, different that the ones Trumpeter gave us. 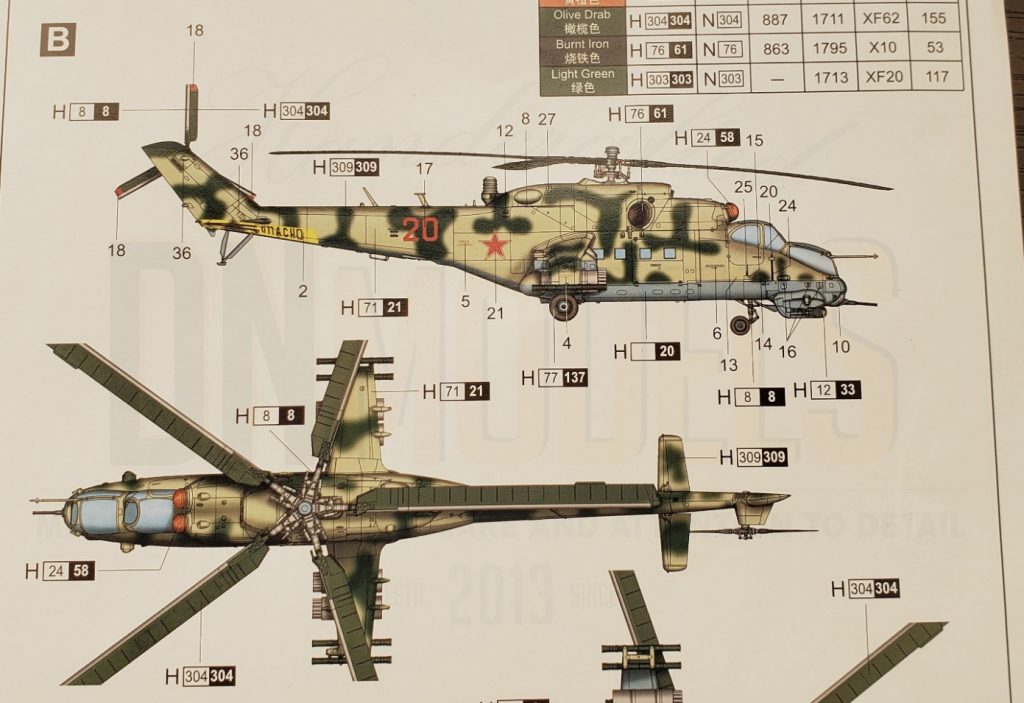 Trumpeter 1/48 Mi-24D Hind-D is not the same boring story as the one we told above. Just the contrary.

are spread throughout a decent number of sprues and even though not overly many, pretty satisfactory as a count. Plastic is the same Hobby Boss/Trumpeter that we all know and love, so no surprises there. Surface wise, it is the same thing – no real news here. However, we have to add, that there is a competitive kit that should be considered. And that is Zvezda, released in early 2021, which is in the same scale and is known to be geometrically accurate. Not 100% of course, but at a very decent level. 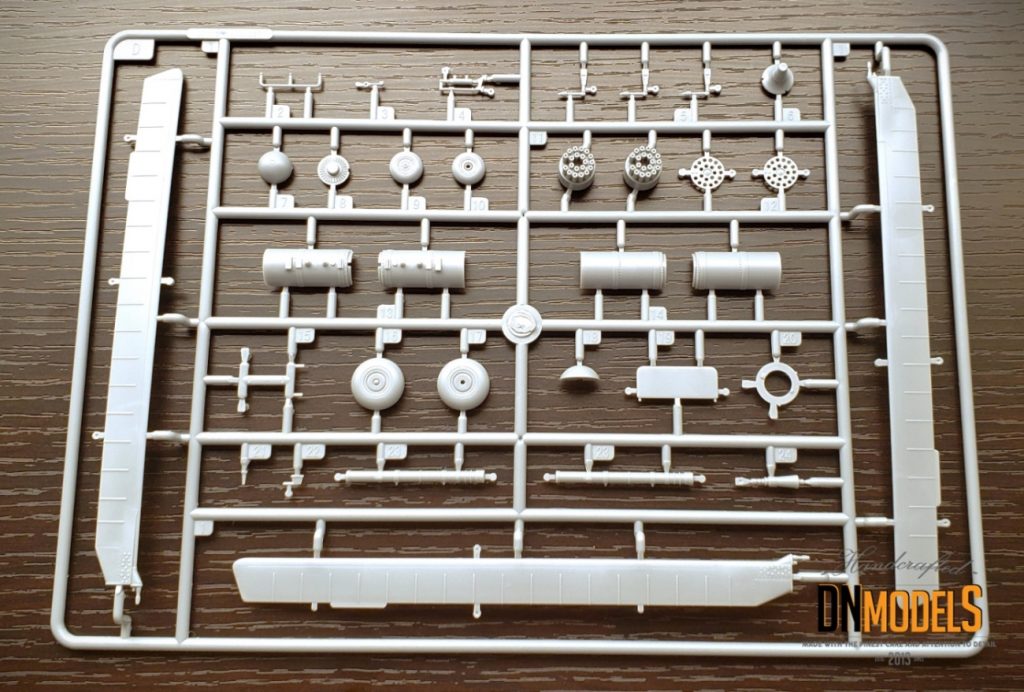 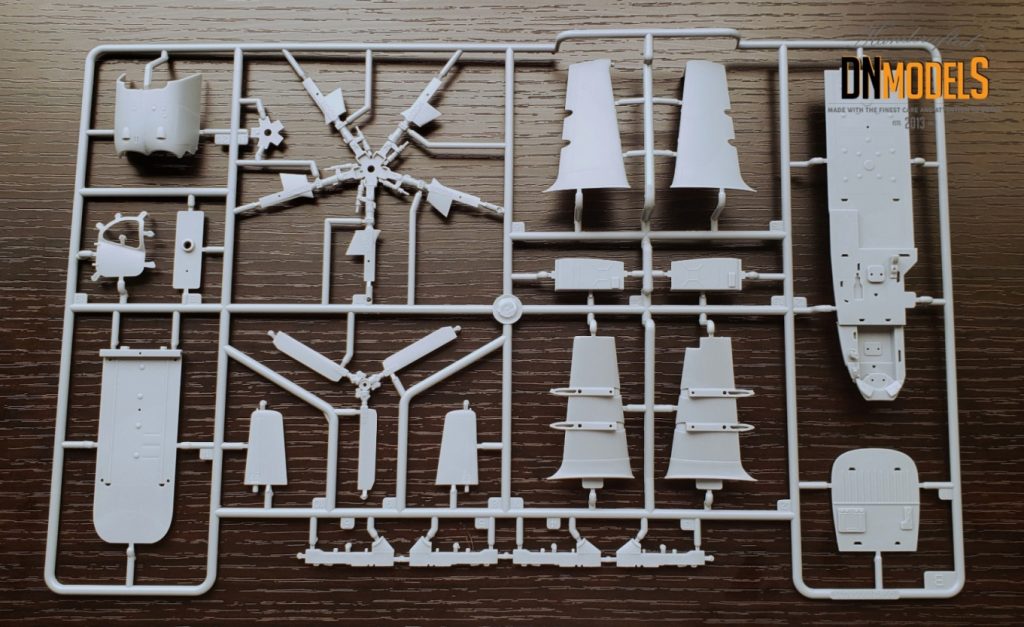 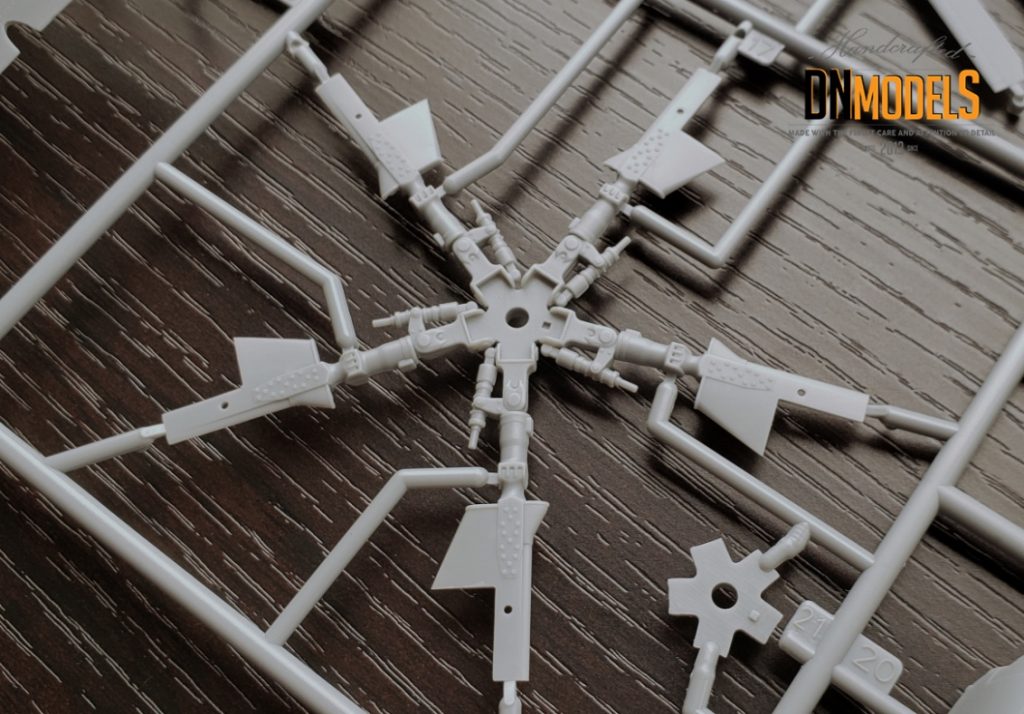 What exactly is the accuracy of Trumpeter kit is hard to be stated. However, this can and will be addressed by the Hind experts out there. Texture- and surface- wise, the kits are not at the same level though. It is no surprise that Trumpeter is much much better in that respect. As seen from the pictures, you can tell that the panel lines are more up-to-scale compared to Zvezda. Another flaw of the Russian kit is the lack of rivets, especially in that scale. Those, even though replicable with a riveter, drawings and patience, are an essential part of any kit of the 21st century. 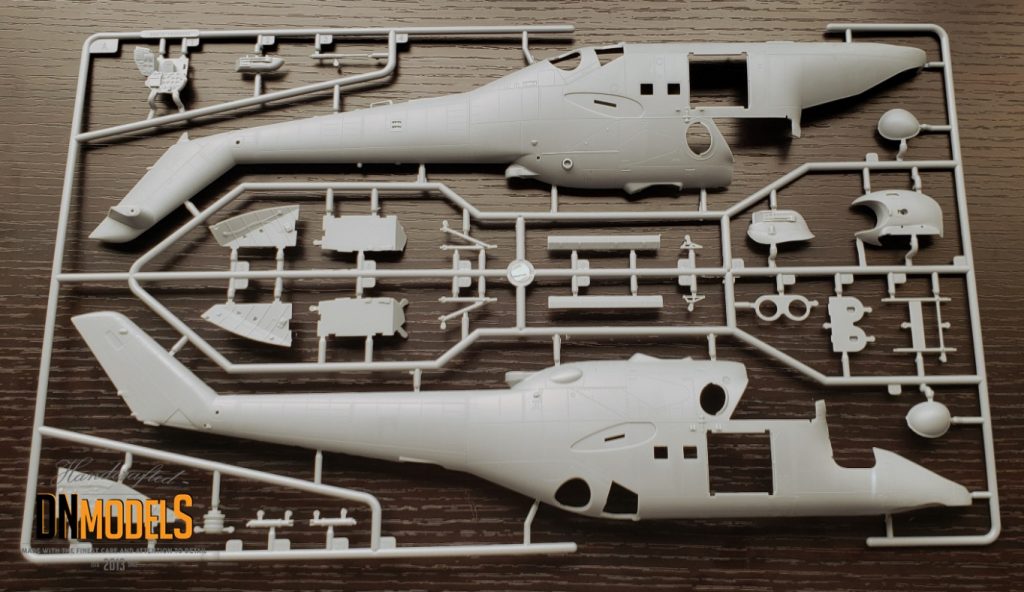 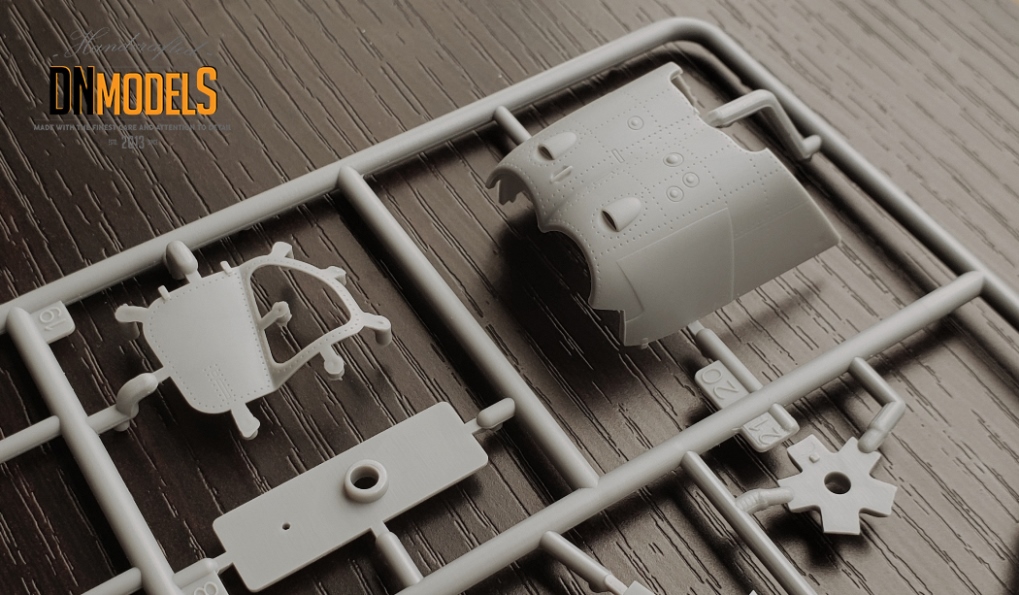 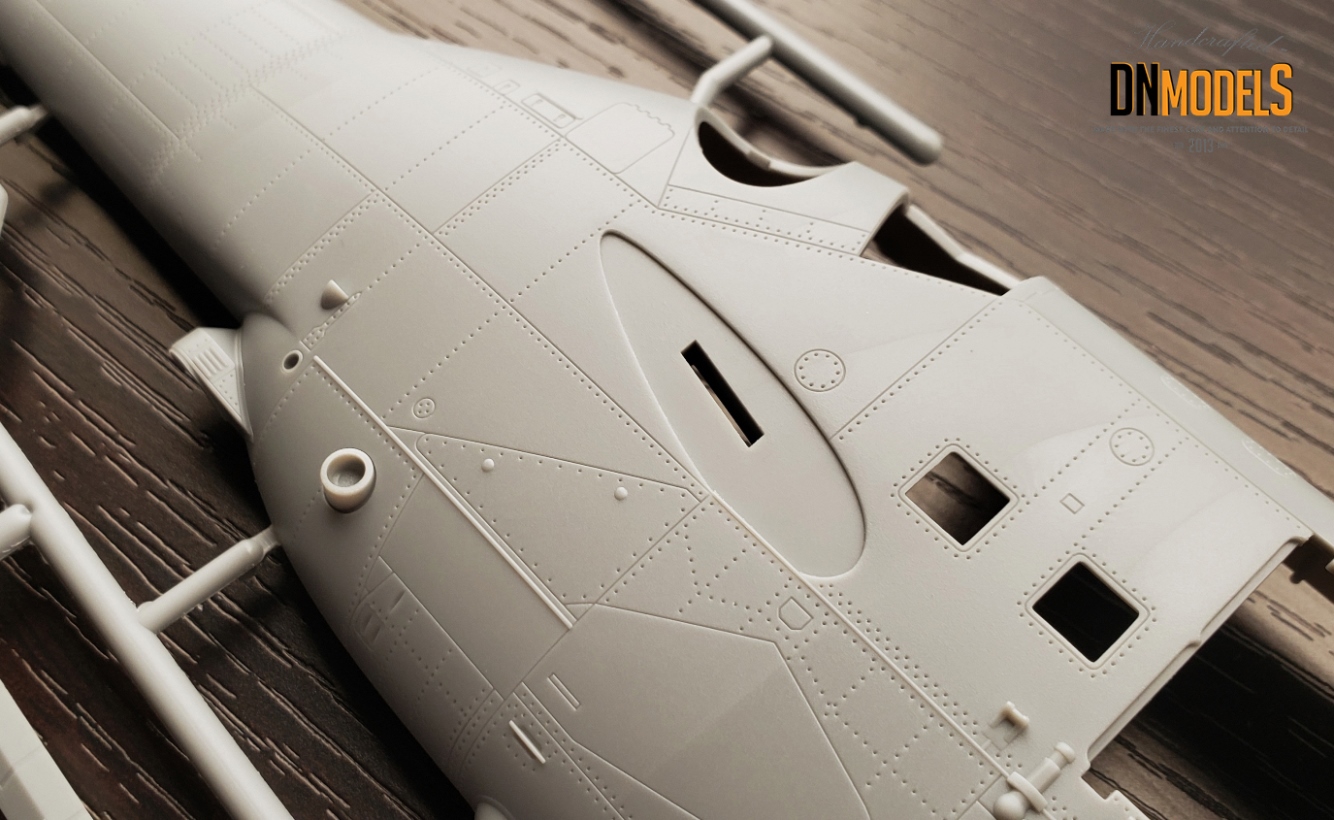 Raising this area of attention, we have to add that Trumpeter have been wrong on that account with some of their releases. They have been over-rivetted and with wrong patterns as well. To some it is better to not have rivets than to have the wrong ones too. But let’s face it – in real life rivets are not recessed holes on the surface, but a bulged dots all over. Which is approached differently in scale just to have more artistic impact than anything else. So in the end it is arguable which one is better – Zvezda or Trumpeter. However, as we already said, we prefer it Trumpeter’s way. And by a lot too. 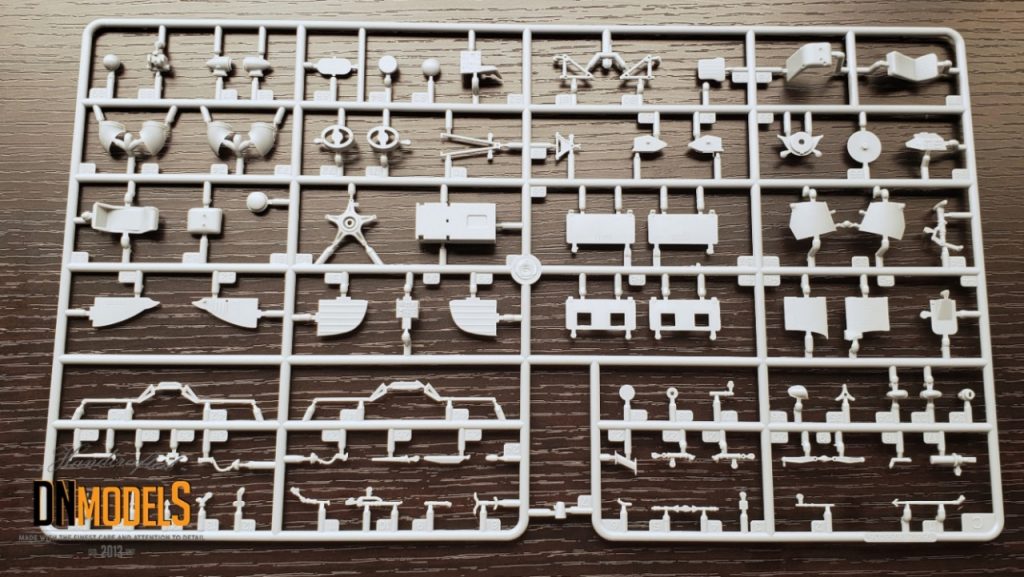 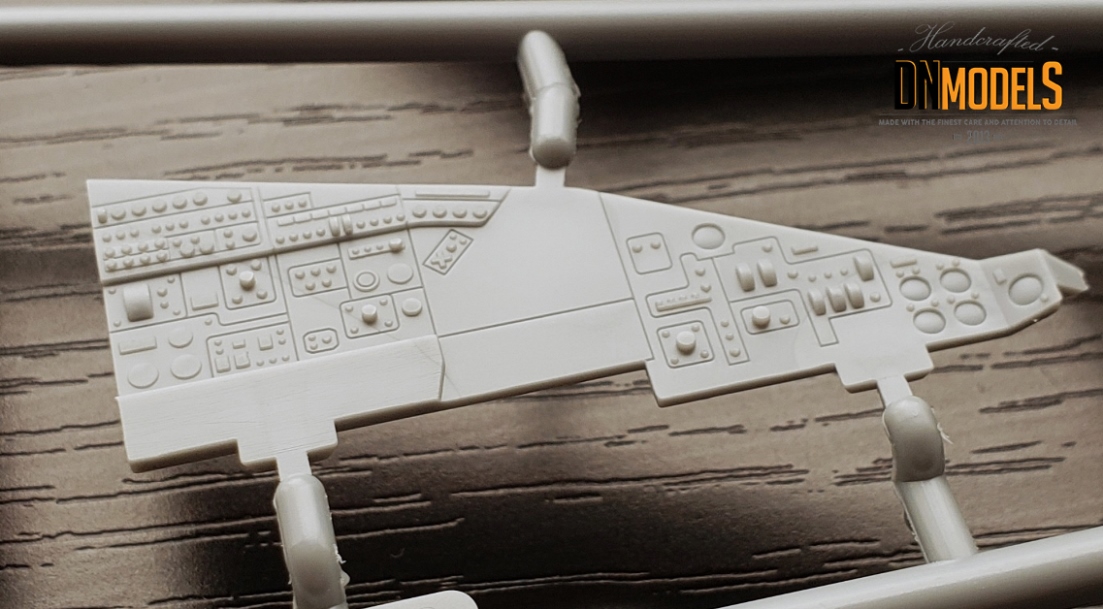 One big advantage of the Trumpeter kits over the competition is that the rotor blades comes with visible sag with this release. That helps depicting of a properly parked Mi-24, which with Zvezda in not so pronounced feature. Again – it is inevitable to compare the two. But once more, Trumpeter is the better option here.

Weak links in the release are the armament and the wheels. Both could have been better, but both are easily replaceable with aftermarket products.

The cockpit and the canopy are very important with Mi-24. It is its distinctive feature after all. And on both sections, Trumpeter and their Hind-D shine brighter than anybody else. Cockpit of course could be improved with a resin substitute, which soon will hit the markets and possibly – from different manufacturers. Canopy however, especially compared to Zvezda’s second grade clear material, shines here. Again pictures shown speak louder than words. We loved the frames, the rivets all over and in general – the overall appearance. 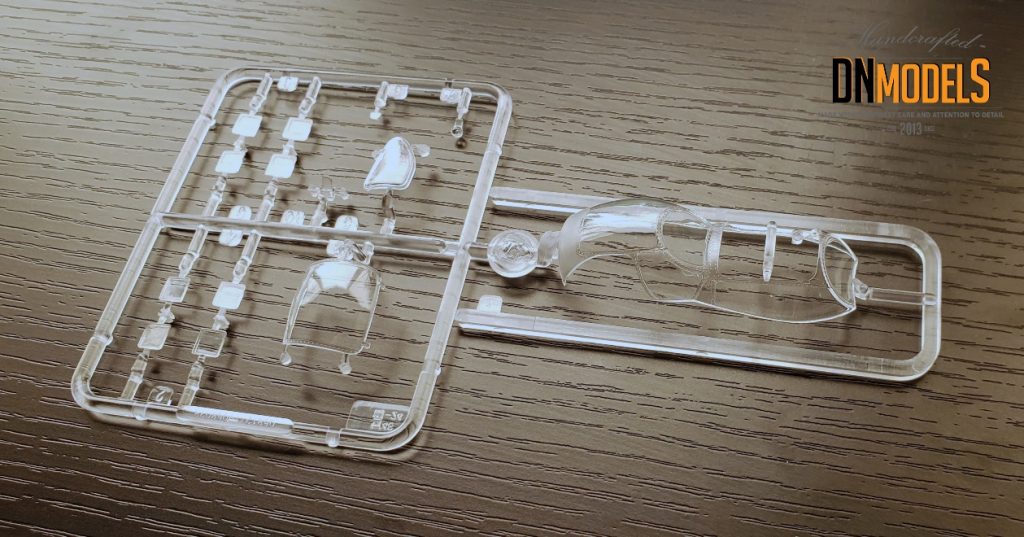 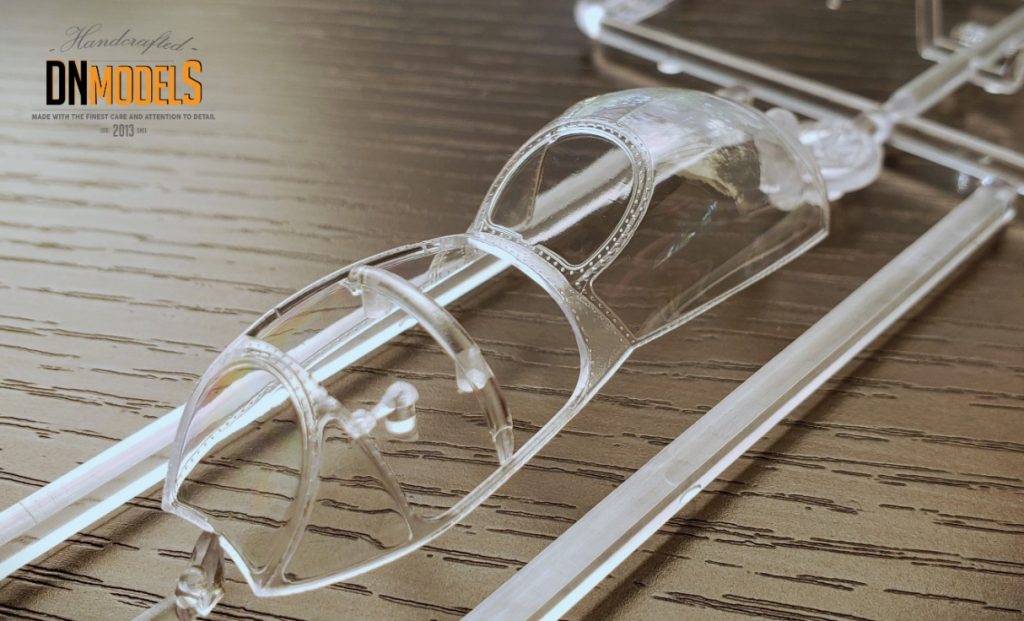 There is photo-etch parts included with this Trumpeter 1/48 Mi-24 release, but the sheet is so small that it doesn’t deserve any attention what so ever, especially if you are a pro-modeler. It is only a matter of time for the aftermarket companies to rip the darkness of that area and flood the market with various and interesting add-ons in PE for this Hind and for its potential conversions. It’s been months since the release of Zvezda’s competitor and you can find a lot for it with various approaches and interesting upgrades. There is no doubt that similar products will follow this Trumpeter release.

This is a kit that we liked a lot from the first glimpse. Design-wise it is a nice tooling, with plastic at a great level in terms of quality. That goes especially for the clear parts, which are very important both interior- and exterior-wise. There is a cargo compartment features, a wonderful rotor with sagged blades, but most importantly the whole kit is a superb basis for a super-detailing. As a platform for the latter, this helicopter is a must for every super-detailer out there. Wire antennas can be added, resin weapons, engines and whatever else you might think of. For Zvezda – all that is already available. But 1/48 Mi-24 is just like that – a helicopter that will most likely suit all needs in terms of modeling. In that scale it is not overly big, nor it is small. It is just right there where you need it. The only suggestion that we have is this: Trumpeter should consider more options. There are plenty of variants. This attack helo has been around for more than 4 decades and still rips the skies. Only one Hind-D is not enough.